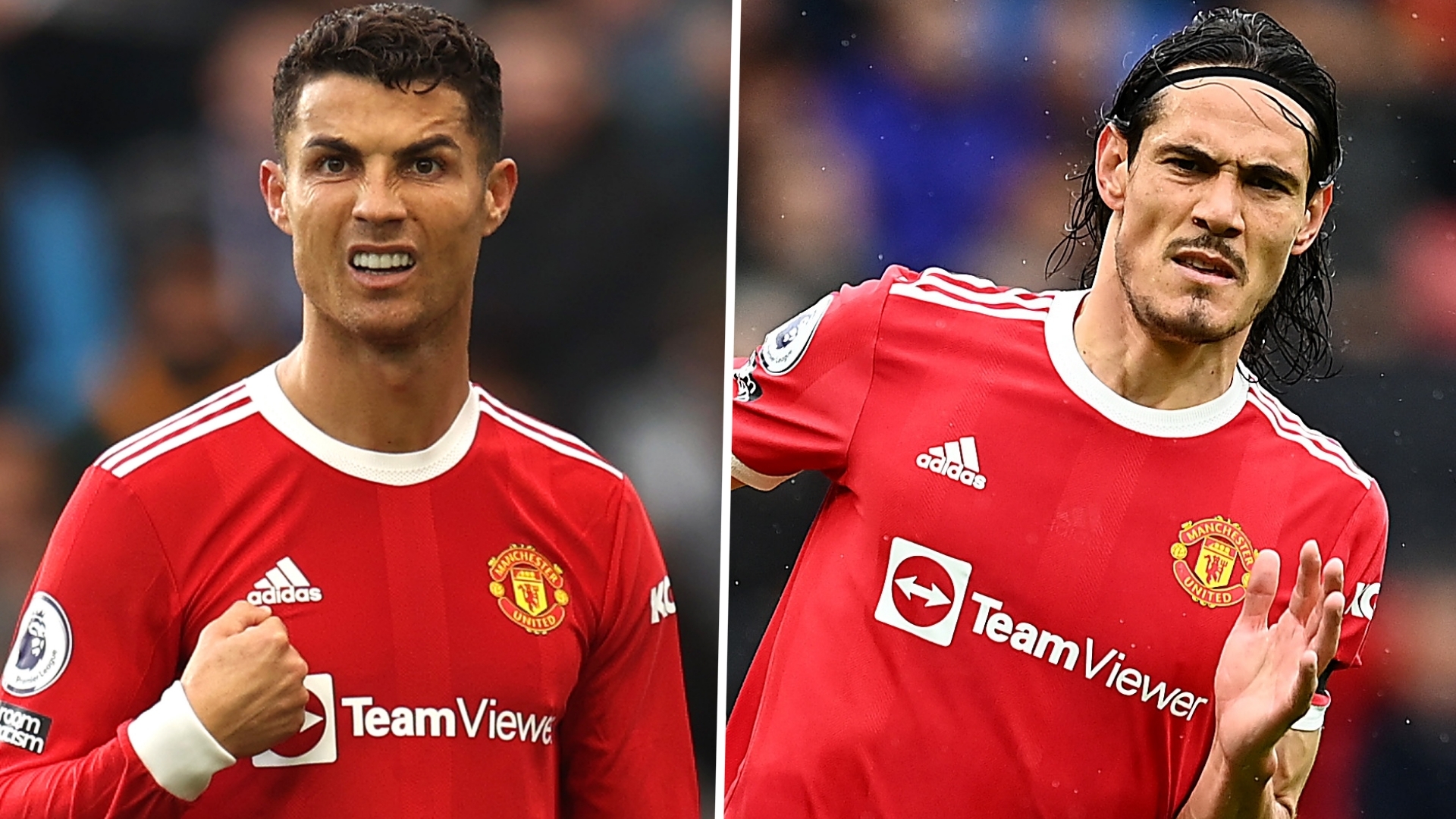 Ole Gunnar Solskjaer is facing a Cristiano Ronaldo and Edinson Cavani "conundrum" among a long list of other issues after Manchester United's loss at Leicester City, according to Gary Neville.

United extended their winless run in the Premier League to three matches after going down 4-2 at the King Power Stadium on Saturday, with goals from Youri Tielemans, Caglar Soyuncu, Jamie Vardy and Patson Daka sealing a memorable victory for Leicester.

Mason Greenwood and Marcus Rashford struck for United, who suffered defeat away from home for the first time in 30 games, while Ronaldo cut a frustrated figure in the final third after being restored to Solskjaer's starting XI.

It has been suggested that Ronaldo's lack of pressing off the ball leaves the Red Devils short defensively, and with Uruguay workhorse Cavani waiting in the wings on the bench, Neville thinks Solskjaer now has a real selection dilemma on his hands.

A club legend also feels that the likes of Paul Pogba, Bruno Fernandes and Jadon Sancho are failing to live up to the required standard, with Liverpool and Manchester City considered to still be well ahead when it comes to "work ethic".

"The great players are able to do it in both ways, but they're biased towards the attacking side of the game. What Manchester United's star players need is to have the work ethic of Bernardo Silva, Kevin De Bruyne, and Sadio Mane. World-class players who work like absolute dogs every game. I don't see that among United's most talented players."

It has been suggested that Solskjaer is on borrowed time after United's underwhelming start to the 2021-22 campaign, with an expectant fanbase beginning to lose patience as a five-year trophy drought approaches.

Neville doesn't think the Norwegian will lose his job yet, though, and remains hopeful that he will be able to find a balance as he continues to manage a world-class squad.

"They are integrating [Raphael] Varane, Sancho and Ronaldo and I feel they'll see it through but there is massive pressure. It's not coming. It's here. It was there before the international break and it's not going to go away. It should be there. It's Manchester United. They've spent a fortune and they've got some of the best players in the world."