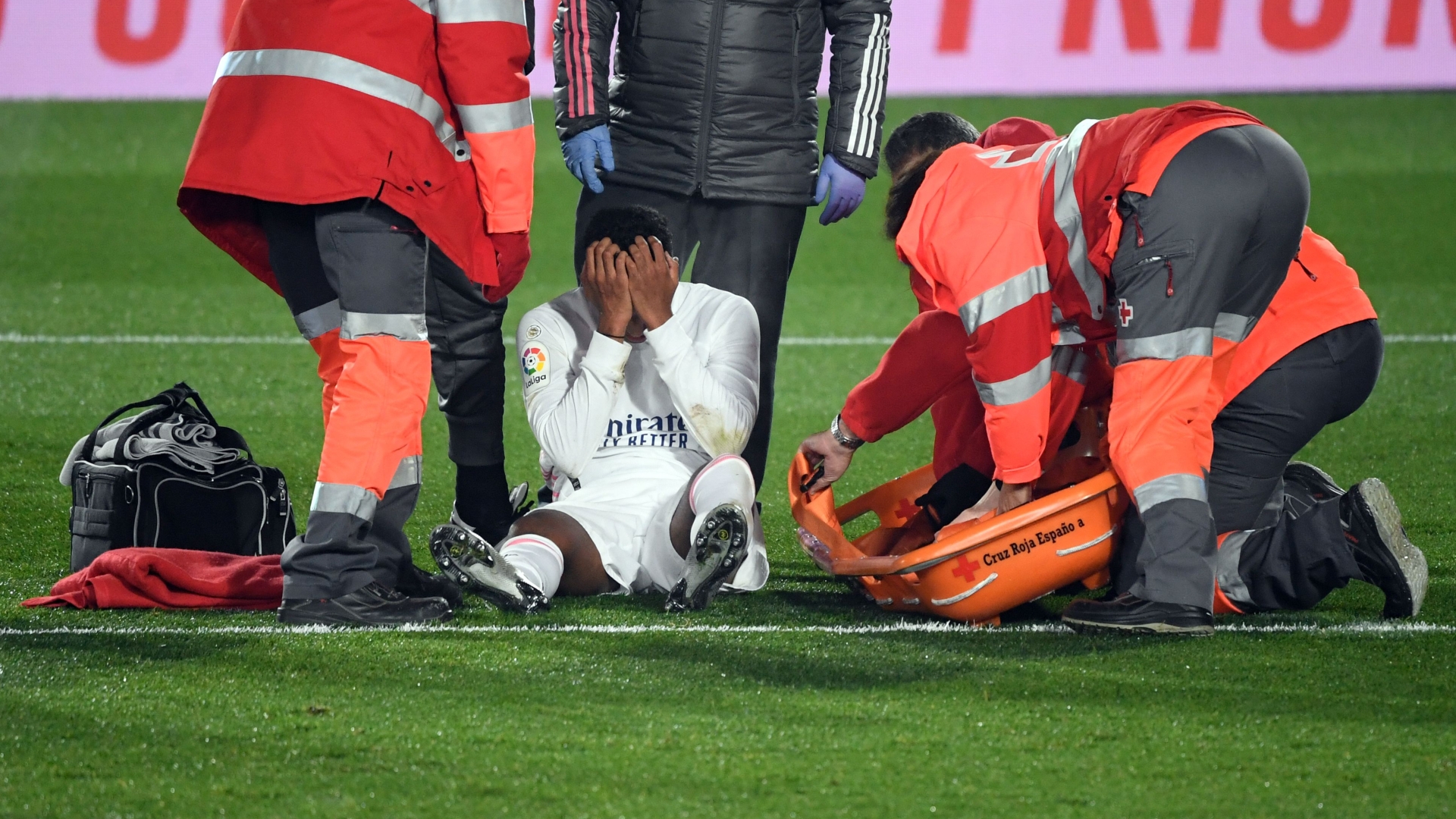 The winger was forced from the field during the first half at Santiago Bernabeu, throwing potential transfer plans into disarray ahead of the new year

Real Madrid forward Rodrygo looks set for a lengthy lay-off after he was stretchered off against Granada in La Liga on Wednesday, handing a likely blow to the club's plans for both the immediate future and the transfer market.

The 19-year-old was forced from the field during the first half of Los Blancos' top-flight clash in midweek, with Marco Asensio replacing him just before the break at Santiago Bernabeu.

Any potential injury to the teenager likely compounds Zinedine Zidane's frustrations in regards to the left flank of his attack, with Eden Hazard only just returned to the matchday squad from another spell on the sidelines of his own.

Rodrygo has stepped up in the Belgian's absence this season but has otherwise faced mostly limited opportunities for first-team action, starting just seven total games this season.

Speculation had linked him this month to a potential loan move in the new year, with both Arsenal and Inter linked with potential bids for his services.

However, any prolonged injury lay-off would both scupper plans for the attacker to find regular minutes further afield and limit Madrid's options in the market too.

The former Santos starlet - who topped Goal's NxGn rankings last term - previously missed the start of the 2019-20 campaign with a hamstring problem, leaving him sidelined for a month as the club began their pursuit of ultimate domestic success.

However, he ultimately emerged as a regular fixture within Zidane's squad across the season, notching 25 first-team appearances as Los Blancos claimed silverware in La Liga for the first time since 2017.

He has played 11 top-flight games this term so far, though has only started four in total - with three of them coming in Hazard's absence over the course of December, including the clash with Granada.

He won his third cap for the Selecao as a second-half substitute in their World Cup qualification clash with Bolivia in October, helping Tite's side to a 5-0 demolition to assert their international credentials once again.

The teenager made his first senior international apperance for Brazil in November 2019, coming off the bench in friendlies against Argentina and South Korea.