The England international midfielder continues to be talked about as a Red Devils target, but Dean Ashton believes he should bide his time in London

Declan Rice is not “anywhere near a £100 million player”, says former West Ham striker Dean Ashton, with the England international urged to bide his time amid ongoing talk of interest from Manchester United.

Goal has confirmed that United are considering a move for the 20-year-old holding midfielder ahead of next season.

He would certainly fit the young, home-grown mould now being favoured at Old Trafford under the guidance of Ole Gunnar Solskjaer.

Rice, though, has offered no indication that he is considering a move away from the London Stadium and Ashton believes he should focus on enhancing his game with the Hammers before looking for a switch.

Quizzed on whether a move between two Uniteds could be made, the ex-West Ham frontman told Goal: “Possibly. I feel as if he’s still got improvements to make and there is no better place to learn and do that than West Ham.

“He might need another season or two under his belt before making a move like there, where suddenly the pressure does become a lot more.

“I certainly wouldn’t be in any rush if I was Declan Rice. I think he’s in the right place to keep progressing his career.”

Pressed further on where Rice needs to improve, Ashton added: “He reads the game very well, he breaks the play up superbly.

“On the ball nowadays, you want your holding midfield players to dictate tempo and I’m not quite sure he’s got that.

“He’s obviously got Mark Noble to learn off, I think he’s still better than him at that, and where I would like to see improvement is on the ball, being comfortable, being able to dictate the pace in what is such an integral position now.”

A move to Manchester may not hold the appeal it once did either, with the Red Devils having endured a humbling fall from grace as West Ham have invested to carry the club forward. 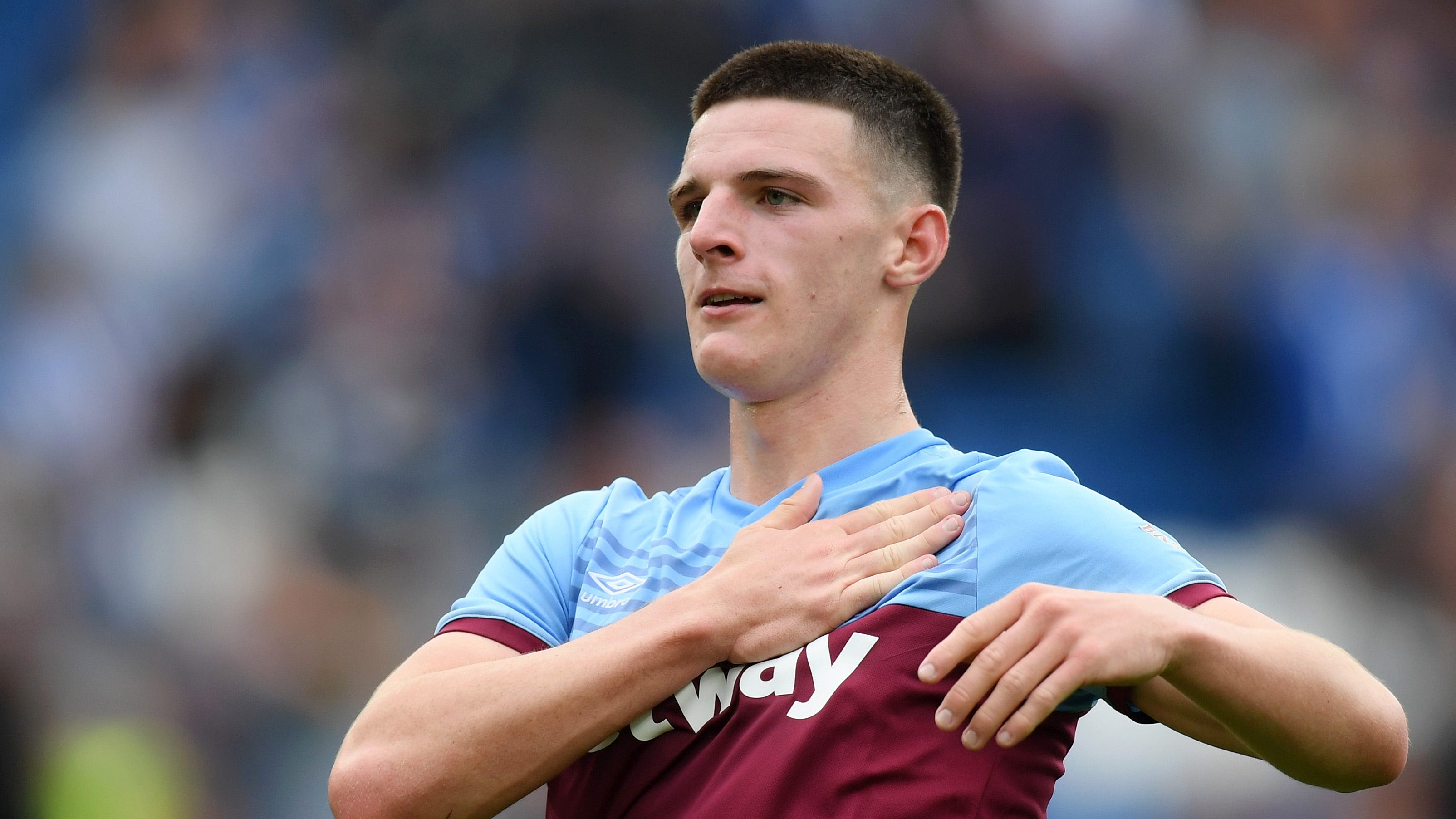 “That does certainly change things, when a big club such as Manchester United aren’t necessarily challenging for trophies,” added Ashton.

“But they are still a huge, huge football club that would always be in the running for someone like Declan Rice.

“But I wouldn’t be in any rush whatsoever if I was him. He does love the football club and I’m not sure he would be in any rush unless the move was absolutely spot on.”

Ashton is also far from convinced when it comes to some of the figures being bandied around for Rice.

West Ham would not part with a prized asset on the cheap, but they are not expected to generate nine figures from any sale.

Ashton said: “I can’t see that. That’s a ridiculous amount for a player of his quality at the moment.

“I don’t think he’s anywhere near a £100m player. It is daft money nowadays, but I wouldn’t be saying that.

“If that was the case, regardless of how good he has been, then I’m sure West Ham would take that straight away.”

Rice is not the only West Ham player to have generated exit talk, with the likes of Issa Diop and Felipe Anderson also considered to be capable of taking a step up in class at some stage.

“I think they are,” Ashton said of the French defender and Brazilian playmaker. “They have shown plenty of glimpses of how good they can be.

“They have been very good signings for West Ham but you still look for consistency and performances and can they do that throughout an entire season? That is when big clubs really start to look at top players, when they are doing it consistently over a whole season.”

Dean Ashton was a pundit on EFL on Quest live from The Hawthorns on Saturday, the home of West Brom. Watch all the highlights every Saturday at 9pm. Also available via desktop and app on QuestOD.