Revealed: Pilot discloses who was behind Wenger banners 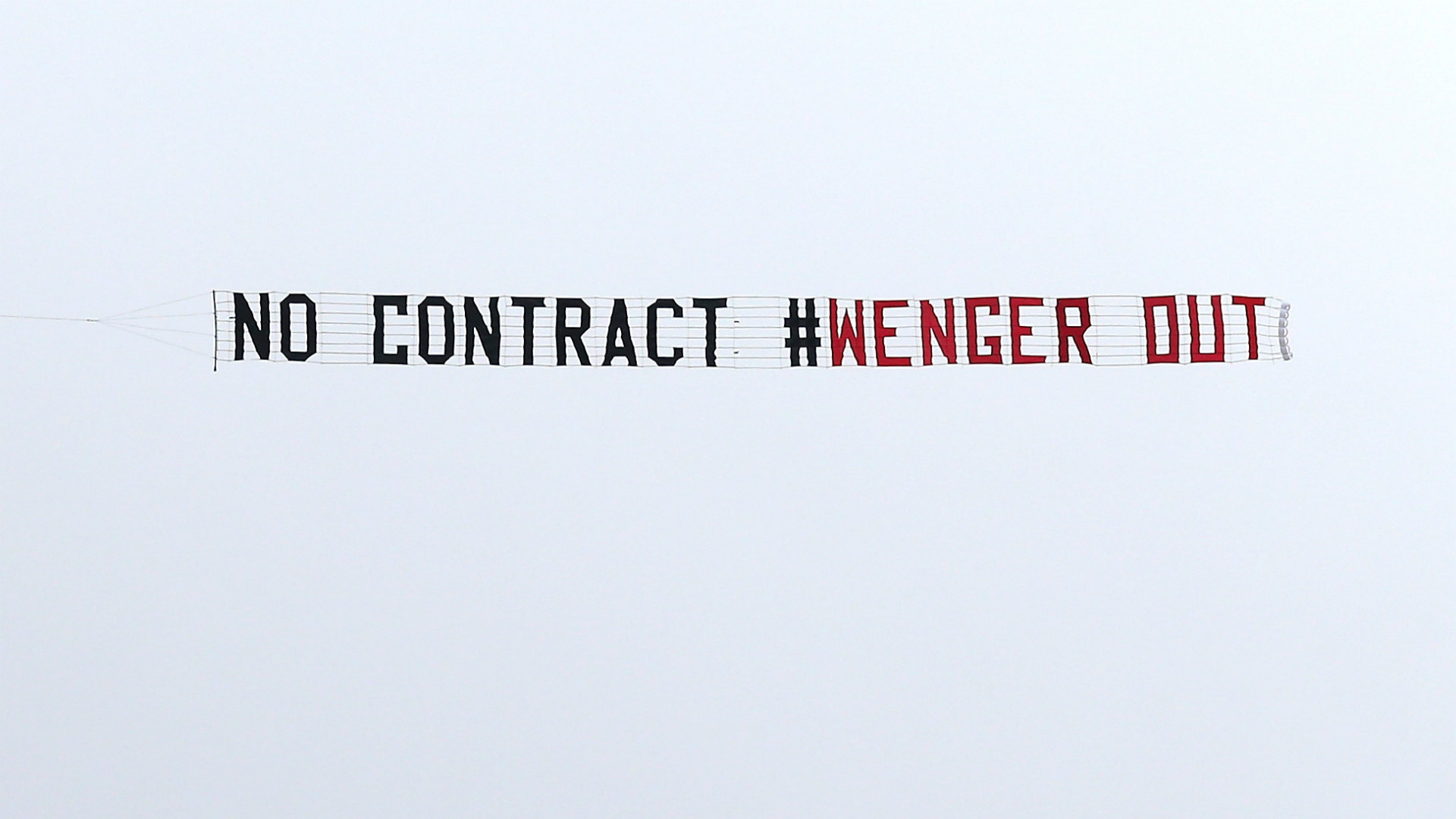 A group of Arsenal supporters in Hong Kong was behind a pro-Arsene Wenger banner which flew over The Hawthorns during the Gunners' match with West Brom on Saturday, Goal has learned.

Two banners were displayed above the Baggies' stadium as pressure continues to mount on Wenger following Arsenal’s fourth defeat in five league games.

The first banner was paid for by a Crowdfunding campaign of ‘Wenger Out’ supporters who want the Arsenal manager to leave the club at the end of the season.

Wenger was quizzed on the banners in his post-match press conference and remarked that he ‘doesn’t look at the stands’ during a game before admitting that ‘he has to live with’ the criticism.

Simon Moores is a pilot for Airads, the company who flew the banners over the Hawthorns on Saturday, and gave Goal the lowdown on how his day unfolded and exactly what ‘aerial marketing’ entails.

“The Hong Kong group [behind the #RespectAW banner] wanted people to know it was from Hong Kong,” said Moores.

“It’s a huge challenge dealing with fans from crowdsourcing operations because they don’t live in the same world that perhaps I do in terms of always necessarily understanding the risks and the weather. The expectations are always too high and also trying to get the funding together can be difficult.

“What happened on Friday was that both sides exercised an option under the terms and conditions to have me go down there and wait to see if there was a gap. The headwind when I took off was horrendous. At one point I was doing 64 knots - it took two hours to go to Birmingham [from Kent] and only 70 minutes for me to get back."

The safety aspect of flying a light aircraft over a football stadium is rarely considered by those hiring one out and Moores explains that there are very few pilots in the country able to do the kind of operation which was seen on Saturday.

“We have minimum safety requirements towing a banner. I have to pick a banner off the ground, I’m doing 100 miles between two posts which are 10 feet apart and 8 feet high to snatch a line like a carrier landing and I need a stable approach.

“If there’s a strong wind it makes it dangerous and if I get it wrong that’s the end of me. Only five of us do the operation in the UK. Yesterday was beyond the marginal limits but I was going to give it a go as I’ve been doing it a long time. In Europe a lot less than a dozen people can do it. A lot of things can go wrong.

“I’ve been a pilot for over 20 years, doing this particular job for almost 12 years. The banner for the referendum over London from the Labour party was me. We do bar mitzvahs, weddings, funerals, masses of football matches, rugby, FA Cup finals. You name it we’ve probably done it. If you can think of anything challenging we’re probably doing it.

“We’ve done every conceivable stunt you can think of. I’ve been tracking it on Twitter and think it is certainly the biggest response we’ve had.”