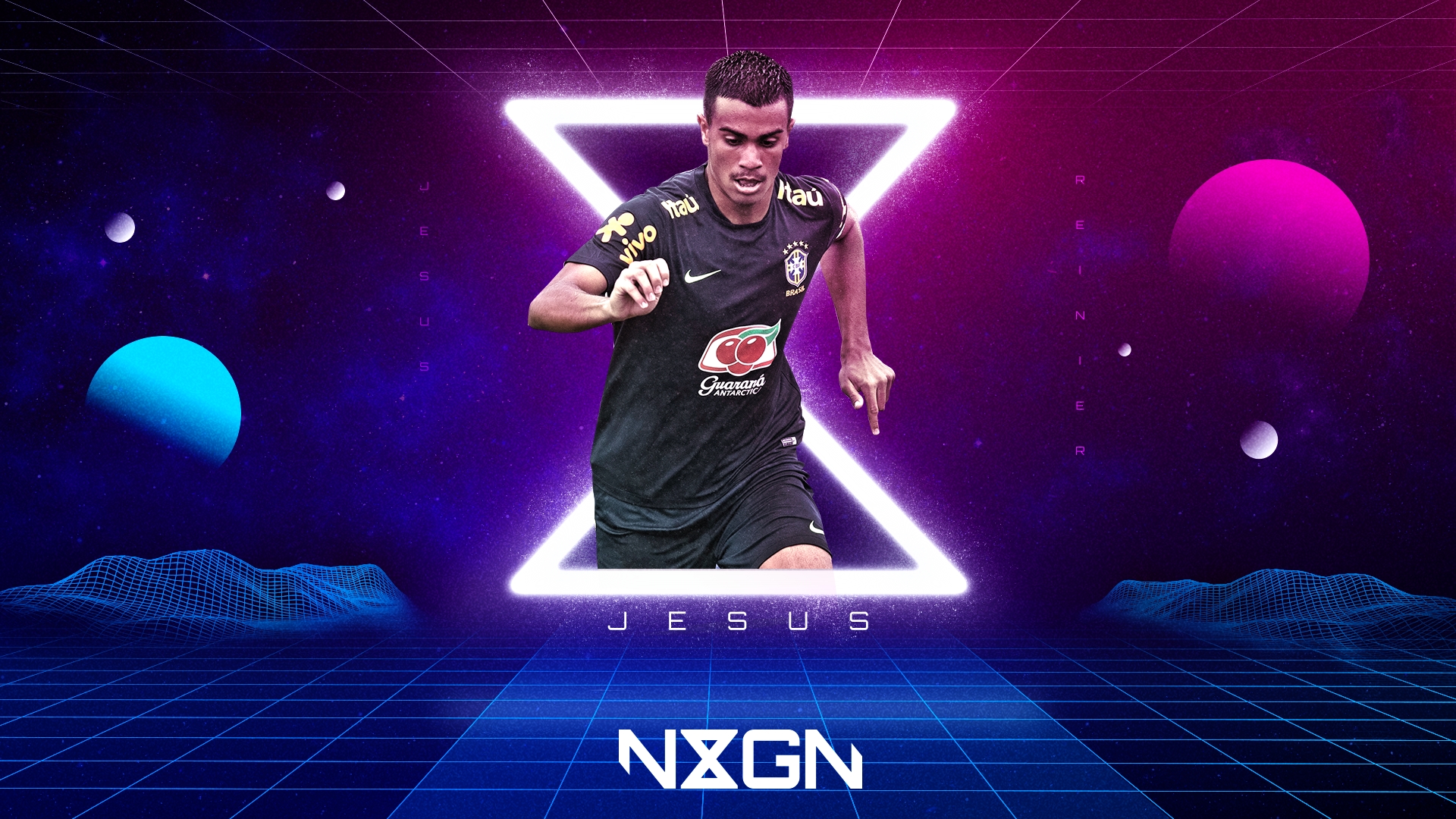 Despite having not made his senior debut for Flamengo, the 17-year-old has been tipped for the very top of the game by scouts the world over

Flamengo's recent history of exporting talented Brazilian youngsters to Europe's top teams is certainly impressive. Vinicius Junior and Lucas Paqueta have made instant impacts at Real Madrid and AC Milan respectively, and could yet play starring roles for the Selecao at the Copa America next month.

The Serie A outfit are not finished there, though, with the latest youngster to come through their academy set to bring with him even greater expectations than his predecessors.

Reinier Jesus has already been dubbed the best player in his age group by scouts the world over, with the 17-year-old tipped for the very top by anyone who has been lucky enough to see him play.

Originally a defensive midfielder, Reinier has transferred seamlessly into a No.10 of some repute. Having trained with Botafogo, Vasco da Gama and Fluminense in his early years, he has now settled at Flamengo, who in turn have recognised his talent and placed a €70 million (£60m/$78m) release clause into his contract.

Taller than your average attacking midfielder at 6'3", his ability to dribble past defenders and play remarkable passes into team-mates has seen him compared to former Ballon d'Or winner, Kaka. His penchant for backheel assists and a decent eye for goal has only added to the belief that he could potentially one day emulate the former Real Madrid star.

Curiously enough it is another Madrid legend whom Reinier credits as his footballing icon.

“I’m heavily inspired by [Zinedine] Zidane," he told interviewers recently. "I’ve watched a lot of videos on the internet of him playing. I’m always trying to execute plays like he did."

Unsurprisingly given their swoops for Vinicius and Santos star Rodrygo in the last couple of years, Madrid are again circling as their policy of signing the best young stars on the planet continues. Learning under Zidane's tutelage would likely be a dream come true for Reinier, who in the meantime has been exchanging messages with Milan sensation Paqueta in terms of what to expect when he does make his eventual switch to Europe.

"I’m glad to be able to do my job and also be an example for the younger players,” Paqueta said having watched Reinier put in a decisive performance while playing for Brazil’s Under-17 side. “I hope he keeps playing his football the best way he can.”

A serial award winner throughout his youth football career, all suggestions are that Reinier is of a level to begin making an impact on the Flamengo first team. And yet he is still to make his senior debut.

He has been named in the club's squad for their Copa Libertadores campaign, but is yet to get on the pitch for Abel Braga's side, a fact that has created an anxiety among the club's fanbase, many of whom are keen to see their latest young prodigy grace the Maracana before his departure for pastures new.

He was unable to train for a number of weeks following the tragic fire at the club's Nino do Urubu academy training base which claimed the lives of 10 of the club's teenagers in February while the club are reluctant to throw him into the limelight too early.

“As a 17-year-old, you can never be ready,” says Phelipe Leal, the coach of Flamengo's Under-17 side.

“Playing for the academy of a professional club, one must go through a maturing process, and Reinier is like any other talent.

“I think we must be very attentive with some details, so he can have his mind in the right place and continue to show off all his potential.”

That potential was clear for all to see in the recent South American Under-17 Championship in Peru where Reinier scored four goals in three matches despite playing in an otherwise struggling side. Ghosting past players with regularity, his performances reportedly attracted the likes of Juventus, AC Milan and Borussia Dortmund - all of whom could challenge Real Madrid for his eventual signature.

For now, though, Flamengo are hopeful that a contract that runs until 2021 and his high release clause will at least allow them to enjoy Reinier's talents for a few more years before he crosses the Atlantic. When that day eventually comes, though, expect him to join the pantheon of Brazilian sensations to make an impact on the world's biggest stage.