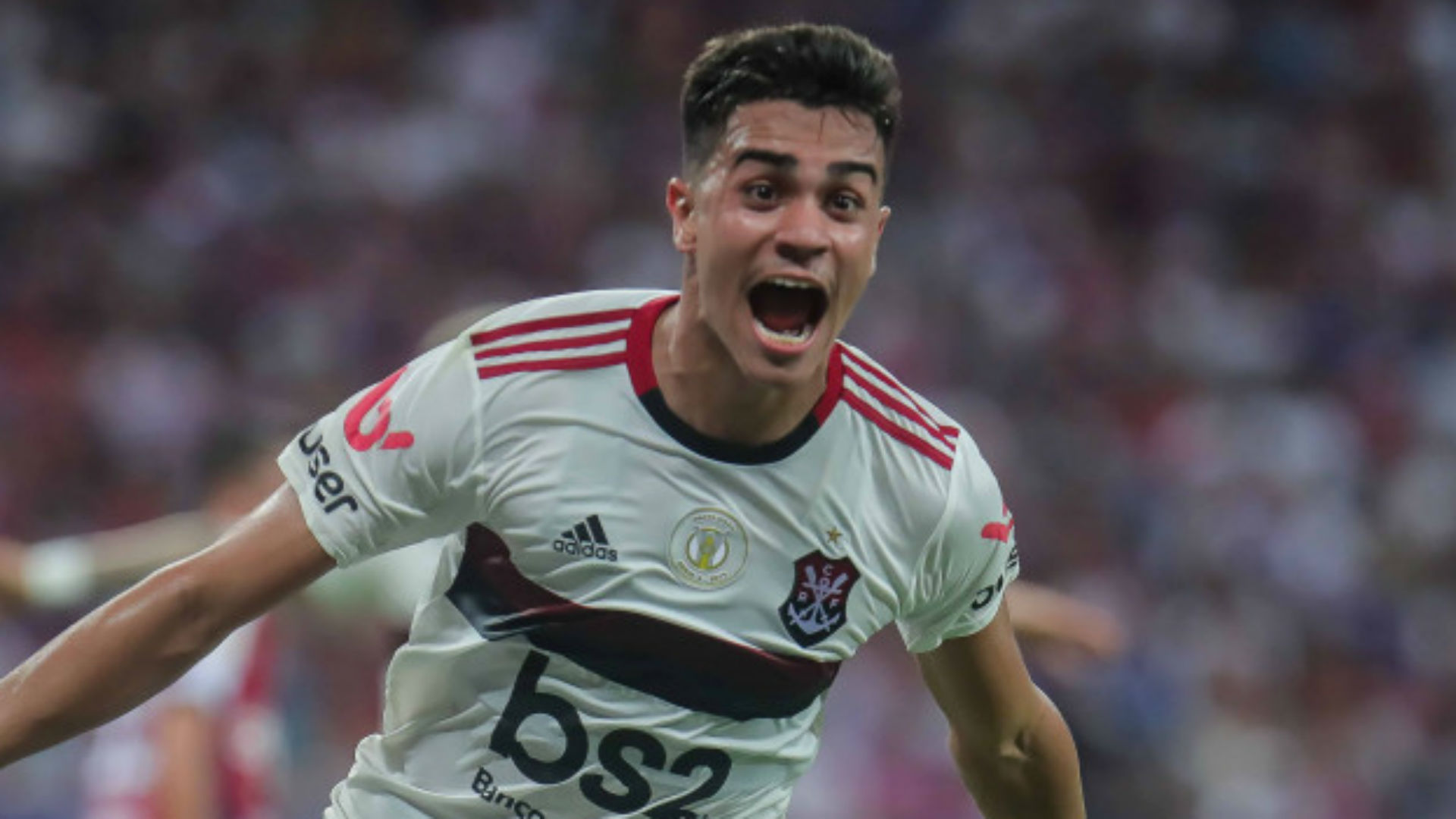 The Merengue hope to complete a move for the teenager, currently on duty for Brazil Under-23s, once he turns 18 in the middle of January

Real Madrid are on the verge of snapping up yet another teenage Brazilian talent as Flamengo's Reinier closes in on a move.

Reinier, 17, is considered one of the brightest prospects in the current Brazilian and South American champions' squad, although he played a secondary role in their successful Copa Libertadores campaign.

His potential has seen him fall on the radar of Madrid, who in recent years have swooped on Flamengo to sign Vinicius Junior as well as Santos wonderkid Rodrygo, while the pair had just a handful of senior appearances under their belts.

Unlike those two previous deals, if negotiations prosper Reinier would not be left at Flamengo on a loan spell.

Madrid hope to complete the signing in the current window, with the youngster turning 18 and therefore becoming eligible to move outside Brazil on January 19.

Reinier would then complete the 2019-20 season with Real Madrid's feeder team Castilla.

And while Reinier is committed to his club, a source close to the player admitted that the Merengue would be impossible to turn down should a transfer be on the cards.

"There are things in football to which you cannot say no, the Brazil national for example, or Real Madrid, when they call it is like a summons," the source explained to Goal.

The midfielder, who scored six goals in 14 Serie A games in 2019, will not take direct part in negotiations.

He is currently ensconced with Brazil Under-23 team ahead of January's Pre-Olympic Qualifying tournament, which sees the 10 CONMEBOL nations playoff for the right to earn one of two available spots for the 2020 Games in Tokyo.

Reinier's family will be entrusted with overseeing talks, and the first meeting with the youngster's team of agents took place on Friday as they analyse his future.

In the meantime, the 17-year-old will focus on taking defending Olympic champions Brazil through to the upcoming Games, with the Selecao's first match falling on his 18th birthday on January 19 against Peru in Group B.

Reinier has already represented his country at U-15 and U-17 levels, and said on one occasion that his idol is none other than Madrid boss Zinedine Zidane.