Real Madrid have added Gareth Bale to their official list of club legends following the Welshman’s departure as a free agent, with any criticism from his time representing the Blancos being quickly forgotten.

A man that became the most expensive player in world football when moving to Santiago Bernabeu from Tottenham in 2013 did not always enjoy unwavering support from those in the stands across a nine-year stint in Spain.

Questions were asked of his form, fitness and commitment at various intervals, leading to a loan spell at Spurs being taken in at one point, but his achievements are impossible to ignore and he has rightly been recognised with a standing among the all-time greats in Madrid.

Is Bale a Real Madrid legend?

The 32-year-old now sits alongside the legends on Real Madrid’s official website, with his entry being added alongside those of former team-mates Marcelo and Isco – who are also leaving the Blancos as free agents this summer. 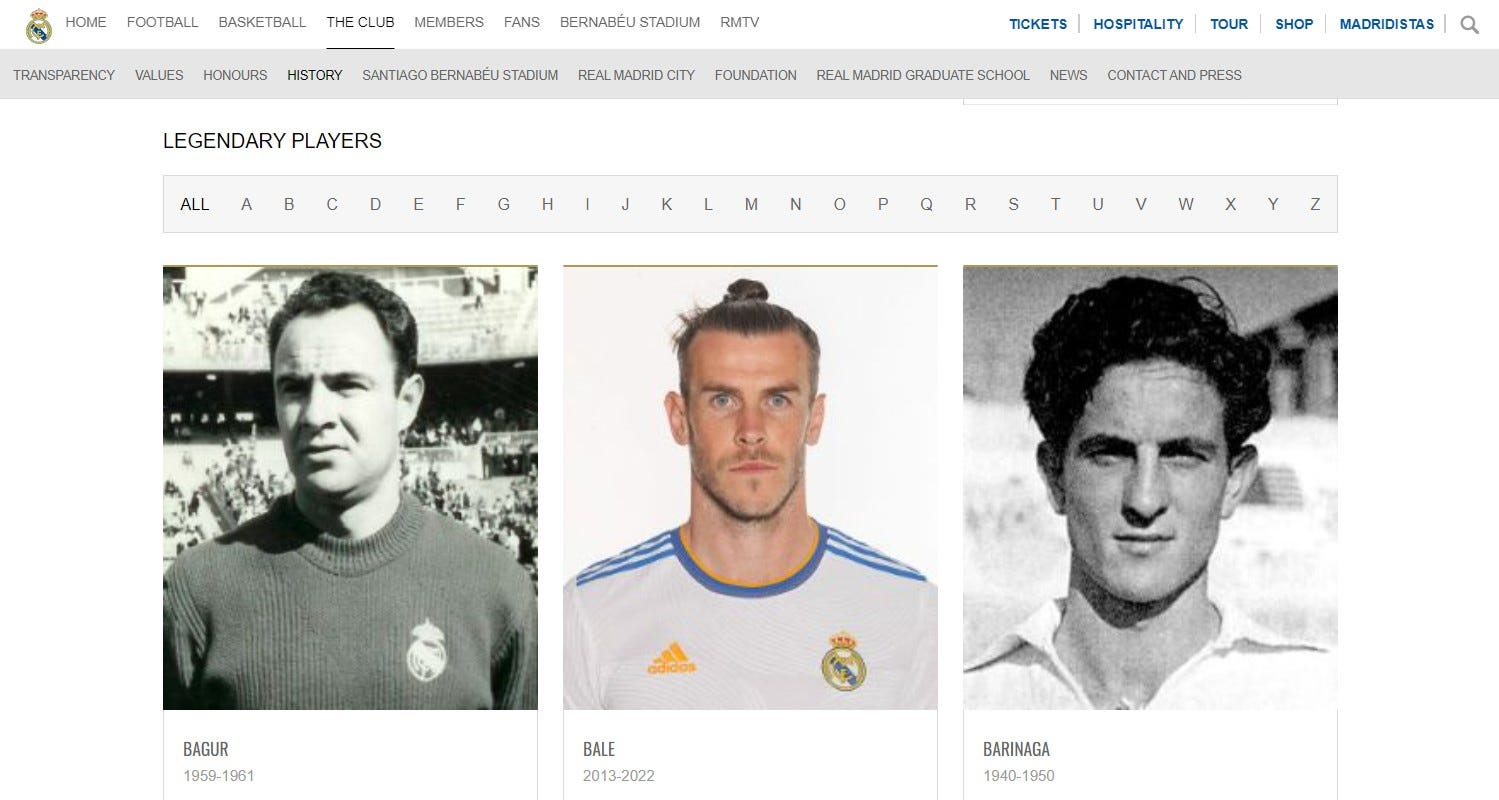 Bale has every right to consider himself a legend having collected 16 trophies during his time in Madrid.

While he fell out of favour towards the end of his spell in Spain, Bale took in 258 appearances for Real and registered 106 goals – including many important and spectacular efforts in major finals.

Bale, unlike Marcelo, was not given his own special send-off once it was confirmed that he would be leaving the Bernabeu.

He did, however, get a standing ovation from a demanding fan base during a Champions League-winning party in the Spanish capital.

A man who is being linked with a return to British football, as he counts down the days to a World Cup appearance with Wales, has also penned an emotional farewell letter after ending his association with the Blancos.

Bale posted on social media: “I arrived here nine years ago as a young man who wanted to realise my dream of playing for Real Madrid. To wear the pristine white kit, to wear the crest on my chest, to play at the Santiago Bernabeu, to win titles and to be part of what it's so famous for, to win the Champions League.

“I can now look back, reflect and say with honesty that this dream became a reality and much, much more.

“To be a part of this club’s history and to achieve what we achieved while I was a Real Madrid player, has been an incredible experience and one I will never forget.”