“Honestly mate, I never know what’s around the corner!”

Nat Phillips is laughing as he recounts the story. He’s used to dramatic changes in fortune, but even he was caught off guard by this one.

It was a couple of days before Christmas and Phillips was at Stuttgart airport. He was full of cold having missed his side’s 2-2 draw at Hannover the previous day, but looking forward to a winter break and a catch-up with friends and family over the holidays.

Then his phone rang. The name Julian Ward flashed up.

Nothing unusual there. Ward is Liverpool’s loan pathways and football partnerships manager, and Phillips was on a season-long deal in Germany. It’s his job to check in.

This, though, was different.

“Jools told me that Liverpool had been in contact with Stuttgart and the governing bodies,” Phillips recalls. “Then he explained the plan and asked me what I thought. It caught me completely off-guard, to be honest!”

The plan was that Phillips would return to Liverpool, that he would train with Jurgen Klopp’s senior squad and that he would be registered to play in the Reds’ FA Cup third-round tie at Anfield against Everton at the start of January. No winter break, just a once-in-a-lifetime chance. Did he fancy it?

“I was stuck for words to be honest!” he laughs. “It hadn’t even crossed my mind as a possibility, so I wasn’t prepared at all, but what an opportunity.”

It isn’t the first time Phillips has found his fortunes changing swiftly. At 19 he had left Bolton, where his father Jimmy is a club legend and where financial constraints meant professional contracts were in short supply, and had been set to begin an economics degree at the University of North Carolina in Charlotte when the call came from Liverpool, offering a trial.

His old coach, Andy Hughes, had recommended him to Andy O’Brien, the former Bolton defender who was working as a scout for the Reds. Two weeks before he was due to fly to America to start a new life, he flew to Germany for a pre-season training camp. Days later, Liverpool offered him a contract.

That was 2016, and two years later Phillips would return to the University of North Carolina as part of the Liverpool first-team squad on a pre-season tour. "Looks like you made the right decision," he was told. 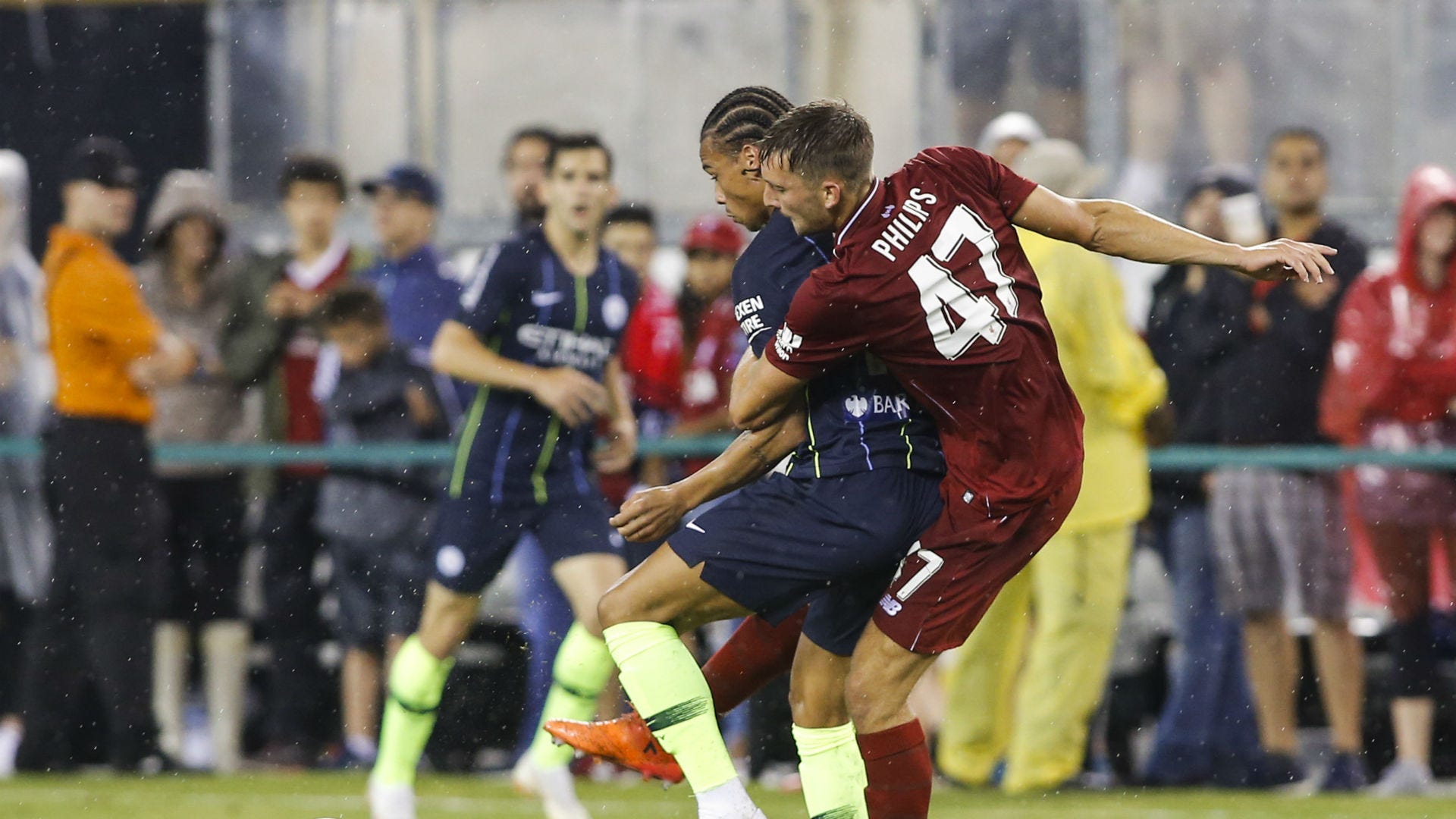 “That’s football,” he says now, with impressive understatement. “Sometimes opportunities come up, and you have to take them. You never know what's around the corner.”

His return from Stuttgart, though unusual, was certainly an opportunity. And on his return to Merseyside, a smiling Klopp would be the first to greet him.

“He told me how it had all unfolded,” Phillips says. “It was after Salzburg when Dejan [Lovren] got injured, and they knew they might have a problem with centre-backs.

“He told me a story where the coaching staff were in the car together and thinking of solutions, then all of a sudden my name just popped into his head. That’s when the process started.

“It was nice to know I hadn’t been forgotten about, and that they trusted me enough to provide backup in that period rather than look for a temporary signing in the January transfer market. The whole three weeks were amazing.”

Phillips would only play one game in those three weeks, but who could forget it. Everton came to Anfield buoyant, looking for their first win on Liverpool soil since 1999. They brought 8,000 fans but left broken, beaten by a team containing four teenagers and three debutants.

Curtis Jones settled matters, while a back four of Phillips, Joe Gomez, Neco Williams and Yasser Larouci kept the in-form Richarlison and Dominic Calvert-Lewin at bay.

Phillips recalls the day clearly, the “goosebumps” walking out and hearing “You’ll Never Walk Alone”, the confidence he’d gained from a week of high-quality training sessions at Melwood.

"The standard there is so high," he says. "People said we were underdogs because of the side we had out, but those players compete every day with the best players in the world, so we knew what we were capable of."

He remembers the feelings; the belief, the excitement, the noise - and then, the fear.

“I was so up for it," he says. "Then we kicked off and I had a bit of a shaky start. I was thinking to myself ‘it’s not going as I hoped here’.

“I could feel that the fans were a bit anxious after I’d missed a few headers and tackles, so I knew that I needed a moment. I had that big tackle on the touchline with Richarlison, and I knew once I’d done that I was in the game, the fans reacted to it and it gave me confidence, took the pressure off me straight away.”

Phillips would end the game with a clean sheet and a bear hug from Klopp. Job done.

Six days later he was an unused substitute as the Reds won at Tottenham in the league, and then it was back to Stuttgart to resume his loan spell.

“Obviously it was amazing to be involved and back around the team,” he says. “And yes, you want to be a part of that, but at the same time, for the benefit of my career it made perfect sense to come back here.

“We knew the centre-backs [Lovren and Joel Matip] were going to be fit again and that I’d get more playing time at Stuttgart.

“But also as well, I had a job to do here. We are pushing for promotion and I want to be a part of that. I loved being back, and if Liverpool had needed me then yes, but it was never a decision for me to make.”

Phillips had jumped at the chance to join Stuttgart last summer. He'd been considering offers from League One at the time, but benefited from Klopp's working relationship with Sven Mislintat, the German club's sporting director, formerly of Borussia Dortmund and Arsenal.

"It was a no-brainer," Phillips says. He trusted his A* GCSE German qualification, and relished the idea of broadening his horizons.

He joined an experienced side, with the likes of Mario Gomez, Holger Badstuber and Gonzalo Castro, German internationals all of them, all part of the squad. "Gomez was the name that jumped out," Phillips says. "I remember watching him with my mates in the World Cup, and now I'm playing alongside him, it's a bit surreal." 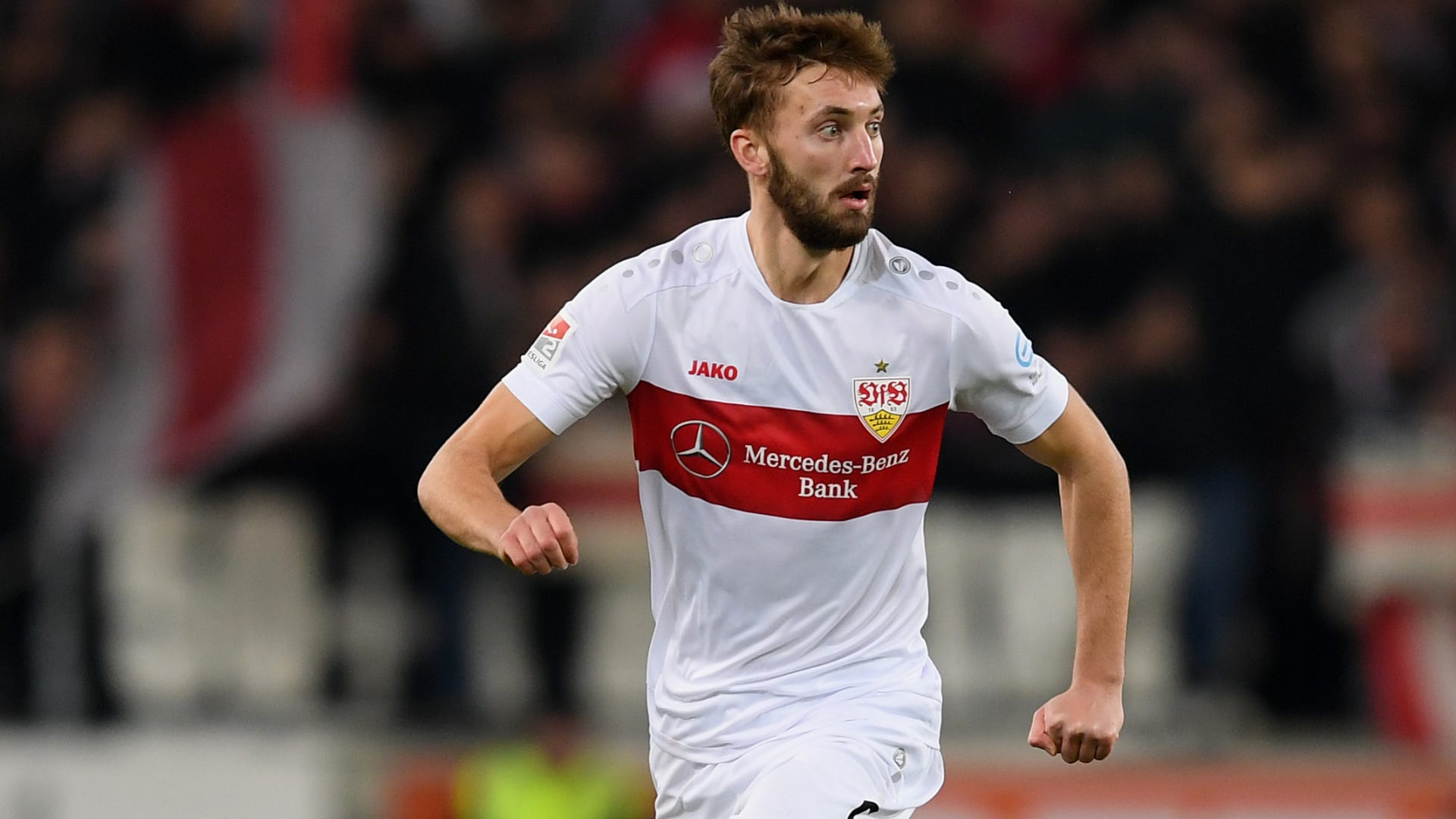 He believes the fact he had come from Liverpool brought a certain level of expectation, and admits it took him a month or two to adapt to the team's very specific way of playing, with a high line and a commitment to playing out from the back at all costs. He was in and out of the team before Christmas, with Badstuber and captain Marc-Oliver Kempf often preferred.

Since returning, though, he had been a regular. Prior to the suspension of football due to the coronavirus crisis, he had started eight straight games. Stuttgart, at the pause, sit second in the table, and were tipped to secure a much-needed return to the Bundesliga.

“I think playing against Everton, and even just training with the best team in the world, I’ve taken a lot of confidence back,” he says. “I’ve been able to build momentum and move in the right direction.

“We played [league leaders] Bielefeld recently, and their striker [Fabian Klos] was top goalscorer in the league. There was a bit of hype about him, and the manager [Pellegrino Matarazzo] said to me that it was my chance to prove to people that you can handle him, that you can get to the level you are pushing for. I relished that opportunity to make a point to people.”

So what of the future, then? Where does he see himself next season and beyond?

“I think what I’ve done this season has done nothing but help me, but it’s important to remain level-headed, one step at a time and do things the right way.

“It’s not like I’m going to be coming back saying I should be playing Champions League football, that’s not realistic, but I feel like so far this year I have done enough to think ‘right, what’s the next step?’ with the end goal of one day playing for Liverpool.

“But you can guarantee with me it’ll be strange circumstances!”