The 26-year-old's return to Camp Nou is a marriage of convenience: neither the player nor the club are elite but both boast enormous potential

Adama Traore was born in the Hospital de la Maternitat, which overlooks Camp Nou, and lived in L’Hospitalet, a Barcelona neighbourhood just 15 minutes walk from the stadium.

After spending nine years in the club’s youth academy, he got his chance with the senior squad in November 2013.

Less than two years later, though, his dream of becoming a first-team regular was over.

With Lionel Messi, Neymar and Luis Suarez lightyears ahead of him, Traore needed to try his luck elsewhere.

A little under eight years later, a perfect storm of off-field events has conspired to bring the explosive winger back to Barcelona, for a second shot at making it with his childhood club.

It’s a destiny Traore had never fully let go of, occasionally mentioning in interviews during the intervening years that he was open to a return to Catalunya.

Now he is set to get his chance, in part due to his hard work and improvement, but predominantly because of Barcelona’s undeniable decline and financial problems.

However, Traore's former team-mate, Xavi, is now the coach and he wants quick, aggressive wingers who can stretch the pitch – a profile the 26-year-old fits.

The coach also expressed his dismay at some of the squad not knowing Barcelona’s classic style of positional play, something Traore will have an understanding of from his years at La Masia. 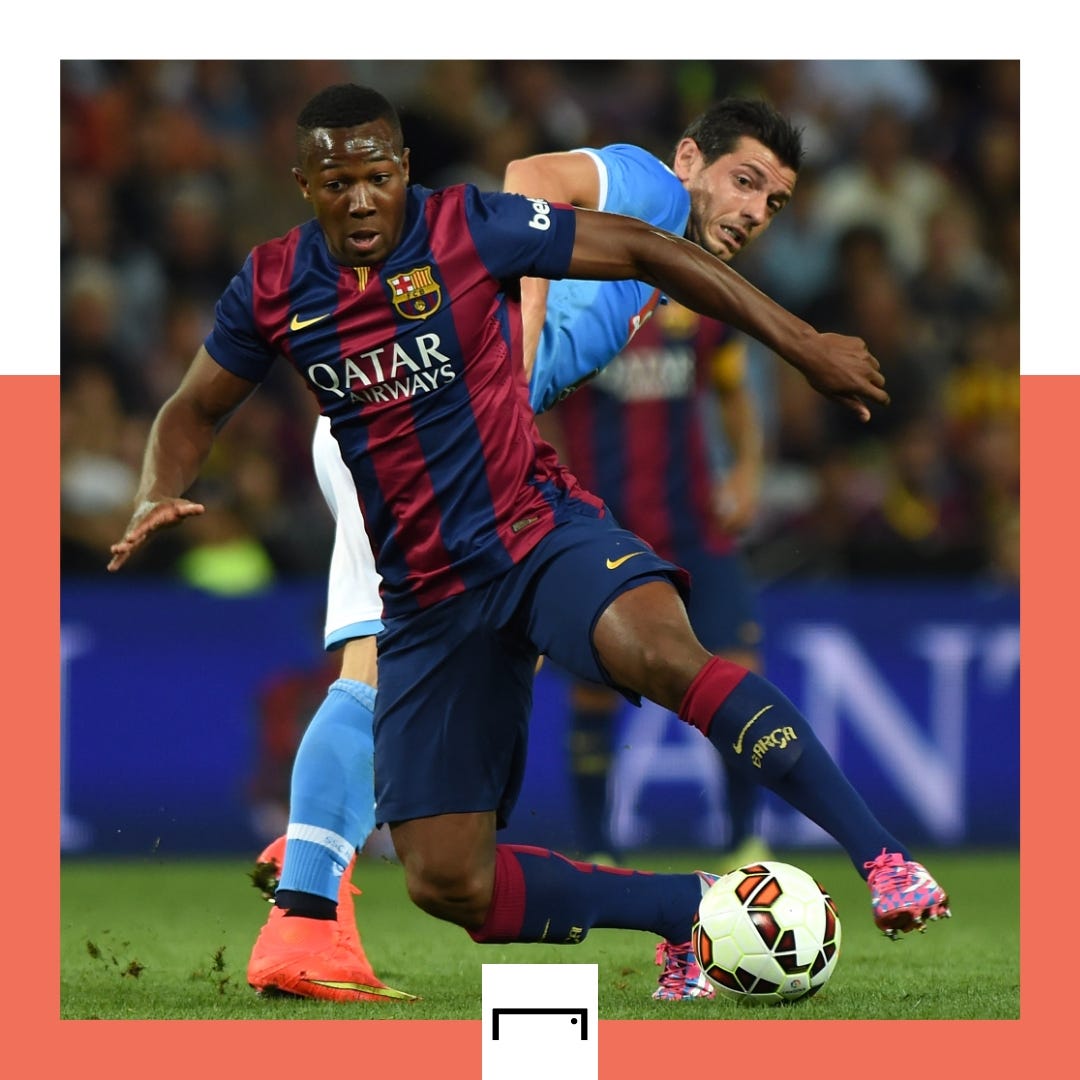 Barcelona usually have their doors open for returning talents, with Gerard Pique and Cesc Fabregas coming back in the past, while Dani Alves and Eric Garcia are more recent examples, while Dani Olmo and Alejandro Grimaldo are frequently linked with the club.

The Ousmane Dembele situation, with the French winger not signing the deal offered to him by Barcelona and being frozen out of the squad for their previous two matches, also meant there was space for another right-winger, freeing Ferran Torres to play as a false nine.

Jordi Alba is still a strong full-back in an attacking sense on the left flank, but Barcelona have had problems on the other flank, since Messi’s departure.

Traore’s impressive and direct dribbling should help right that. He is also capable of playing at right wing-back should Xavi look to utilise a three-man defence.

Luis Enrique called up him for Euro 2020 last summer and with Torres, Gavi, Sergio Busquets, Pedri, Alba and Co also in the Spanish national team, Traore is already well acquainted with many of his team-mates.

Barcelona’s financial situation means they have to look for market opportunities and Traore was one, given he was not getting many minutes at Wolves and a potential trade deal could be struck with Trincao in the summer.

Traore, meanwhile, will join Barcelona on loan and the club will have the option of buying him for €30m, plus €5m (£4.2m/$5.6m) in variables, if they want to keep him.

Adama also made a significant financial effort to join Barcelona according to some reports, with Tottenham ready to offer him a more lucrative deal, but the lure of his hometown club was a greater pull. 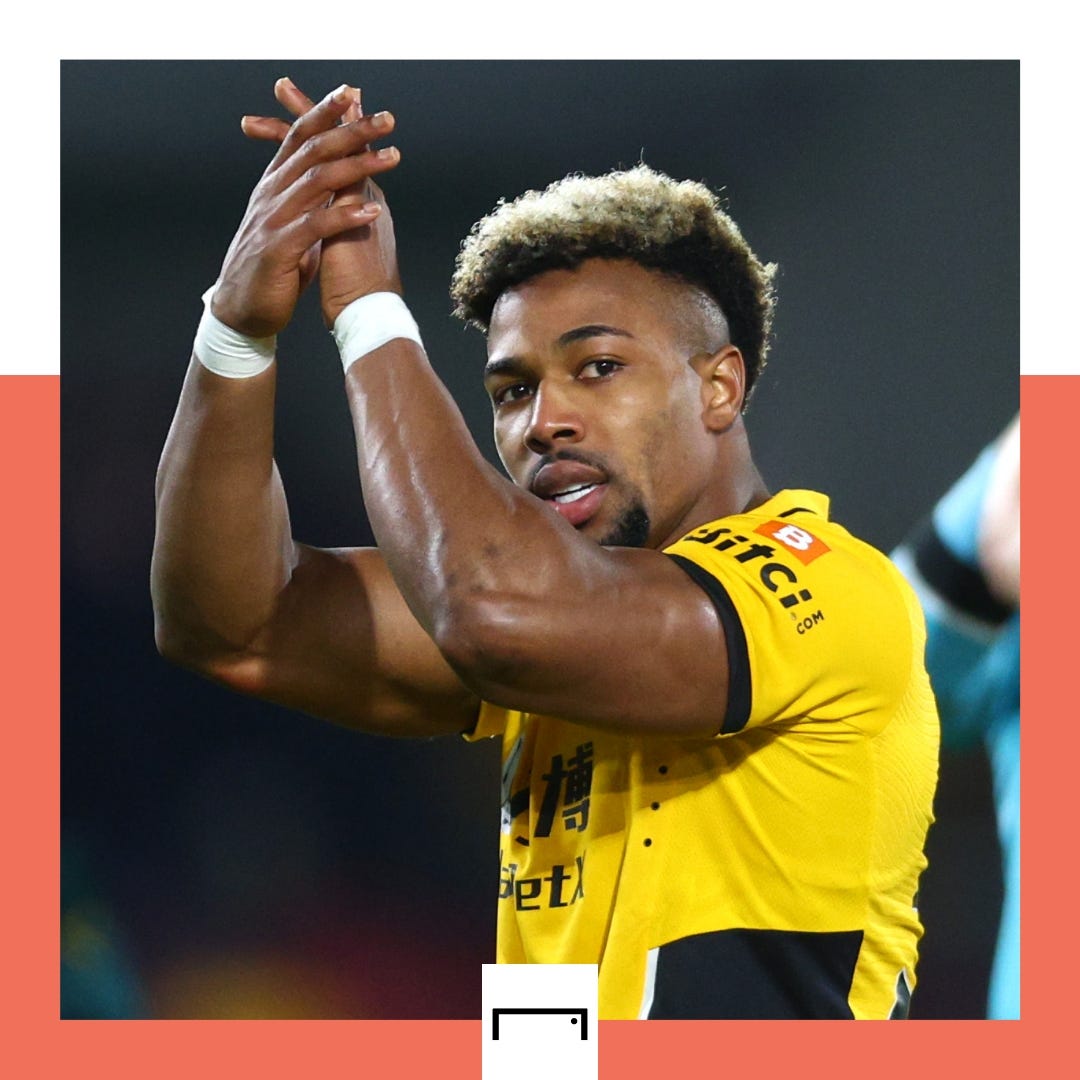 Nobody is under any illusions – Traore is not a ready-made star – but nevertheless, his return is exciting for fans who have seen their team stripped of X-factor in attack with Neymar, Suarez and finally Messi leaving.

Traore’s brilliant solo goal against Huesca in a 2014 Copa del Rey clash lingers in the memory.

Traore was also a stand-out as the team won the inaugural UEFA Youth League in 2014, netting twice against Serge Gnabry’s Arsenal in the quarter-finals and setting up a goal for Munir El Haddadi against Benfica in the final.

Those factors, stacked one on another, made springing for Traore a no-brainer for Barcelona, although that does not guarantee success back at Camp Nou by any means.

“It looks like Traore finally found his manager,” Jurgen Klopp once said of the winger after he hit form at Wolves under Nuno Espirito Santo, following hit-and-miss spells with Aston Villa and Middlesbrough in England.

However, Bruno Lage’s arrival in the Wolves’ dugout saw Traore’s importance dip significantly. The fact he could not hold down a starting spot for a mid-table team is ammunition for his critics, of which there are many.

That he and Martin Braithwaite were team-mates at Middlesbrough in the 2017-18 season – with only Britt Assombalonga left to complete the Midlands’s side’s attacking trio at Barcelona – adds to the mockery.

Despite a couple of recent goals, Traore is notoriously lacking when it comes to end-product, with his crossing and finishing of sub-par standard.

If Barcelona fans have found Dembele frustrating, then they have another thing coming with Traore.

Adama Traore’s first goal in 316 days was not a bad one 💥 pic.twitter.com/fWxsXPpvxl

There is also the bigger issue of how useful he will be when spaces are tight. In the more open, end-to-end Premier League, Traore was able to rip into teams on the counterattack.

However, if Barcelona are playing at their best, Xavi’s side will be penning opponents back. That doesn’t leave a lot of room for Traore to exploit.

“He will adapt perfectly because he can unbalance defences, that’s the most important thing,” his former Youth League-winning coach Jordi Vinyals told SER radio on Friday, defending Traore’s return.

“Although he will have to play against closed off defences, with little spaces, he will do it well. That’s how it was when he played with me in the youth team.”

On the occasions where Traore can make an impact on the counter, there’s another issue.

He will be significantly faster than his team-mates and it might be hard for them to keep up with him as he moves downfield.

One of Xavi’s key strategies is pressing the opposition high up the pitch after losing the ball, but if the team has not been able to move as a whole with Traore, then that becomes a lot harder.

Xavi will have to coach him to use his bursts forward at the right moments, while also working on his passing, which can be erratic.

Traore’s return is a marriage of convenience, one which befits Barcelona’s current status: neither are currently elite, but both have the potential to go far.