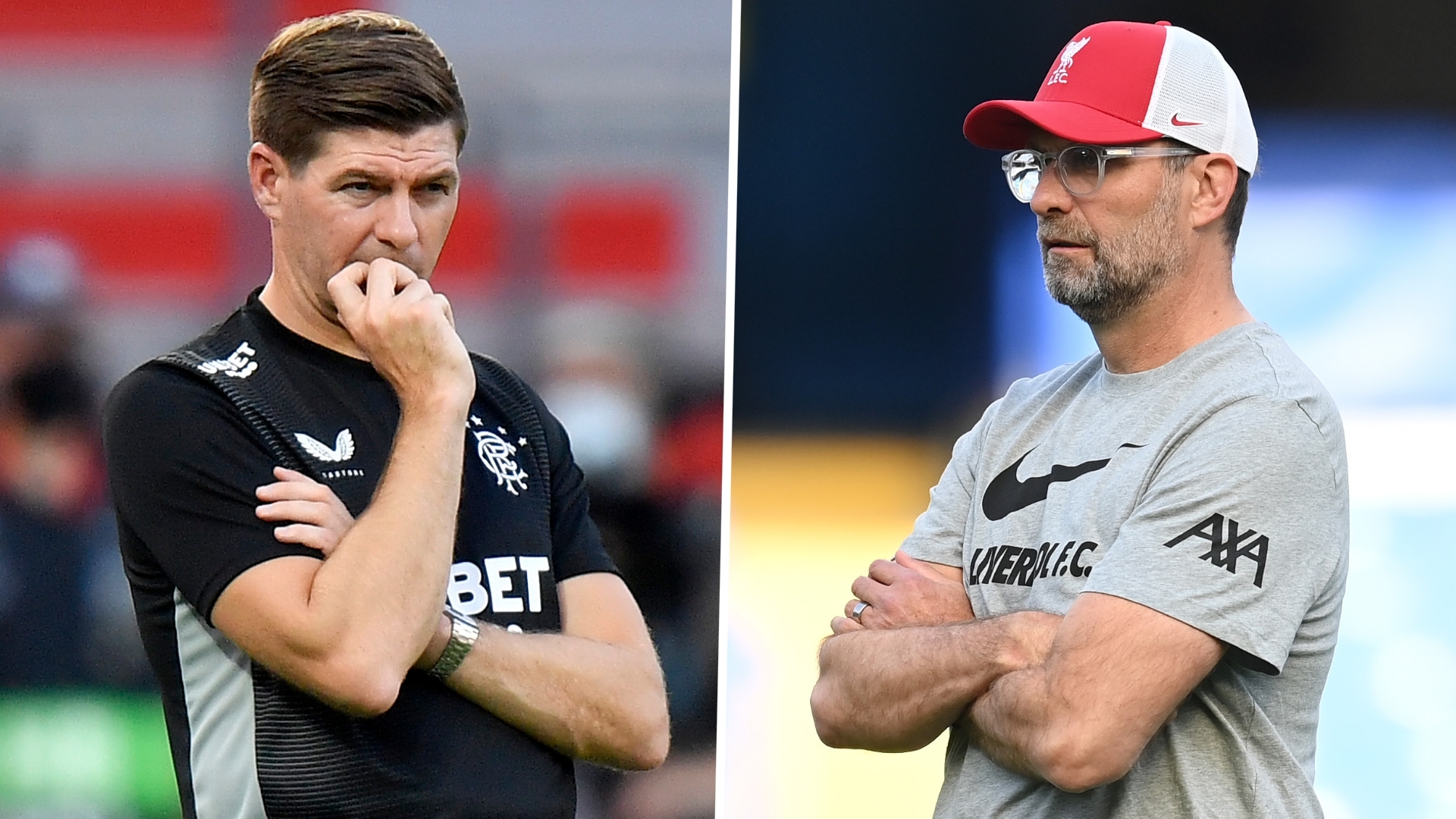 The Reds legend has made no secret of the fact that he would like to return to Anfield at some stage, but that day remains a long way off

Steven Gerrard maintains that a return to Liverpool does not form part of his immediate future plans, with the Reds legend fully committed to a title-winning post at Scottish giants Rangers.

The former England captain continues to be linked with a homecoming at Anfield, with his contract at Ibrox mirroring that of Jurgen Klopp at Anfield - with both men tied to terms through to 2024.

It continues to be suggested that Gerrard will be offered the chance to succeed a Premier League and Champions League-winning coach in familiar surroundings, but he is giving no thought to that at present.

Quizzed again on the Liverpool rumours by ESPN, Gerrard has said: "I can't control any media speculation about my position.

"I don't welcome it, I don't add to it. All I do is focus on the job I have here and I'm very flattered and grateful for the position.

"I'm very happy here, I've said it on numerous occasions, it's a huge club, I'm settled, I'm happy and I can continue to develop and keep trying to push this team forward."

How has Gerrard fared at Rangers?

The 41-year-old cut his coaching teeth within the academy ranks at Liverpool, before heading out on his own to take the reins at Rangers in 2018.

An immediate impact was made in Glasgow, with impressive progress culminating in a long-awaited Scottish Premiership title triumph in 2020-21.

Gerrard has overseen 112 wins from his 170 games in charge of the Gers, with only 21 defeats suffered, but he remains aware of the need to keep raising the bar.

He added: "I think at Rangers you are always trying to reset the remit.

"Since I first came here, we have completed a lot of the challenges that were set for me, my staff and the players, but the goalposts always move at a club that has experienced the kind of success that Rangers have.

"We've had incredible success, we made history last year, but it's about parking that up now and looking to build on that.

"I think this job comes with huge pressure every single season, no matter whether it is a success. There are always things to improve on, you always reset and get ready to go again. The pressure never changes, I don't feel under any other pressure than I did on day one really.

"My job every day comes with that responsibility to try to make this club better, and keep striving for success. We've got targets now set for the end of the season and that is to try to be as dominant as we can and get as much silverware we can to add to last year."