The Blues winger has failed to impress in either of his last two starts, and with competition for places, he faces a fight for his future

Eight days ago, Christian Pulisic struggled playing as a wing-back as Chelsea were held to a goalless draw by Leeds United.

It was the latest in a run of underwhelming displays from the United States international this season, with Pulisic yet to have fully gained the trust of new Blues boss Thomas Tuchel.

But in Sunday's FA Cup quarter-final meeting with Sheffield United, he was offered another chance to impress from the start, and this time in his favoured position as a wide forward.

Yet again, though, Pulisic fluffed his lines, leaving more questions over what his role be under a coach who has previously got good performances out of him at Borussia Dortmund.

Tuchel made nine changes to his line-up for the visit of the Blades, and for long periods his side looked disjointed and a far cry from the organised unit that saw off Atletico Madrid in midweek.

In a game of little quality, their two best chances fell to Pulisic, but both times he failed to beat Aaron Ramsdale when one-on-one with the England Under-21s goalkeeper.

Tuchel could be heard instructing the 22-year-old to use his pace to run in behind the visitors' veteran centre-back Phil Jagielka, but too often Pulisic seemed to be affected by the opponents' physical approach when he attempted to dribble past them. 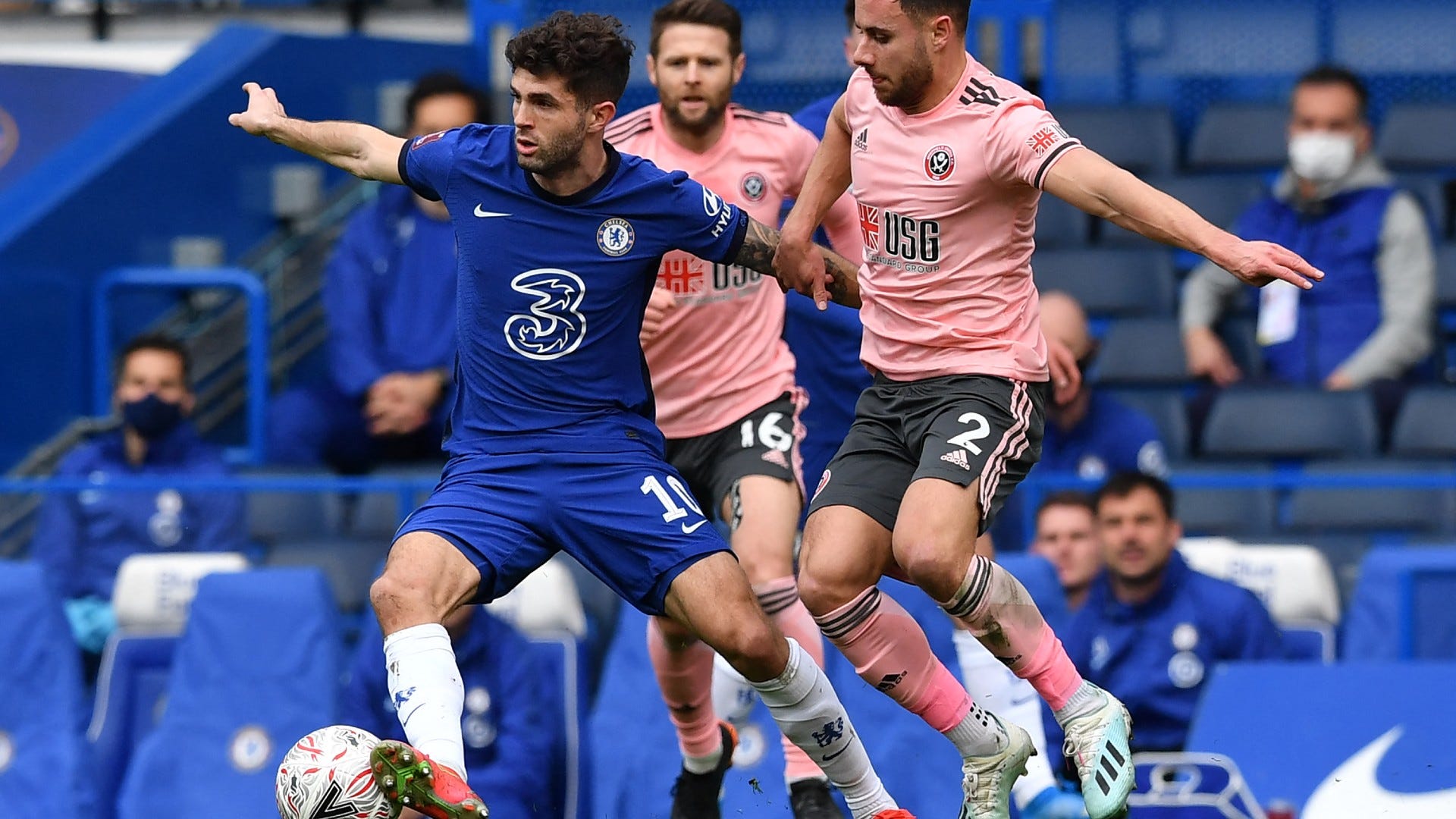 "We knew it was going to be uncomfortable with a bit of pressure, but we had to be strong and defend, so in the end I was happy," Pulisic told BBC Sport post-match.

"I had a few chances myself that I could have done better with, but in the end we got the two goals."

Having started just three of Tuchel's 14 games in charge, it seems that Pulisic's role, at least for the remainder of this campaign, will be as an impact substitute as other attacking players begin to thrive under the German coach.

He will get the chance to build up some rhythm over the next fortnight with the U.S. men's national team, but a regular place in the line-up for his club is likely to allude him until the summer at the earliest.

Pulisic's misses meant that Chelsea were left to hang on in the final 20 minutes, as Paul Heckingbottom's relegation-threatened side created numerous chances in a bid to equalise Oliver Norwood's first-half own goal.

The Blades missed a host of chances, and it was telling that Pulisic had to be sacrificed in the 83rd minute to allow N'Golo Kante to come on and shore things up in midfield.

Only a stoppage-time break-away goal from Hakim Ziyech put some gloss on the scoreline, with Chelsea now having an FA Cup semi-final to look forward to in April along with their Champions League quarter-final against Porto. 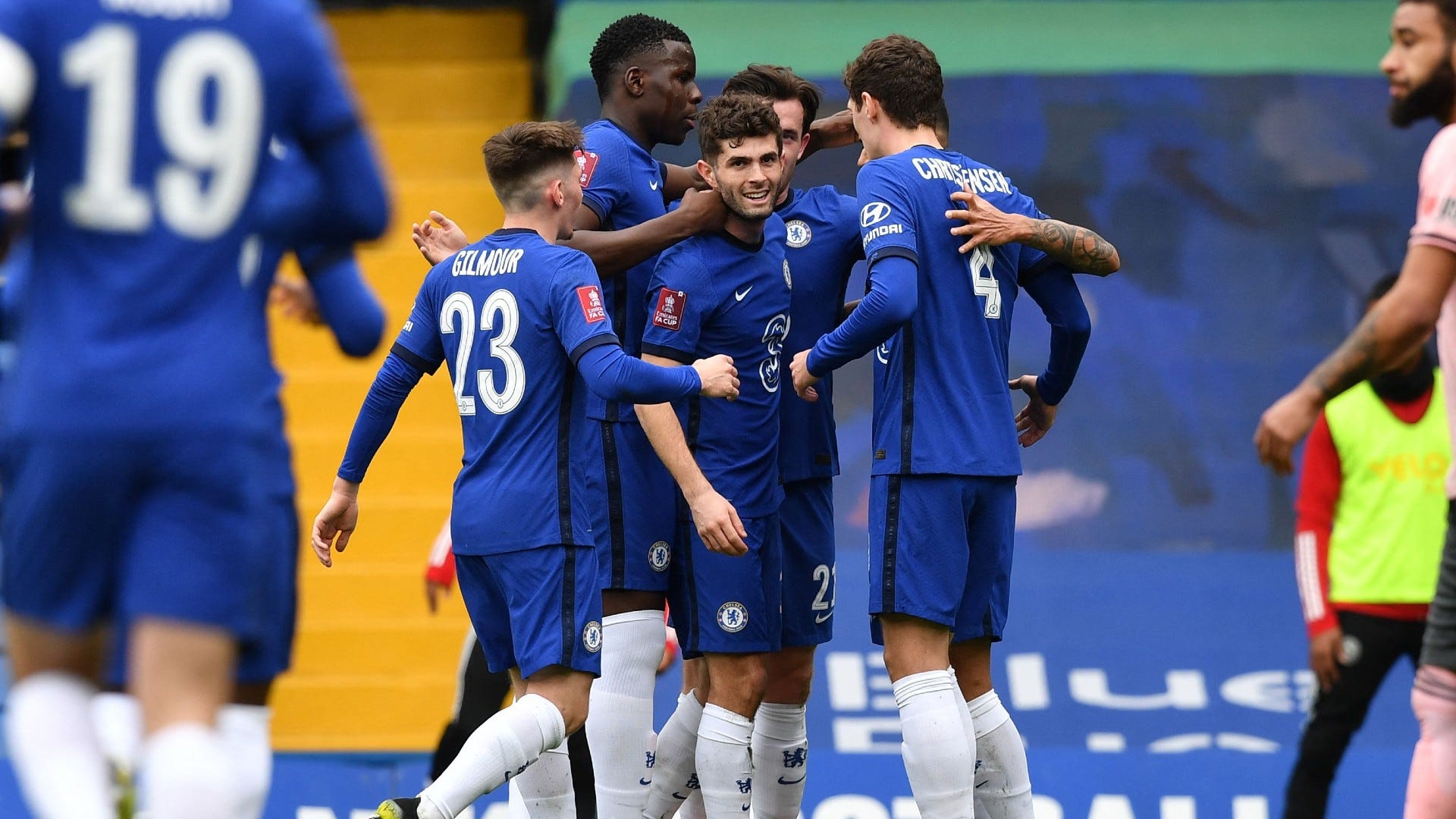 Those runs, along with their Premier League form, have been built on defensive solidity, and they are still yet to concede at home during Tuchel's record-breaking start to life in the dugout.

There are still questions to answer in attack, however, and where Pulisic fits in is definitely one of them.

Reports have emerged suggesting he could even look to leave the club this summer if his opportunities remain limited; a prospect that would only be more likely if Erling Haaland were introduced into the mix for 2021-22.

Chelsea, though, are not ready to give up on Pulisic just yet. He could, though, do with a statement performance soon.