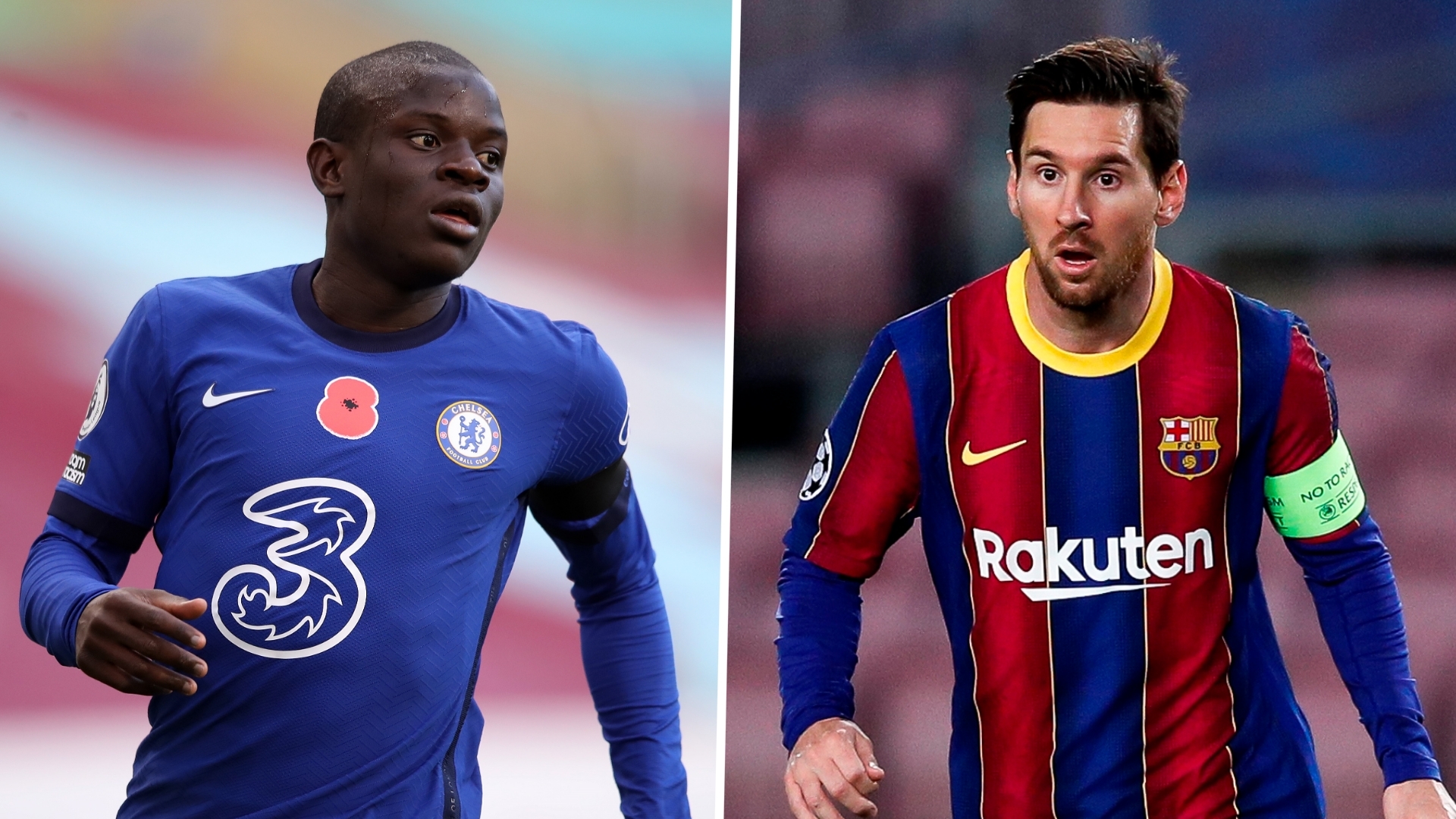 Paris Saint-Germain need N'Golo Kante and not Lionel Messi to win the Champions League, according to their former midfielder Eric Rabesandratana.

Kante scored the winner in France's recent 1-0 victory over Portugal in the Nations League and has impressed this season for Chelsea after a tough 2019-20 campaign.

The 29-year-old was linked with a summer exit from Stamford Bridge but ended up staying put and remains a key part of Frank Lampard's side.

PSG, meanwhile, are reportedly considering a possible move for Lionel Messi - though the player's own father has strongly shut down those suggestions.

Rabesandratana, who played for PSG from 1997 to 2001, is adamant the French giants should be looking to sign Kante and not Messi if they want to take their squad to the next level.

"I would like to say that if I were a leader at PSG I would break the bank to sign N'Golo Kante," he told radio station France Bleu.

"He was still huge yesterday. Kante is the player who would allow PSG to win the Champions League. We do not need Messi or anyone else."

Kante is currently contracted to Chelsea until 2023 and was recently singled out for praise by Lampard after a 4-1 win over Sheffield United in the Premier League.

"He played about 50 per cent of the games last year and that is a big loss for half the season, a player of his level," Lampard said.

"So I made a big, big step to try to manage his training and games and make sure that we attempt to have him fit and ready for as many games as we can.

"His attributes are incredible, he can play in many positions in the midfield. The energy and ability to win the ball back, but also his ability on the ball, which is sometimes underrated, is amazing. He can play in different roles.

"People always want to talk about that he’s the best defensive midfielder and should be in a deeper role. But he can play in lots of different roles to massive effect and I am pleased he is fit now. We will have to keep managing that to make sure he stays fit, because he is massively important."