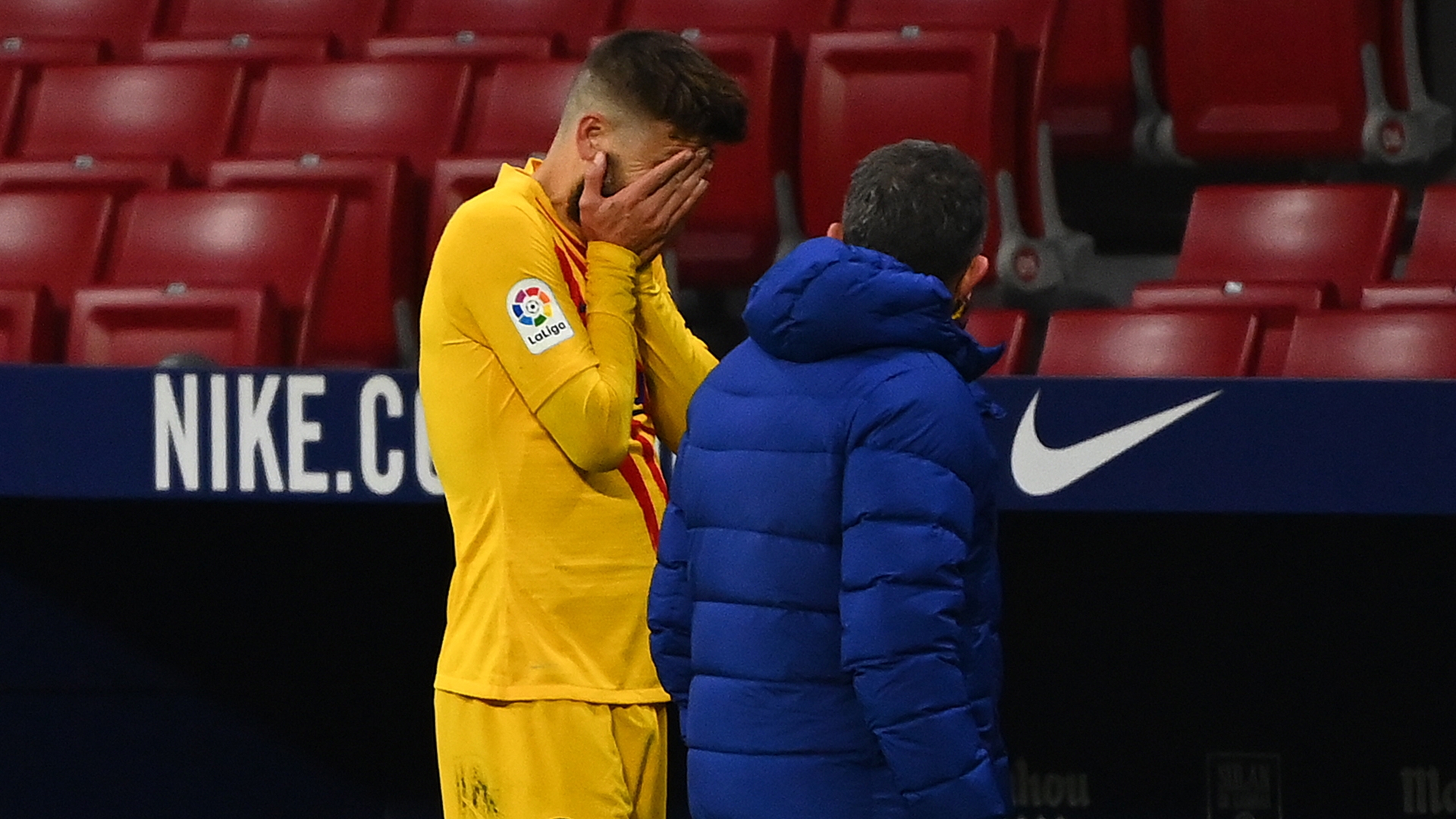 The defender was involved in a freak collision with Angel Correa during Barcelona’s defeat to Atletico Madrid in La Liga on Saturday.

After receiving treatment, Pique left the field at the Wanda Metropolitano in tears - which suggested the problem was a serious one.

Barca have confirmed that to be the case, with the club issuing a statement on Twitter which read: "Evidence shows that Pique has a grade three sprain of the medial lateral ligament and a partial injury to the anterior cruciate ligament in his right knee. Evolution will determine future availability."

No timeframe has been mentioned with regard to his absence, but a cruciate ligament injury - even a partial one - would suggest a period of months on the sidelines as opposed to weeks.

The absence of such a key defender will be a huge blow to Barca coach Ronald Koeman.

At 33, Pique is in the latter stages of his career but he is still a commanding presence at the heart of the Blaugrana’s defence so to lose him ahead of what is an intense period of the season will be notable.

As well as revealing the injury to Pique, Barca also confirmed Sergi Roberto is facing two months on the sidelines with a thigh injury.

"Tests performed this Sunday on Sergi Roberto have shown that he has a rupture in the femoral rectus of his right thigh,” read a statement from the club. “The approximate time he will be out is two months.”

Barca’s loss to Atletico leaves them 10th in the table, with 11 points to their name from eight games.

The Catalans travel to Dynamo Kiev in the UEFA Champions League on Tuesday. Following the trip to Ukraine, Barca have a run of eight games - Osasuna, Ferencvaros, Cadiz, Juventus, Levante, Real Sociedad, Valencia and Valladolid - prior to a week-long break over the Christmas period.

It is a run of games that will shape their Liga season. Koeman’s side are well placed to advance to the knockout stages in the Champions League, having amassed three wins from as many games in Group G, but to be potentially out of the domestic title race before Christmas would not sit well in Catalunya.