Partey, Xhaka and Ceballos? How Arsenal could line up with new £45m signing 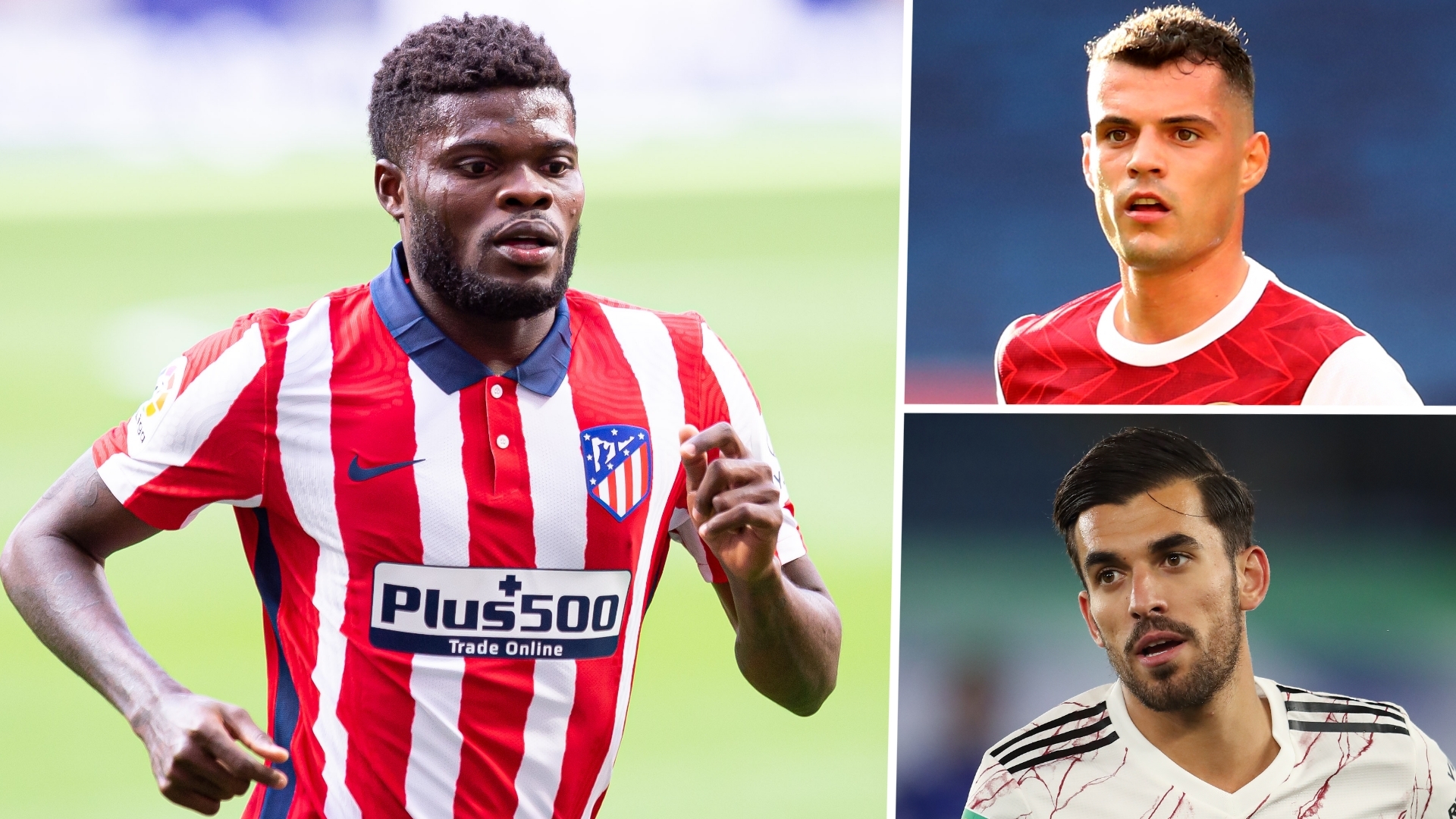 The Gunners finally landed their key midfield target on the final day of the transfer window but how will Mikel Arteta use the Ghana international?

It’s the transfer that Arsenal fans waited for all summer.

Thomas Partey’s arrival from Atletico Madrid was eventually announced at 23.15 on Monday – 15 minutes after the transfer window had finally come to a close.

After months of speculation, Arsenal had finally got their man, with the Gunners dramatically activating the Ghana international’s £45 million ($58m) release clause with just minutes to spare.

Partey’s arrival is being heralded as a potential game-changer in north London. He is viewed by many as the midfielder Arsenal have been missing since the days of Patrick Vieira and Gilberto Silva.

“We’ve seen this guy since his Mallorca early days, so he stepped up to a bigger club with Atletico Madrid and kept performing well, improving year after year.

“Before, he was used as a holding midfielder. Now he can pass the ball, play with the striker, have shots from outside the box and even score important goals, as we saw in the last year in the Champions League.

“I think he will be a fantastic addition in the middle of the park.”

Partey has been on Arsenal’s radar for some time. He may have arrived in the final moments of the transfer window, but this was not a panic buy by any means. This has been a deal years in the making.

Arsenal’s former head of international recruitment, Francis Cagigao, was a huge admirer of the midfielder, whom he first spotted while he was on loan from Atletico to Mallorca and Almeria.

Cagigao and Arsenal have been watching him ever since and he was a target last summer, although the north London club ultimately focused on signing a winger, with Nicolas Pepe joining from Lille.

However, Partey has now belatedly reached the Emirates and is ready to make an immediate impact in the Premier League. So, where will he fit into an Arsenal team that has been constantly evolving under Mikel Arteta?

Having initially favoured a 4-2-3-1 formation after replacing Unai Emery as manager in December, Arteta has switched to a fluid 3-4-3 in recent months to tighten things up defensively.

It’s a system that has served him well and was key to Arsenal’s FA Cup success last season, with the Gunners frustrating Manchester City and Chelsea in the semi-final and final before picking them both off on the counterattack.

However, Arteta’s preference for the long-term has always been to play with a back four in the kind of 4-3-3 that we’ve seen Manchester City and Liverpool use so effectively during the past few seasons.

Up until now, though, he has not had the players at his disposal that would have allowed him to play that formation on a regular basis, but the arrival of Partey will certainly help – even if the squad is still lacking a specialist number eight, with Arsenal’s move for Houssem Aouar having ended in failure.

The switch to a back four may be a gradual process, especially when you look at the fixtures Arsenal have coming up after the international break – with the Gunners due to face Manchester City, Leicester and Manchester United in their next three league games.

Arteta might well opt to stick with his more defensively minded 3-4-3 – certainly for the trips to City and United – and should that be the case, then Partey could comfortably play in the central midfield pairing in front of the back three.

A player who has been schooled under Simeone at Atletico, Partey will bring real discipline to the central area of the pitch and his league statistics since 2019 – when compared to Arsenal’s current crop of central midfielders – show how adept he is at protecting his defence.

When utilising the 3-4-3 system, Arteta’s preference has been to pair Ceballos with either of his more defensive-minded midfielders in the central role, although it was Elneny and Xhaka who played together when Arsenal travelled to Liverpool last month.

Partey could come in and play with any of those three – and either operate as the deeper of the two midfielders, offering security to the defence or be given more freedom to express himself in the slightly more advanced role.

That’s because although Partey has arrived with a reputation of being a destructive defensive midfielder, he has so much more to his game. He can go forward as well and be highly effective in an attacking sense.

At club level, Partey has scored three times in the league since August 2019 – that’s more than Xhaka, Ceballos, Joe Willock and Elneny. He has also completed 64 dribbles, 30 more than Ceballos, who again leads the way for Arsenal midfielders in the same metric.

In Atletico Madrid’s Champions League campaign last season, when they reached the quarter-finals – he was ranked first in passes into the final third (81) and open play chances created (11). That’s as well as ranking first in tackles (28) and touches (639).

So, Partey is a multi-talented midfielder.

When Arteta does decide to move to a back four, the expectation is that Partey will sit alongside Xhaka in a midfield three, which would see Ceballos slightly more advanced.

But it could be that Xhaka or even Elneny are asked to operate as the protective screen, with Partey given more license to run from deep, break the lines and get up to the support the likes of Willian, Pierre-Emerick Aubameyang and Alexandre Lacazette in attack.

His goal record for Ghana, which currently stands at 10 from 27 caps, shows how dangerous he can be when allowed to move into the final third.

With Arsenal’s game against Sheffield United on Sunday locked at 0-0 in the second half, Arteta switched from 3-4-3 to a far more attacking 4-2-3-1, with Aubameyang moved to the central striker’s role, Nicolas Pepe and Bukayo Saka on the flanks and Willian at number 10.

It was a tactical switch that gave Arsenal far more potency and they were rewarded with two quick goals that ultimately won them the match.

Playing Partey in a midfield pivot in that formation, either alongside Xhaka or Ceballos, is an exciting option as it would provide the defence with some real solidity and give Arteta far more confidence to play an extra man in attack.

And that’s the most important thing that Partey’s arrival gives Arteta: options. The Spaniard can now change his system as he sees fit, thanks to Partey’s quality across all areas of the pitch.