The Brazil attacker remains one of the undisputed stars of the game, but his compatriot believes he could have been even more successful

Paris Saint-Germain defender Dani Alves believes Neymar would already have won the Ballon d'Or by now had he had the chance to work with Pep Guardiola at Barcelona.

The gifted attacker joined Barcelona from Santos in 2013, but Guardiola had already left Camp Nou by then after four incredibly successful seasons, taking a one-year sabbatical before accepting the Bayern Munich job and eventually becoming Manchester City manager.

Neymar - who this year has missed out on a place in the top 20 of the Goal 50 - has since twice made the Ballon d'Or podium, finishing third both in 2015 and 2017, but has yet to be crowned the best player in the world.

That would have been different had he worked with Guardiola, though, believes Dani Alves.

"Both Neymar and Barcelona would have been even better had he been part of that team coached by Guardiola, without a doubt. Both would have been better," the right-back told Goal ahead of the premiere of the documentary "Take the ball, Pass the ball" about Guardiola's Barcelona.

"It would have been like myself and Barca, a perfect fit. I believe that if Neymar had been coached by Guardiola, he would have done even bigger things...

"He would already have been the best in the world now, without a doubt, there is absolutely no doubt about it."

Unlike Neymar, Dani Alves was a key figure of the Barca team that dominated the game between 2008 and 2012 and he immediately knew he had become part of something special when he left Sevilla for Camp Nou in 2008.

"That was the feeling we had right away from the first time we met, that we were on the verge of something special," he added.

"Guardiola took charge of the team and gradually put things into place. After the first meeting, all the players thought the same thing and that was that something incredible was about to happen. The sincerity, the transparency and also the way he convinced people...

"It might sound a bit pretentious, but I remember saying a few times back then that people would only really appreciate this team a few years later. That moment has now come, with a lot of people giving us credit for everything we achieved. We were part of a team that became legendary and a blueprint for the game." 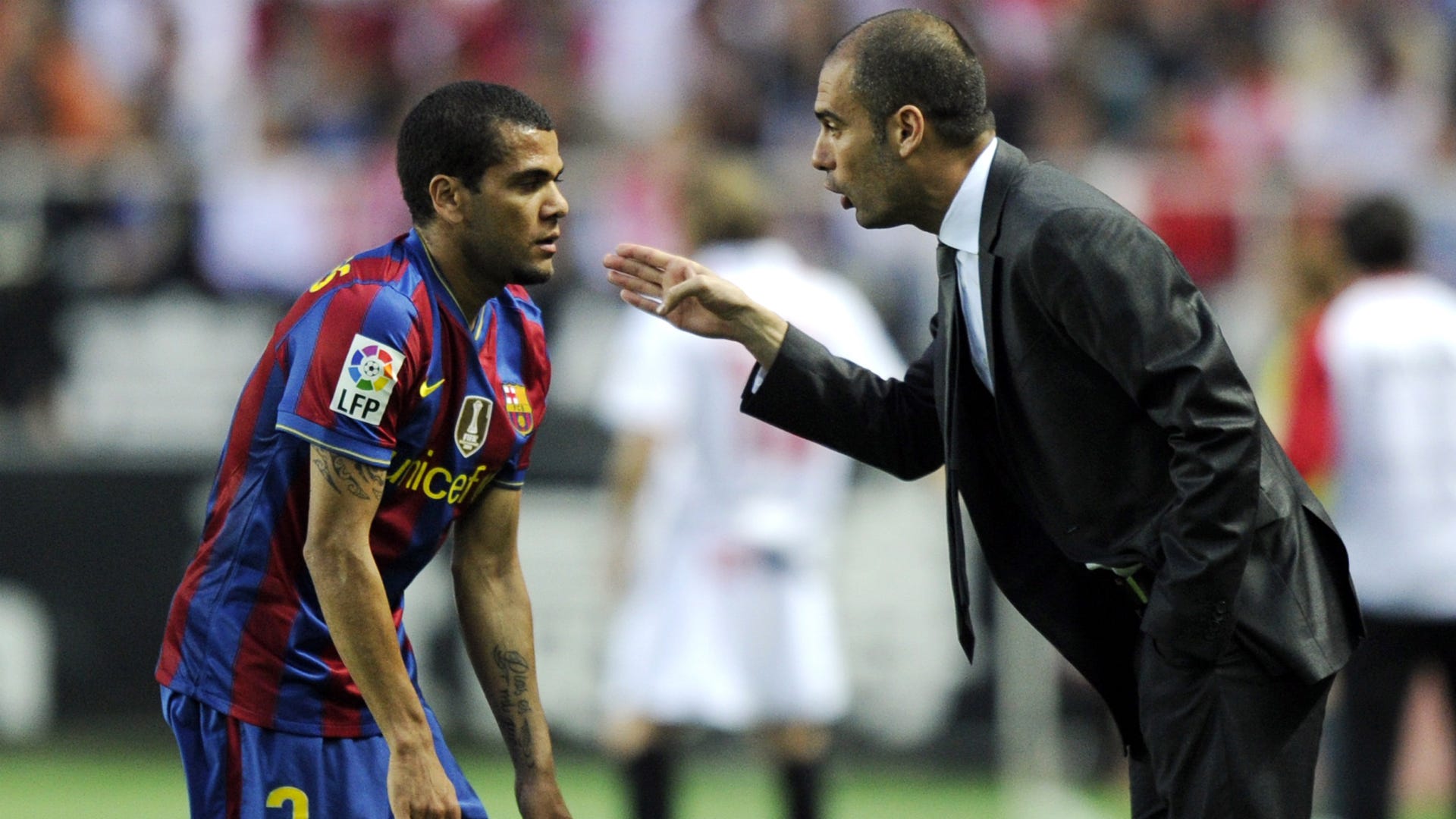 Although Dani Alves won numerous trophies during his time with Barcelona and was an undisputed starter throughout his time at the club, he remains modest about his role at the Catalans.

"It is hard to measure something like that," the Brazilian continued when asked how important he was for the team. "I do not think it would have made a huge difference had I not been part of the team.

"Of course, it would have made some difference, but we had so many great players."