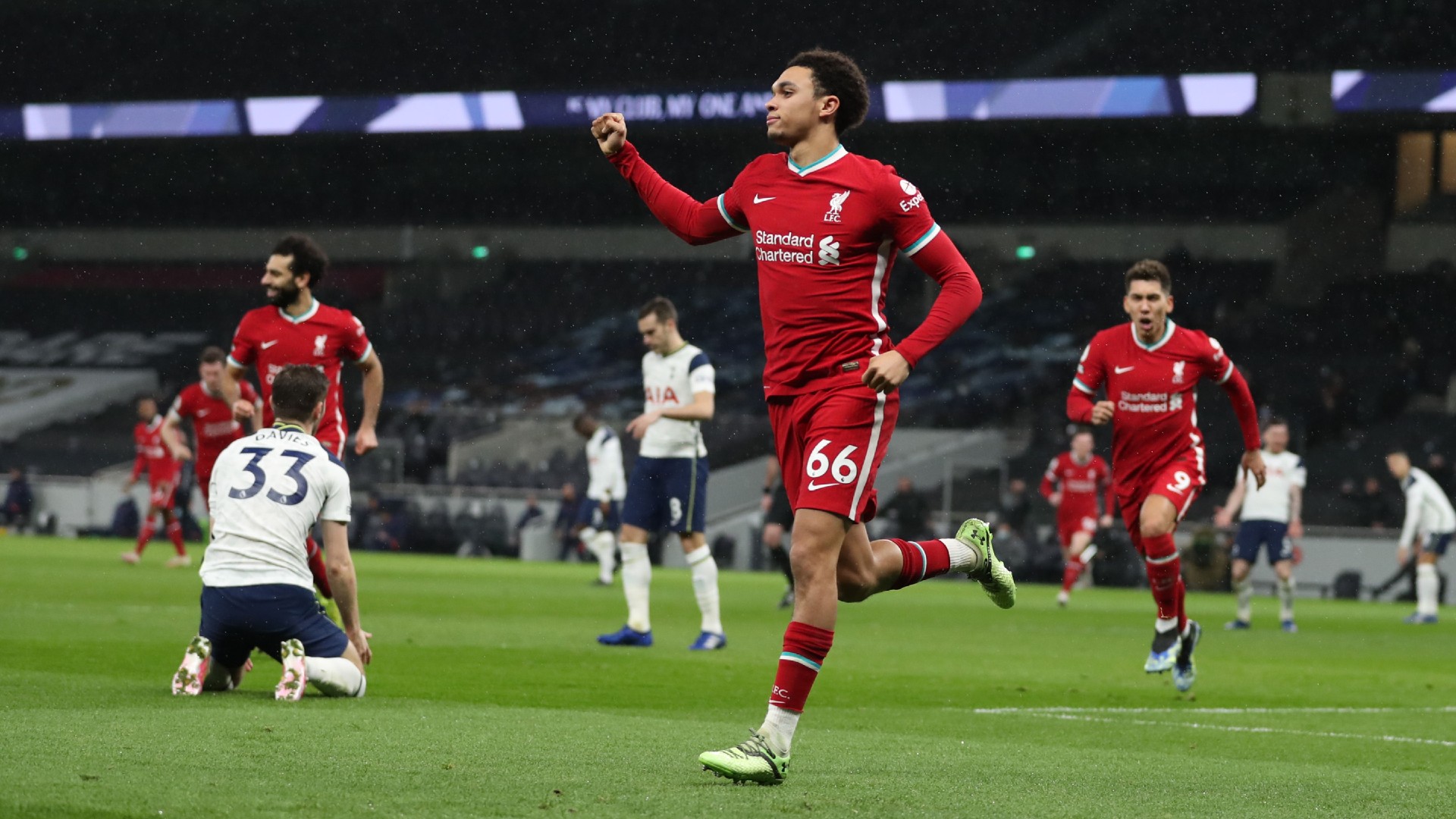 Trent Alexander-Arnold has expressed his belief that Liverpool "dominated" Tottenham on their way to picking up a "needed" and "deserved" victory in north London.

Liverpool brought a five-match winless streak to an end by beating Tottenham 3-1 away from home on Thursday night .

After a fiercely competitive opening 45 minutes, Roberto Firmino turned home a Sadio Mane cross in first-half stoppage time to give the visitors a narrow advantage heading in at the break.

Mane also played a key role in the Reds' second goal of the match early in the second period, with Spurs keeper Hugo Lloris parrying his shot straight into the path of Alexander-Arnold, who then rifled a fierce volley into the far corner of the net.

Pierre-Emile Hojbjerg got the hosts back into the game with a stunning strike from just outside the box moments later, but Liverpool had the final say on proceedings just after the hour mark.

Mane capped a superb all-round display when he produced an expert first-time finish after latching onto a pinpoint Alexander-Arnold through-ball, sparking wild scenes of celebration on Jurgen Klopp's bench.

The reigning champions had gone four games without scoring prior to their latest outing, their worst sequence in 21 years, while a defensive injury crisis has forced their manager to constantly tinker with his line-up to the detriment of the team's overall balance.

However, the Reds looked back to their best against Tottenham, with Alexander-Arnold delighted to see their hard work pay off against a potential top four and title rival.

"We needed that and we deserved it. We dominated most of the game, they had the goal disallowed which probably would've changed the game," the 22-year-old told BT Sport . "We came with a game plan which we executed perfectly and we deserve the three points.

"Goals in games like this change the way the opposition play, they had to come out a bit more in the second half. We could find the space easier and we had our chances and put a few away.

"We've had set back after set back especially in the centre back area and Joel Matip played well and then Nathaniel Phillips in the second half - they have both done a great job which shows the quality we have round the pitch. For myself, it's always good to get a goal and help the team.

"Nothing has really changed, we're the same team we always have been. We have the same mentality going into games, we respect the opposition. We have the expectation on ourselves that we should win the game and it was a whole performance from the lads."