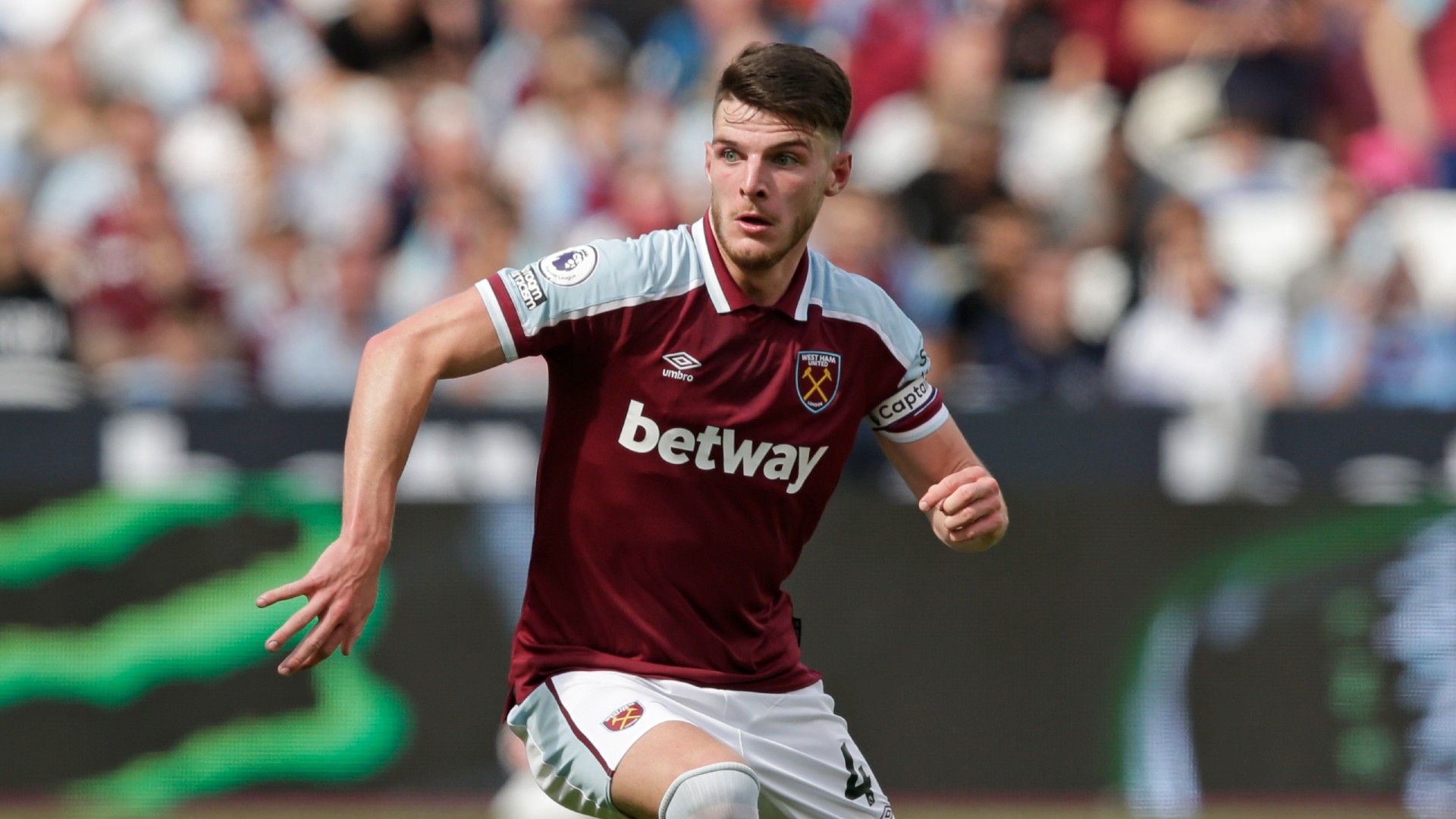 David Moyes has insisted that West Ham "won't be selling" the players that they "value at £100 million" amid ongoing rumours linking Declan Rice with Chelsea and Manchester United.

Moyes guided the Hammers to their joint-highest Premier League finish in 2020-21, with a sixth-place berth securing Europa League football.

A number of players stood out in a stellar year for West Ham, most notably Rice, who went on to play a key role in England's run to the Euro 2020 final and now finds himself attracting attention from two of the biggest clubs in the country.

It has been suggested that the midfielder will head to either Stamford Bridge or Old Trafford before the summer transfer window closes , but Moyes has now revealed that the Hammers are ready to reject any lucrative offers that come in for their best players.

The Scot told  talkSPORT : “We’ve got some players that we value at £100 million ($139m) and we won’t be selling them. That’s the way it is, you’re not going to get rid of your better players, you don’t do it. And if you are then it’s going to be for huge money.

“We’re trying to improve. What we’re saying to ourselves, or I am certainly, is I want to add to our squad if I can do so. I think I’ve got a good team but I need to add to it if I can but I want to do the right thing.

"We brought in Tomas Soucek, Vladimir Coufal, Jarrod Bowen in the last 12-18 months, all of them have been successful. If we can try and bring in another three that are successful like that then it’ll be excellent but it won’t be an easy thing to do.

Who else has been linked with a move away from West Ham?

Rice is not the only West Ham star to have emerged on the radar of the elite, with Liverpool reported to be considering a swoop for English winger Bowen.

Jurgen Klopp is reportedly a keen admirer of the 24-year-old, who recorded eight goals and five assists in his debut season with the Hammers, but he is contracted to remain at the London Stadium until 2025.

Meanwhile, United have also been credited with an interest in Soucek, with the Czech Republic midfielder now being valued in excess of £30m ($42m) after proving himself as one of the best box-to-box midfielders in the Premier League.

Moyes went on to express his belief that West Ham are capable of disrupting the top six again this season if he can keep his most influential players fit.

“We were two points outside the Champions League last year,” he added. “I look back and think there were games we could have got something, maybe in the run-in.

“We got an injury to Declan Rice after the March international break which really was a problem to us in the last six-seven games of the season.