The award caps off an incredible year for Modric, who won his fourth Champions League title with Real Madrid in May, before leading his country to a World Cup final in July and being crowned UEFA Men’s Player of the Year last month.

The Best Men’s Player of the Year award, formerly named the Fifa World Player of the Year, has long been dominated by both Ronaldo and Lionel Messi, but Barcelona forward Messi failed to make the shortlist for this years award for the first time since 2006. Neither player was present in London on Monday.

Modric’s other accolades from last season include him being awarded the Golden Ball for his performances during the 2017 Club World Cup, whilst the former Spurs man was also included in the Champions League team of the season for a third consecutive year and named the best midfielder in the competition for a second consecutive year.

"This trophy is not just mine, it’s for all my Real Madrid team-mates, for all my team-mates from the Croatia national team, for all the coaches that I have played for," Modric stated upon receiving the award.

"Without them, this would not be possible and thank you a lot to them.

"This trophy is also for my family, without whom I would not be the player and person that I am. They are my ‘the best’.

"At this particular moment, I would like to mention my footballing idol [Zvonimir Boban] and captain of Croatia generation 1998 and their first participation [at the World Cup finals as Croatia] and bronze in France.

"He was my big inspiration and that team gave us belief that we could achieve something great in Russia. Hopefully we can be the same for next generations.

"This award shows that we all can become the best with hard work, dedication and belief. All dreams can come true."

Juventus forward Ronaldo had won the two previous Best FIFA awards before this year, but was beaten to this year's crown by his former Real Madrid team-mate and also missed out of the UEFA Men’s Player of the Year award to Modric last month. 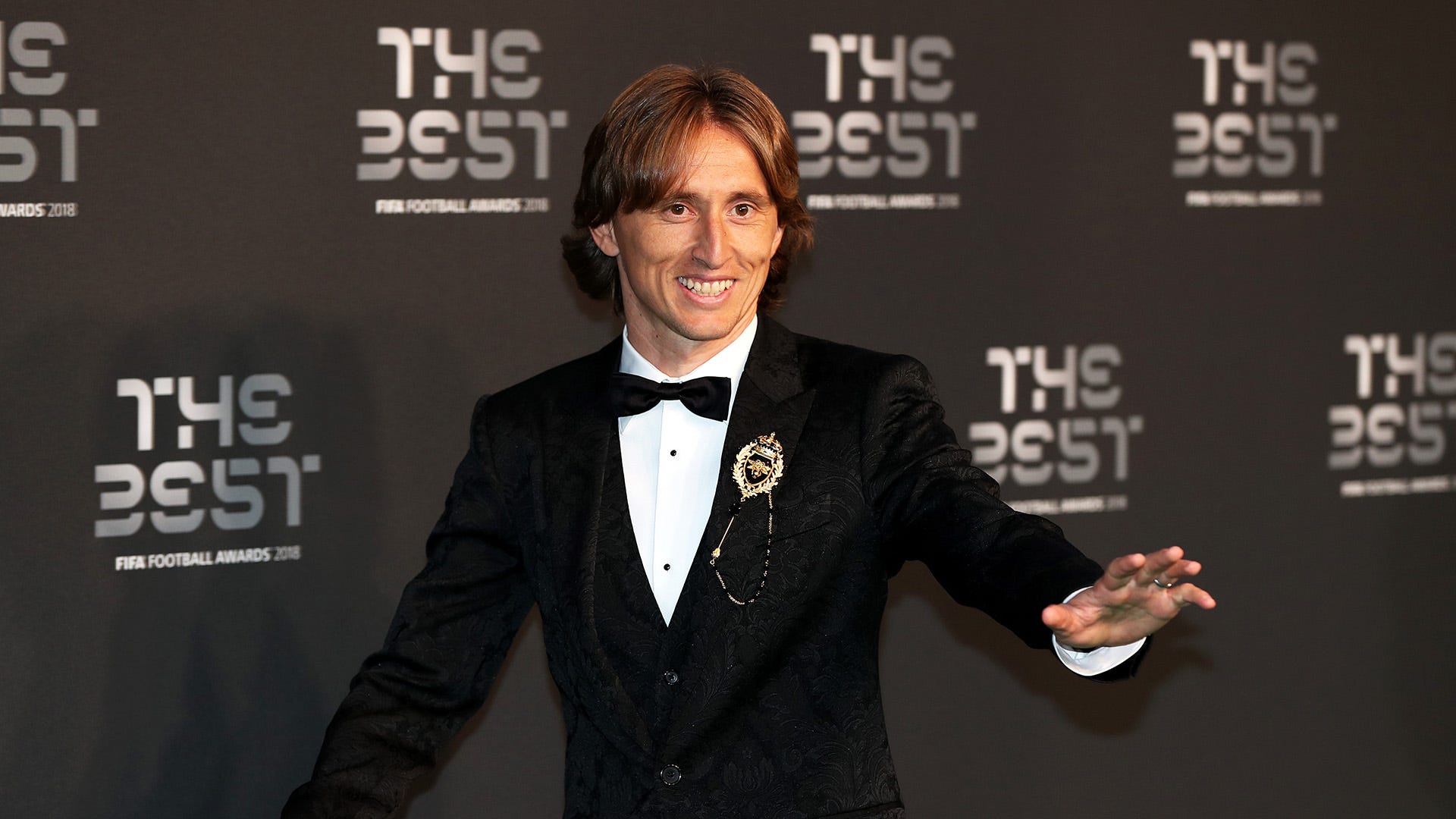 The Portugal star was nominated after playing a vital part in a third successive Champions League title for Real Madrid last season. He was top scorer in the competition with 15 goals and netted 44 goals altogether for Los Blancos in 2017-18, before moving to Juventus in a deal worth a reported €100 million (£90m/$118m).

"First of all I would like to give congratulations to Mohamed [Salah] and Cristiano [Ronaldo] for the seasons they have had, and I'm sure that in the future you will have another opportunity to win this trophy," Modric said of the two fellow nominees.

Liverpool star Salah was nominated after a remarkable year that saw him score 44 goals in 52 games in his debut season with the Reds, after arriving from Roma in June 2017.

The Egyptian icon came up against both Modric and Ronaldo in last seasons Champions League final but was forced off early after suffering a shoulder injury in a coming together with Sergio Ramos. He recovered in time to represent his country at the World Cup in Russia, but was unable to guide them past the group stages.

Salah was rewarded at Monday's ceremony with the Puskas Award for best goal of the past year .

France coach Didier Deschamps was crowned Men's Coach of the Year, while football legends lined up to criticise Messi and Ronaldo for their notable snub of the FIFA event.