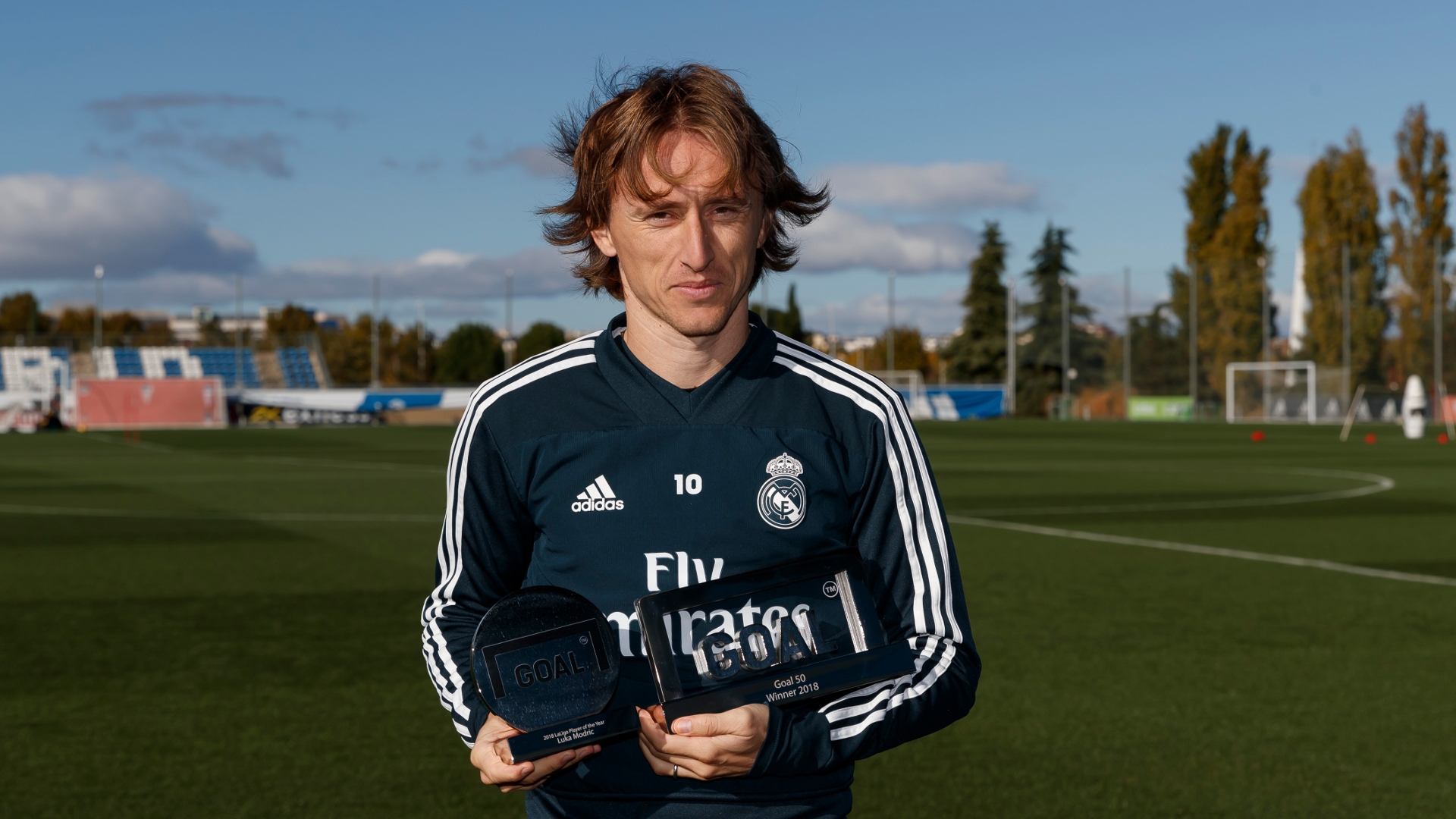 Luka Modric has been unveiled as the winner of the 2018 Goal 50, thus breaking Cristiano Ronaldo and Lionel Messi's stranglehold on the prestigious annual prize.

Not since Wesley Sneijder in 2010 had someone other than Ronaldo or Messi topped the list, which recognises the 50 best players in the world over the preceding 12 months.

However, Modric has claimed the award after a stellar year in which the midfielder helped Real Madrid win a third consecutive Champions League before then leading Croatia to the final of the World Cup.

Ronaldo, who top-scored again during the Blancos' European triumph, had been bidding to finish top of the Goal 50 for the third year in a row but the Portuguese superstar was forced to settle for second place.

Liverpool and Egypt sensation Mohamed Salah claimed the final podium place, thanks in no small part to the fact that be broke the record for goals across a single Premier League season by netting 32 times during his debut campaign at Anfield.

Kylian Mbappe finished fourth after lighting up Russia 2018 with a string of scintillating performances for champions France, including a decisive double against Argentina that ended Messi's hopes of World Cup glory at the last-16 stage.

Messi, though, still made our top five after inspiring Barcelona to a domestic double, while his 34 goals – in just 36 Liga matches – also earned the diminutive attacker the European Golden Shoe.

Elsewhere, Kevin De Bruyne was rewarded for the key role he played in Manchester City's record-breaking Premier League triumph with sixth place in the standings.

The Belgium international, who played a pivotal part in his country's third-placed finish in Russia, finished just ahead of this year's highest-ranked defender, Real and France centre-half Raphael Varane, who, this summer, became only the fourth player in history to win both the Champions League and the World Cup in the same year.

The prolific Tottenham and England striker Harry Kane came home in eighth place thanks to his Golden Boot success in Russia, with Antoine Griezmann ninth on the back of his contribution to France's World Cup triumph, and Real left-back Marcelo rounding off the top 10 after scoring in every knockout round before racking up two assists in the Champions League final.

The Goal 50 is an annual award that both recognises and ranks the world's 50 best footballers of the preceding 12 months.

Chief editors and correspondents from Goal's 42 editions around the world all cast their votes, with candidates judged on their level of consistency over the previous year of action, their big-game performances, footballing legacy and the success of their teams at both club and international level.