The six-time Ballon d'Or winner is heading out of Camp Nou, with the Liga giants unable to retain his services despite agreeing a new contract

Barcelona president Joan Laporta has been explaining why a new contract cannot be agreed with Lionel Messi, with an all-time great preparing to sever ties with the only club side that he has represented in an iconic career.

The Liga giants appeared to be closing in on an agreement that would keep the six-time Ballon d'Or winner on their books, with Messi having opened himself up to an extended stay in Catalunya.

Financial struggles have, however, brought those discussions to a close, with a desire from both sides to get a deal done not enough as the Argentina international prepares to open a new chapter away from Barca.

Laporta told a press conference: "Leo wanted to stay at Barca. We wanted him to stay.

"I want to thank everyone that has been in the negotiations. There were lots of aspects that needed to be negotiated.

"He is the best player in the world and has other offers, of course.

"After all of this process, there comes a moment where you have to say 'enough'. You have to analyse it and look at the numbers.

"In La Liga we have to abide by the rules. We think they could be more flexible, but that is not an excuse. We couldn't abide by it.

"Leo deserves everything. He has proven that he loves Barca. He has his roots in Barcelona. I'm sad but I'm convinced we have done the best for the interests of Barcelona."

Laporta added: "Leo's legacy is excellent, he has made history. He is the player with the most success in the history of the club. I hope we can overcome this situation.

"A new era starts now. There will be before and after Leo, as there was with other great players in the history of Barca."

Is there any chance of Messi staying? 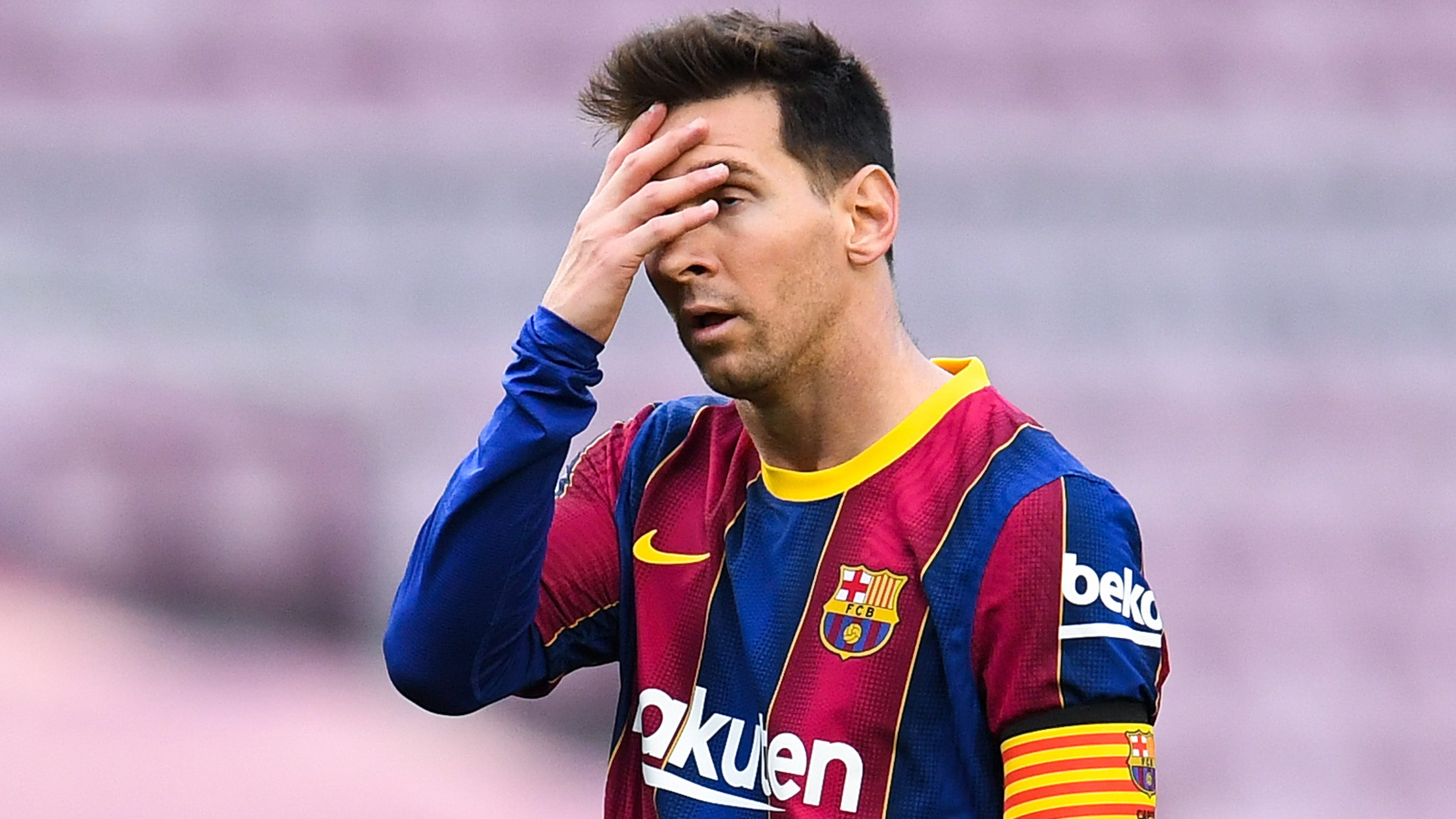 Messi remains up for grabs at present, amid talk of interest from the likes of Paris Saint-Germain and Manchester City, with a door still open for Barca.

Laporta, though, concedes that fresh terms for the modern-day icon are now highly unlikely, with the path cleared for him to enter into discussions with other teams.

He said: "I don't want to generate false hope.

"During the course of negotiations we know that the player has had other offers. There was a time limit.

"If fair play continues to be rigid, the player needs some time to see what he is going to do and look at other options.

"We have been at it for two months and have gone through different stages. The first agreement was two years. Then we agreed a five-year contract.

"We were all thinking of two years and, if he wanted more, we could sit and negotiate. We wanted the era of post-Messi to start in two years, but we have had to bring that forward."

He added: "Leo wanted to stay, so he is not happy. For him right now, it is a situation where he has to confront reality that can't be changed. He knows that I wish him the best wherever he goes. Barca is his home.

"I wanted to be here with Leo today, but we have to live in the real world. I like to dream, but this is the reality of what has happened. Right now, it is not easy."

Why couldn't Barca do a deal with Messi?

The Blaugrana have to abide by salary cap restrictions in the Spanish top tier, with that preventing them from putting another big-money deal in place with a prominent member of a star-studded squad.

Laporta said: "The salary mass is 110 per cent of the total income of the club, we don't have any margin in terms of salary.

"The rules and regulations of the Spanish La Liga is regulated by Financial Fair Play and we don't have any margin.

"We knew that when we got to the club, but the numbers that have been presented to us, they are a lot worse than were exposed initially and those that we were working with. That means that the losses are more than we had expected.

"What we are spending is a lot more than we expected and the current contracts mean that we have this salary mass of great magnitude.

"This is all tied to fair play. La Liga doesn't follow the criteria of cash, that is why we couldn't fit in the first contract that we agreed with Leo Messi.

"The club is more than 100 years old and is above everything - even the best player in the world. We will always thank him for everything he has done for us. The club goes above players, the president.

"We wanted to take the risks. We have realised what the real situation is at the club and we would have put the club at great risk.

"The salary mass has a great deal to do with that after a calamitous situation that was down to the previous board. If we terminate current contracts, that also has risks. We can't destroy the club."