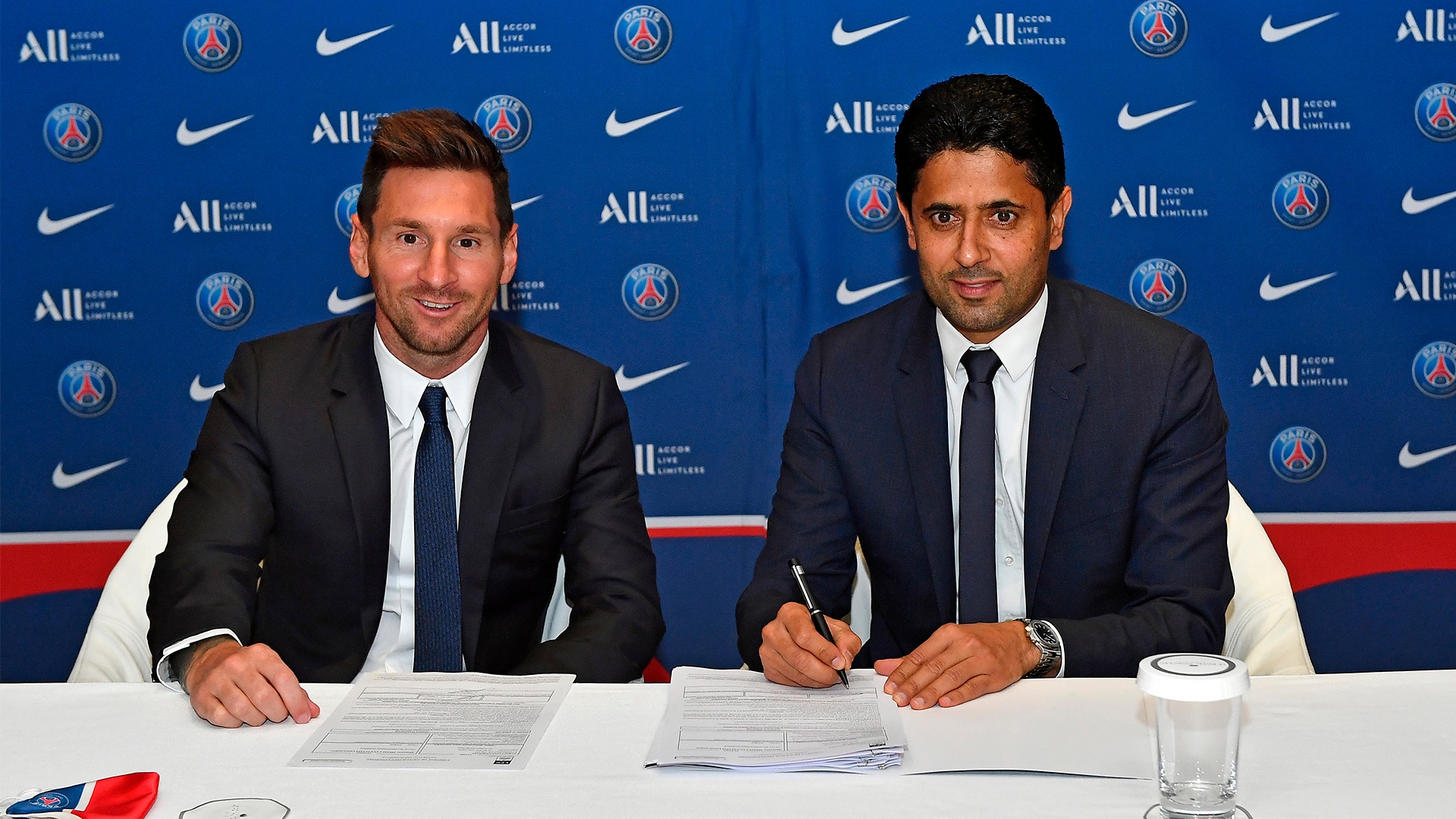 Lionel Messi has officially joined Paris Saint-Germain on a free transfer following his departure from Barcelona.

Messi has committed to a two-season deal at Parc des Princes with the option of an extra year, and will reportedly earn €35 million (£30m/$41m) per annum in wages with the French giants.

Barca sent shockwaves across the football world when announcing that they couldn't afford to re-register the 34-year-old winner last week, and PSG have moved quickly to secure the services of the six-time Ballon d'Or winner.

"I am impatient to start a new chapter of my career in Paris", Messi told the PSG website. "The club and its vision are in perfect harmony with my ambitions. I know how talented the players and staff are here. I am determined to build, alongside them, something great for the club and for the fans. I can't wait to set foot on the Parc des Princes pitch. "

"I am delighted that Lionel Messi has chosen to join Paris Saint-Germain and we are proud to welcome him to Paris, with his family," said Nasser Al-Khelaifi, the club president.

"He did not hide his desire to continue to evolve at the highest level and to win trophies. The ambition of the club is of course identical. The addition of Leo to our world-class team confirms the relevance and success of our recruitment. Together with our great coach and his staff, I look forward to seeing our team make history for all of our supporters around the world. "

Why did Messi leave Barca?

Messi's next move has been a topic of hot discussion ever since he handed in a transfer request at Camp Nou at the end of the 2019-20 campaign, with Manchester City, Inter and Bayern Munich all linked with the Argentine and a possible switch to MLS also mooted.

Barca managed to convince Messi to play on for one more season though, and after helping the club win the Copa del Rey under Ronald Koeman, he changed his mind about calling a halt to his 21-year career in Catalunya.

A well-documented financial crisis forced the Blaugrana to delay an official announcement of a new contract for Messi, who agreed to remain on their books for another five years after becoming a free agent on June 30.

However, the renewal proposal eventually had to be torn up due to the fact Barca had already exceeded La Liga's salary limit, leaving their talismanic captain with no choice but to confirm his exit in an emotional final press conference.

What will Messi bring to PSG?

PSG have signed a man who will surely be remembered as the finest player to ever grace the Camp Nou turf, with his staggering record of 672 goals through 778 appearances for Barca unlikely to be broken in the near or distant future.

Messi helped the Blaugrana win 34 trophies in total, including four Champions Leagues and 10 La Liga titles, having initially made his debut for the club as a 17-year-old back in 2004.

The Argentina international's vast experience and insatiable hunger for major silverware could prove invaluable for PSG as they bid for success on both domestic and European fronts in 2021-22.

Head coach Mauricio Pochettino will be expected to wrestle the Ligue 1 title back from Lille and take the club all the way in Europe, with Messi set to complete a mouth-watering front three alongside ex-Barca team-mate Neymar and World Cup winner Kylian Mbappe.