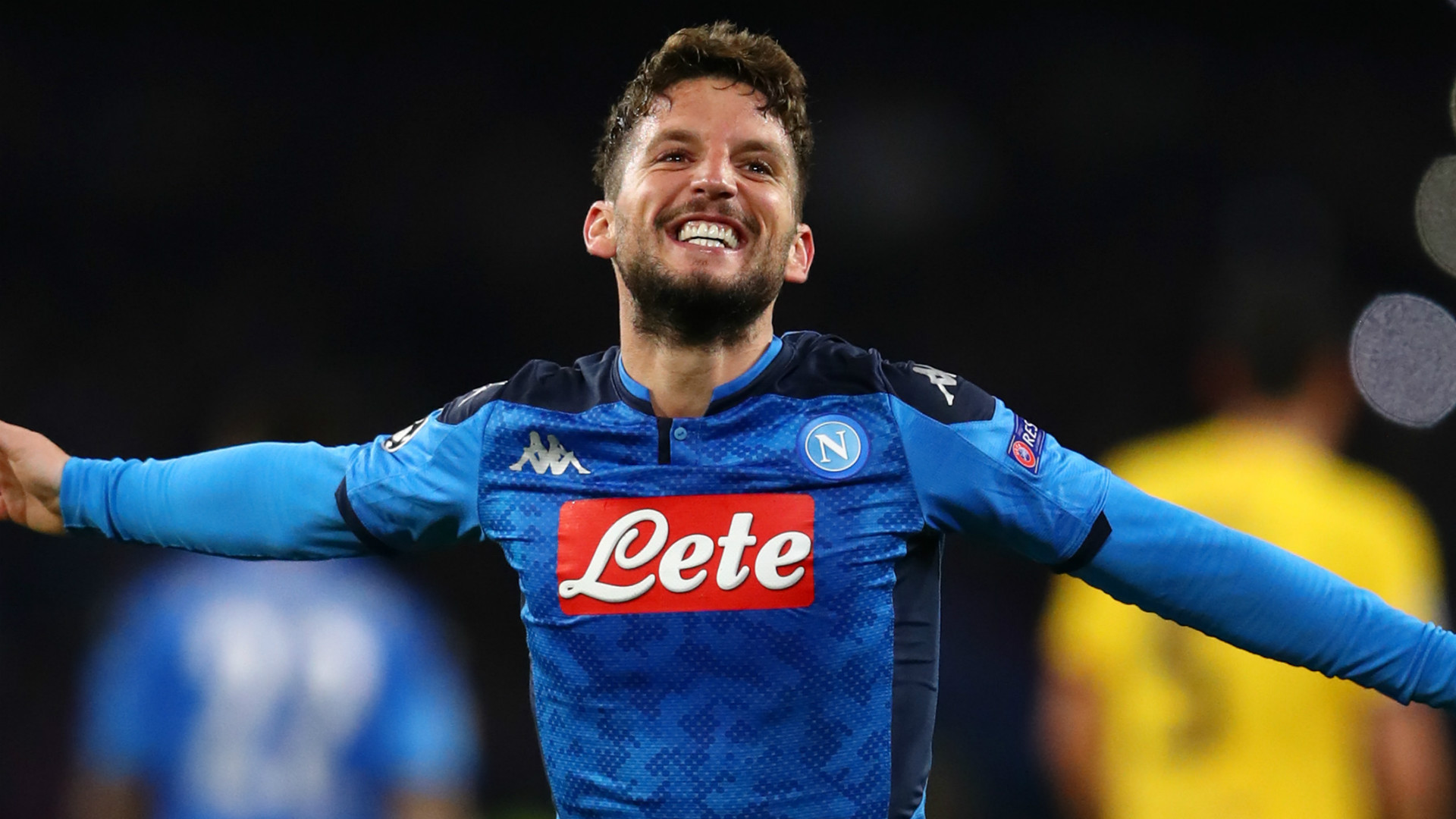 Dries Mertens became the joint-top goalscorer in Napoli's history when he found the net against Barcelona on Tuesday.

The attacker netted the first goal of the Champions League last-16 first leg against the Catalan side when he took on a Piotr Zielinski cut-back on the edge of the box and sent it curling past goalkeeper Marc-Andre ter Stegen and into the top corner.

It was the 32-year-old's 121st goal for the Serie A side and puts him top of their all-time scoring charts alongside former captain Marek Hamsik.

121 - Dries Mertens' opener against Barcelona was his 121st goal for Napoli in all competitions, moving him level with Marek Hamsik as the joint-top scorer in the club's history. Landmark. pic.twitter.com/lYwcYoSful

Mertens needed just 310 appearances to join his former team-mate on top, whereas Hamsik needed over 500 games to reach the tally.

The pair are six goals ahead of Argentine icon Diego Maradonna, who spent seven years at Napoli and won two Serie A titles and a UEFA Cup.

Mertens moved to the Stadio San Paolo from PSV in 2013 and netted 13 times in 47 games in his debut season as they won the Coppa Italia.

But the Belgium international's real breakthrough in Italy came in 2016-17 when he finished the campaign with 34 goals in all competitions.

This season, Mertens has 12 goals from 28 matches for a team sitting sixth in the Italian top-flight - six points behind fifth-placed Roma and 24 adrift of defending champions and leaders Juventus.

The former Utrecht star's time at Napoli could be nearing an end, however, as his contract will expire at the end of the season.

Although Napoli are said to be trying to tie him down to a new deal, reports in Italy have linked him with a summer move to Inter and other clubs are expected to enter the frame.

Chelsea made an enquiry over the possibility of signing him near the end of the January transfer window as they looked to bring in a new striker but the Serie A team refused to let him go.