PSG's World Cup winner had suffered a poor season up to now, judged by his own standards, but he was flawless in the absence of Neymar to punish Barca

Camp Nou might have been a graveyard for Paris Saint-Germain in 2017 but, four years on, Barcelona’s home stadium became the scene of arguably the greatest night of Kylian Mbappe’s club career.

Without the support of Neymar and Angel Di Maria, the 22-year-old single-handedly destroyed the Catalans, scoring a hat-trick as PSG established a 4-1 aggregate lead in the Champions League last 16.

It will go down as a defining moment in his career.

Barcelona required a win by at least a four-goal margin when they famously completed La Remontada with a 6-1 victory. On that occasion, though, they had Luis Suarez and Neymar in their ranks as well as Messi to instigate a comeback.

They do not appear to have the artillery to worry PSG in such a manner at Parc des Princes on March 10.

Back when PSG disintegrated in Catalunya, Mbappe was simply beginning to start writing his legend. A matter of days earlier, he had scored his first Champions League goal and, exactly a week later, his second would help Monaco eliminate Pep Guardiola’s Manchester City from the last 16.

Since then, the forward has gone on to win Ligue 1 on four occasions and play a starring role as France won the 2018 World Cup, establishing himself as a genuine superstar of the game.

However, he has perhaps never before turned in a performance as commanding and as complete as the one he produced against Barca.

Even before Lionel Messi had put the home side ahead from the penalty spot, it was evident that Mbappe was ready to shoulder PSG’s threat. 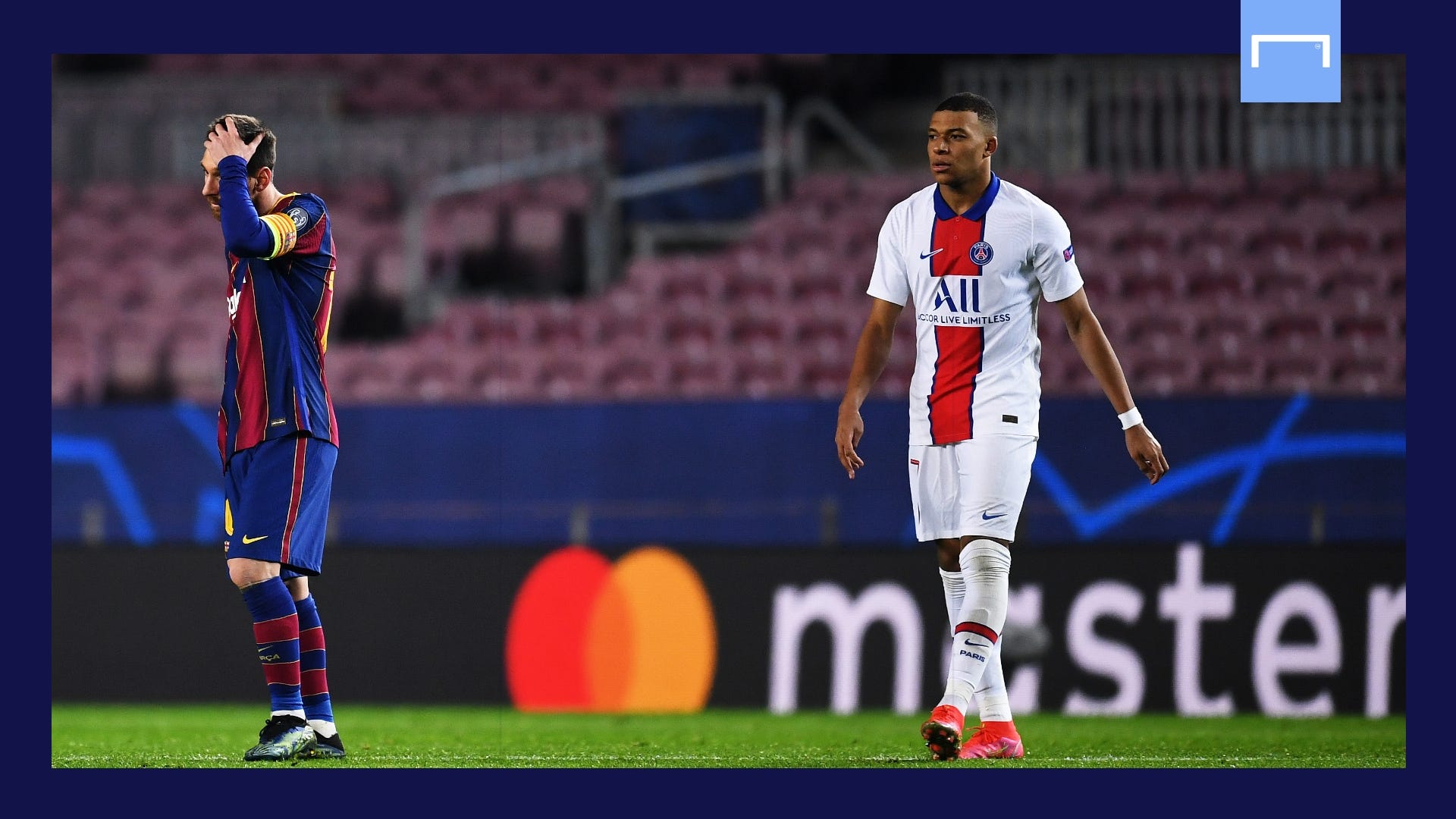 He was powerful and direct from the outset, but his opener relied as much on finesse as he manufactured room when there was apparently none before lashing the ball into the roof of the net, leaving Marc-Andre ter Stegen simply waving at it.

His second, which was the turning point of the tie, was a relatively simple tap-in after Alessandro Florenzi’s cutback had been blocked. However, it was clever the way in which he positioned himself around the penalty spot to wait for such scraps to fall his way.

When he added PSG's fourth with the type of curling finish that all-time France great Thierry Henry would have been proud of, it simply served to kill off the tie.

"I am happy for him," Barca's Antoine Griezmann told RMC Sport of his international team-mate afterwards. "He has been criticised a lot, but that is what happens when you are in the spotlight for a little while.

"As soon as he plays less well, we criticise him. It is quite easy. But I believe that PSG have a future star, one who will be on the level of Leo [Messi] and Cristiano [Ronaldo]. He had a truly great match."

At times this season, Mbappe, who has been troubled by injury and illness, has been culpable of overcomplicating his game, to such an extent that former PSG player Jean-Michel Larque claimed he had “no place” at the club.

This, then, was a spectacular return to form. This was the Mbappe long hailed as the heir to Messi and Ronaldo as the game’s greatest.

“Mbappe, what a huge player!” the injured Neymar gushed on social media as the match unfolded. 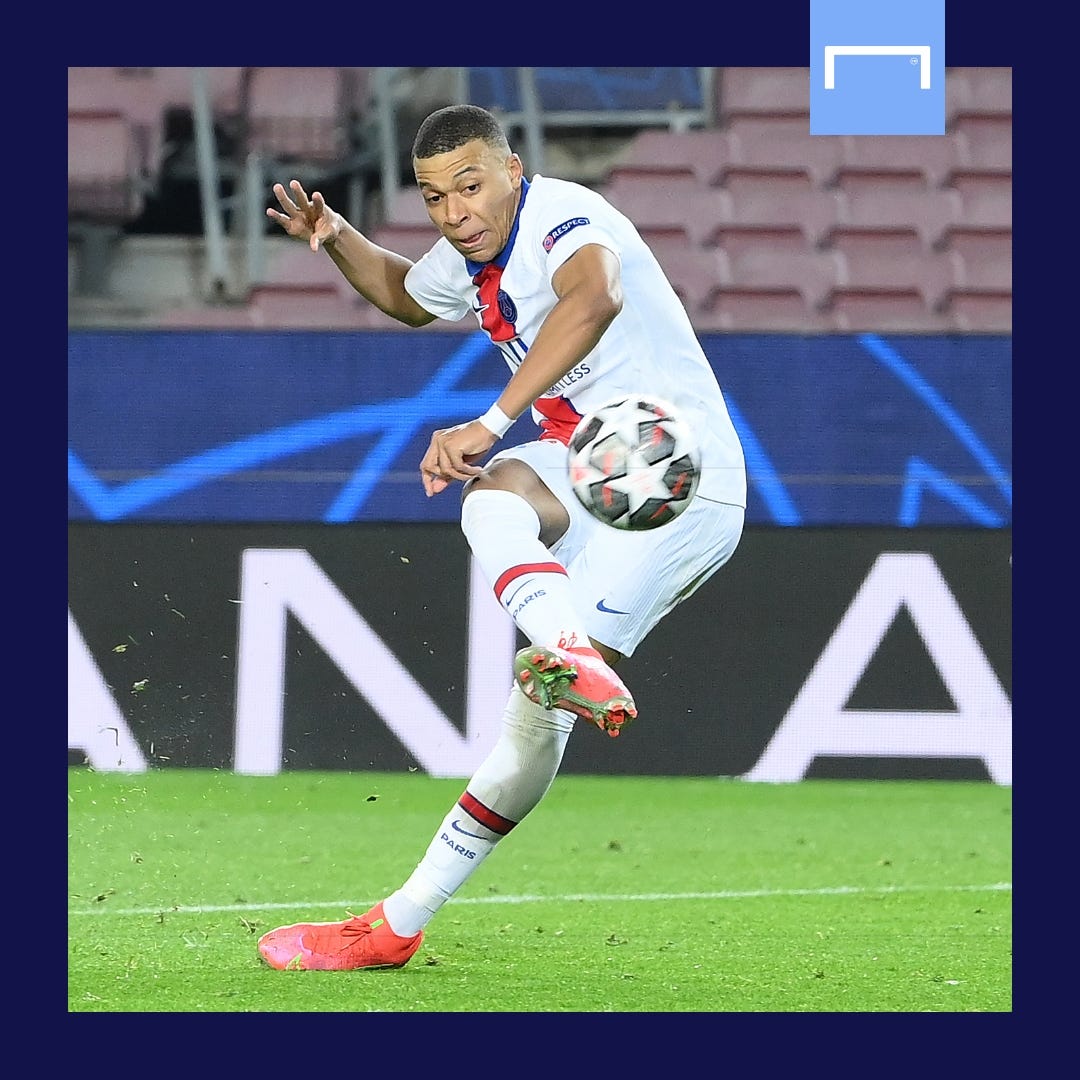 For Mbappe, whose contract with PSG is up in 2022, it was not only a statement of intent as to what he can produce in the latter stages of the Champions League, it was also a timely reminder to his club that he is a player who is destined to be at the top of the game for perhaps the decade to come.

“The PSG shirt is one I hold dear to my heart,” he told RMC after the fixture. “It would be stupid to decide my future on one match.

"The truth is that it is about reflecting for the long term. I have always said that I am happy here. This sort of match makes me even happier."

With Neymar set to sign a new deal imminently, PSG seem to have put their faith in the Brazilian to be the centrepiece of their project in the years ahead, and it is as yet unclear if Mbappe will be content with a supporting role.

At Camp Nou on Tuesday, he proved he is fit to grace any stage, and that fit and motivated, PSG would do well to keep him in their corner.