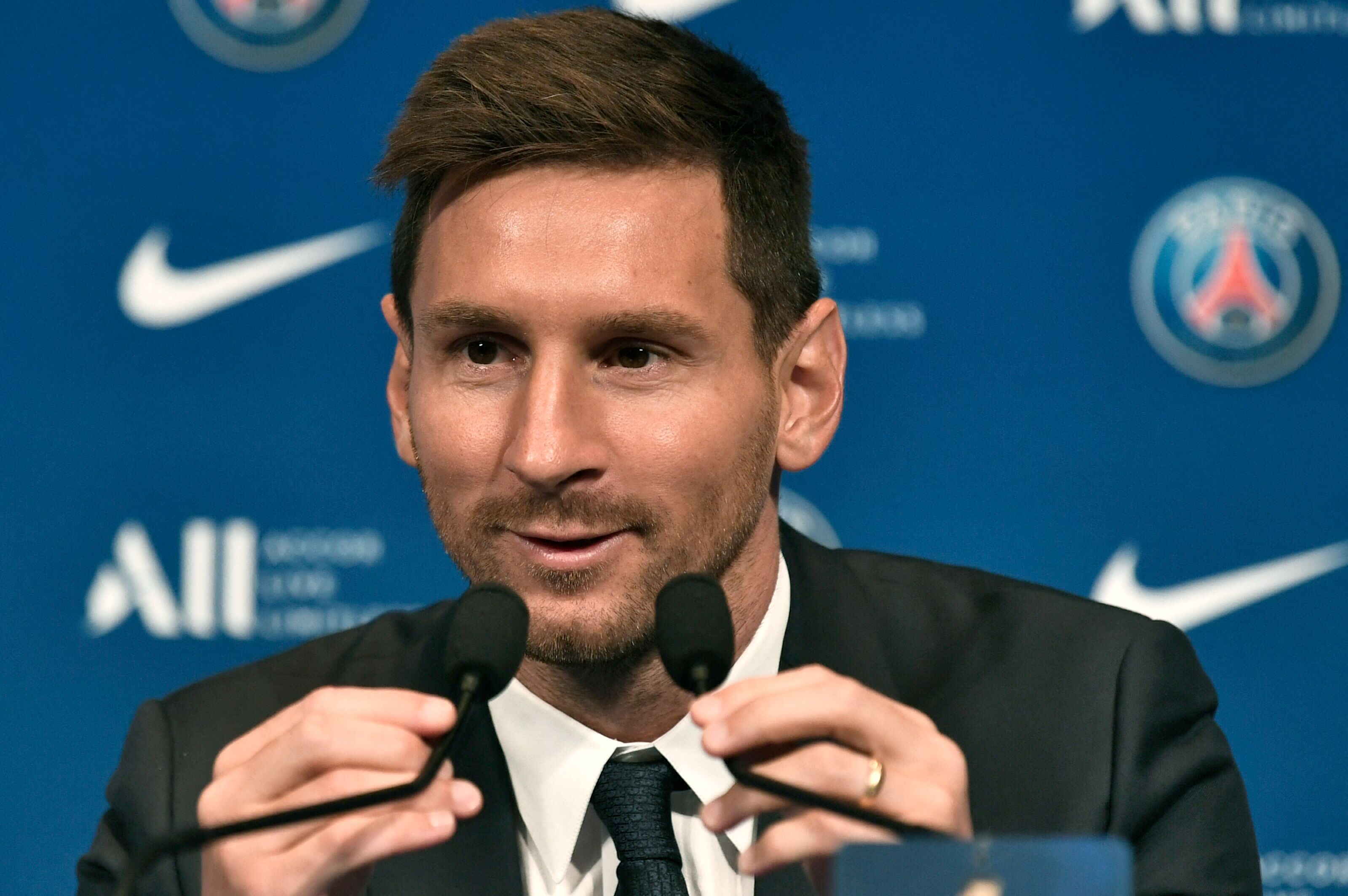 Lionel Messi says he's unsure when he will make his Paris Saint-Germain debut after joining the French giants on a free transfer due to the fact he may "need a pre-season".

Messi addressed the media for the first time as a PSG player on Wednesday, having joined the club on a two-year contract following his departure from Barcelona.

The 34-year-old is embarking on a new chapter after 21 years at Camp Nou, but hasn't trained since helping Argentina win the Copa America in July, and admits he will need some time to get back up to full speed before taking his bow at Parc des Princes.

"Actually, I don't know. I was on holidays and it's very new," Messi told reporters when asked when he will make his maiden appearance for PSG. "I spoke yesterday with the technical staff, so, maybe I need a pre-season.

"I'm going to begin to train and work and I hope I can play as soon as I can, when the staff thinks I'm OK, I'll be ready."

The six-time Ballon d'Or winner added on the warm welcome he received from supporters upon his arrival in Paris: "I'm very grateful - grateful to the people in the street. I was in Barcelona when the press told me about that. I've seen things from Spain and the people were already outside in Paris and it was incredible to see them outside in the streets.

"I am grateful and want to thank them and now I really want to see them in the city and in the stadium. It will be an incredible year and we are going to enjoy this."

Messi on the prospect of returning to Barca

Messi, who left Barca as their all-time top scorer after helping the club win four European Cups and ten La Liga titles among a host of other honours, went on to address the possibility of coming up against his former club in the upcoming season as PSG seek to win the first Champions League crown in their history.

The Argentine international also reiterated his surprise over the sudden nature of his Camp Nou exit, having originally agreed to a new five-year contract before the club were forced to announce that they couldn't re-sign a talismanic figure due to their ongoing financial struggles.

"It was very complicated to exit Barcelona without knowing where I was going to go. Barcelona is my home, I have been there since I was a kid," Messi added.

"They knew I would arrive in a strong team, a team aiming to win the Champions League. I love to win. I want to have important goals. I know my goals and PSG's goals are the same and want to be bigger and bigger.