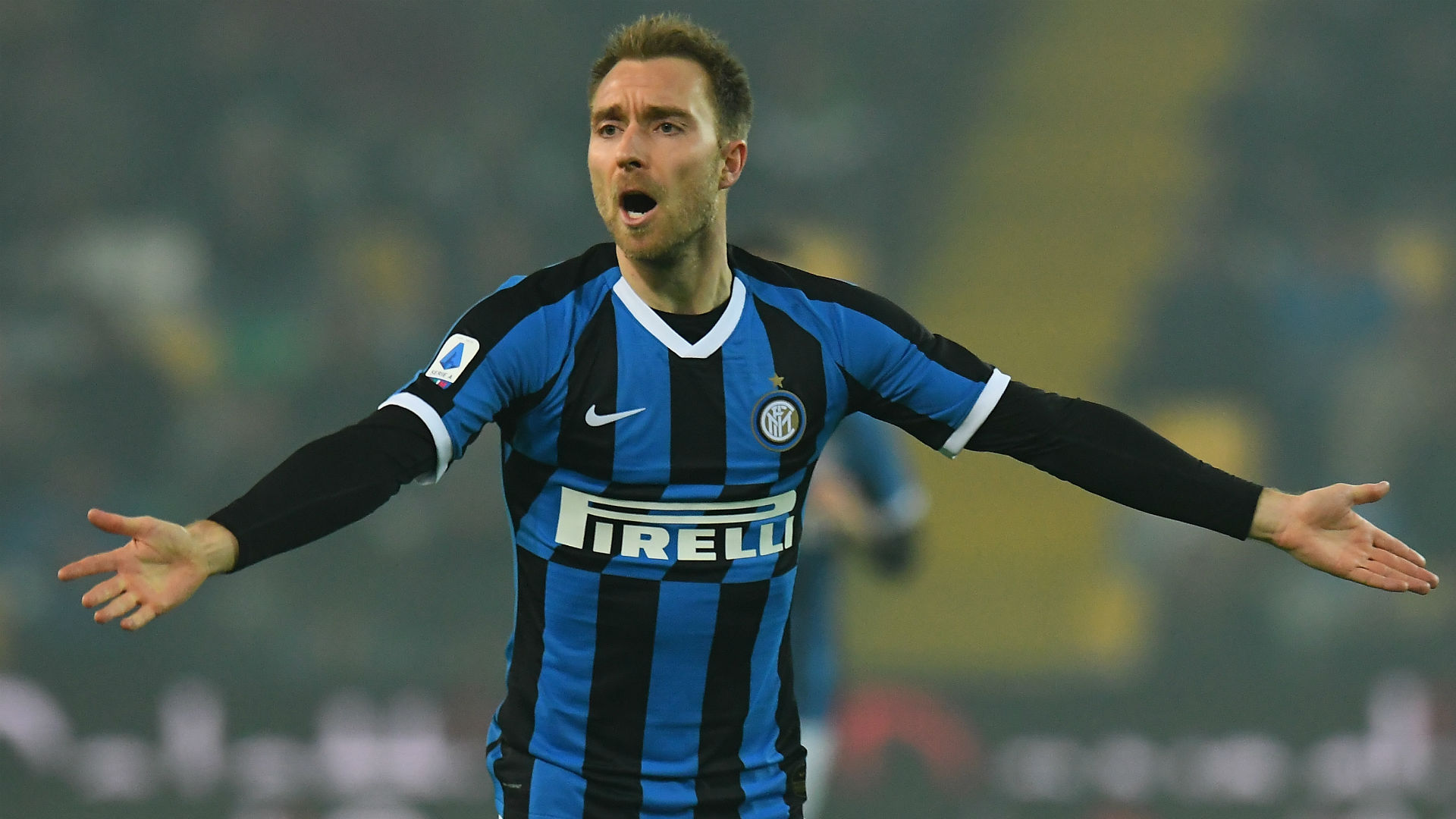 The Dane says staying in the Premier League "would have been an easy solution" after leaving Spurs, but he wanted a new experience away from England

Inter midfielder Christian Eriksen has admitted that he held talks with Manchester United over a possible transfer, but claims he never really considered the possibility of a switch from Tottenham to Old Trafford.

Eriksen expressed a desire to leave Spurs following a painful Champions League final defeat to Liverpool at the end of last season, putting a whole host of clubs across Europe on red alert.

Real Madrid, Juventus and Paris Saint-Germain were among those credited with an interest in the Denmark international, along with United, who were initially considered to be the frontrunners in the race for his signature.

Spurs managed to keep hold of Eriksen for the first half of the 2019-20 campaign, but decided to cash in on a prized asset in January after failing to convince him to extend his contract beyond this summer.

The 27-year-old completed a €20 million (£17m/$22m) move to Inter on January 28, and the playmaker insists that he always intended to undertake a new challenge in a different country.

When asked to comment on previous links with United, Eriksen told BBC Sport: "For a few years but it was never really likely.

"We did speak to them, of course, and we did hear what was possible and what wasn't possible.

“But, in the end, me personally, I wanted a new challenge. To stay in the Premier League would have been an easy solution.

"Of course, staying at Tottenham would also have been a solution but, for me, it just came down to wanting to try a new challenge in a new country. Once Inter came up it really wasn't a difficult choice."

Eriksen went on to reflect on his final six months at Spurs, admitting everything started to go downhill in the wake of the team's failure on Europe's biggest stage.

Head coach Mauricio Pochettino was sacked in November after Tottenham fell into the bottom half of the Premier League table, with Jose Mourinho drafted in as his replacement, and Liverpool began to emerge as the dominant force in English football.

"The Champions League final was such a special moment. In the history of Tottenham, it was the first time," Eriksen said. "To be there was so nice and beautiful. But you lose and the next day it is the end of the world. That is how it goes.

"Afterwards it was difficult. People were still sad from the Champions League final when the season started. After you get a few bad results, then you go into a spiral you are not used to and it was difficult to come back up.

"But if you look at the Premier League, there is only one team that is really flying. All the others are trying to find their place, not only Tottenham. Some seasons are like that.

"The history of the last five years is of Tottenham being where they have not been before for a long time. It was not a time to end but, in a way, it just came along which was something we didn't expect and didn't want."

Eriksen added on making the transition from the Premier League to Serie A with Inter: "Historically, it is not that easy to come in January. Everyone is at the same fitness level because they have trained together all season.

"I need to fit in with how they play and learn the different things they do."