The last three English champions occupy the top three spots so far this term, and judging by their displays so far, we may just get a three-horse race

Liverpool's 2-2 draw with Manchester City on Sunday felt like a homecoming; a return to the frantic intensity of elite Premier League football and, two months into the 2021-22 season, the latest milestone on the path to normality.

The Premier League is back to its best.

That can only be the main the takeaway from a game of such technical and tactical quality, a game that took us back in time to the peak years of the Jurgen Klopp vs Pep Guardiola rivalry, and confirmed the shadow sport that kept us going through lockdowns is a thing of the past.

Seven matches in – one fifth of the campaign gone – we enter the second international break hungry for the return of a domestic season shaping up to be one of the best ever.

Already Chelsea, Liverpool, and Manchester City occupy the top three spots, and judging by their superb performances so far we might just get the first-ever three-horse race going the distance.

Certainly all three clubs are capable of hitting 90+ points, and although City hold a slight advantage at the half-way point in their mini-league, there is nothing between them.

More exciting still, each club has unique strengths – and is uniquely flawed.

Anfield-factor drives Liverpool - but leaky defence holds them back

We all know Klopp's tactical strategy by now. It really has not changed much of the last few years, the only difference between this and the last is the return of both defenders from injury and of the Anfield crowd.

Together, these two factors have given Liverpool an explosive edge again. 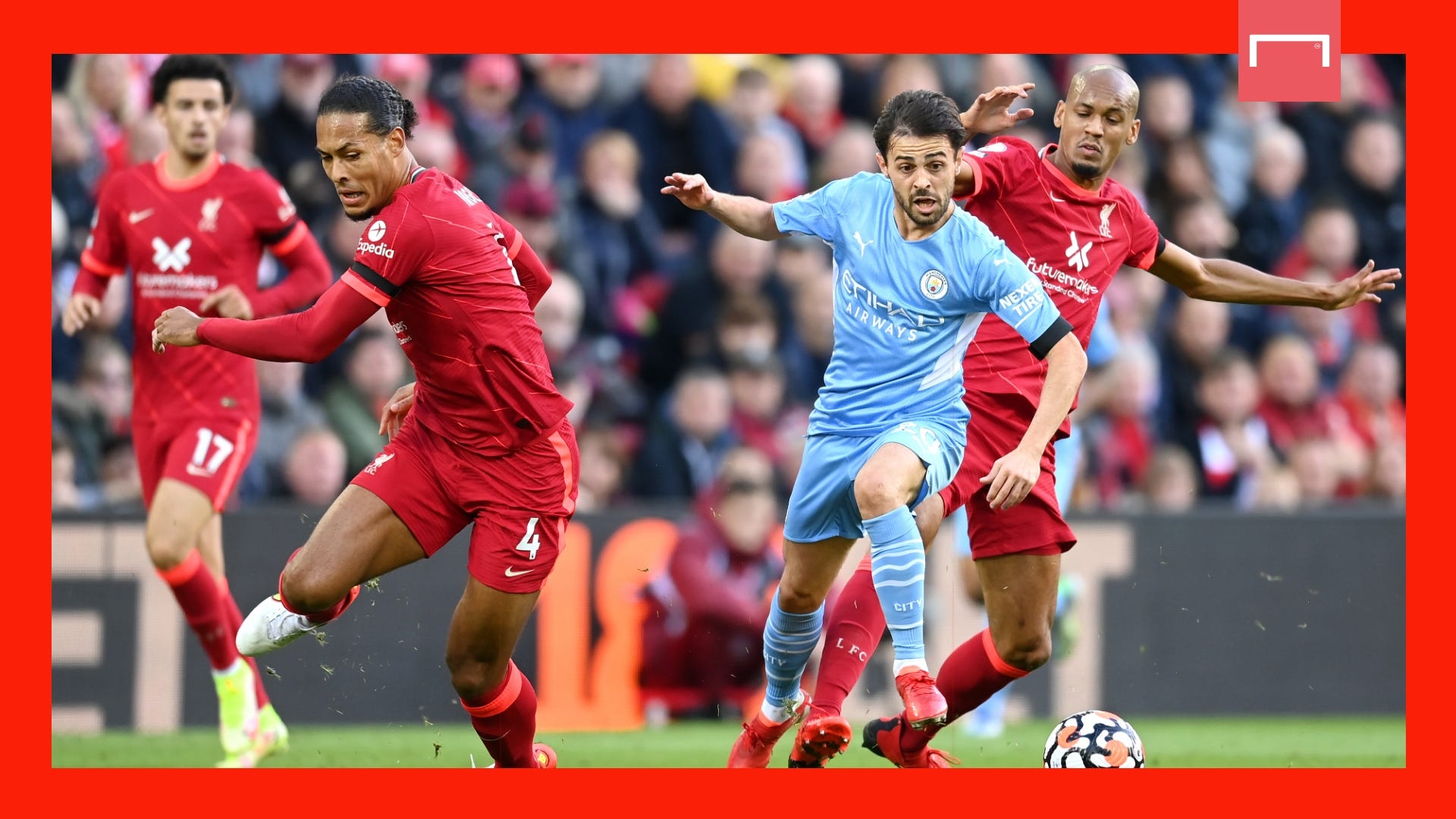 Klopp needs Fabinho in central midfield to break up opposition counterattacks and push the ball cleverly back forward, allowing Liverpool to maintain a high line and aggressive press while pinning the other team back. From here, the Reds grind teams down until, with Anfield baying for blood, they submit.

Virgil van Dijk's recovery has allowed Fabinho to step back into his preferred role, and it is clearly having an effect.

Liverpool also needed fresh motivation following the comedown of playing in empty stadiums after winning the title, and sure enough the chance to lift the crown in front of the supporters has put a spring back in the step of Sadio Mane and Mohamed Salah.

Their form has Liverpool top of the charts for shots per game (21), and the style of their attacks remains the same, with a narrow front three drawing the opposition infield to make space for Trent Alexander-Arnold and Andy Robertson out wide.

The gegenpress catches teams high up the field, setting those forwards away, while Diogo Jota has added firepower since jumping ahead of Roberto Firmino in the pecking order.

But Liverpool do have one key weakness.

They have conceded six goals in their last three matches in all competitions, and concede 10.7 shots per game in the Premier League, more than the 8.7 per game in their disappointing 2020-21 campaign.

While their press is looking more effective - PPDA (passes per opposition defences action) is down from 10.01 to 9.03 - things begin to unravel once the opponent evades the first wave.

There is space on the flanks, as Brentford and Man City notably discovered, whenever Liverpool are not quite at their suffocating best.

That James Milner was unable to adequately deputise for Alexander-Arnold on Sunday also points to a lack of cover. Injuries and a leaky defence may yet undo Klopp's team.

European champions Chelsea made a powerful start to the season that captured all the best things about Thomas Tuchel's side.

His 3-4-2-1 has superb width and depth: the inside forwards help to overload cental midfield; wing-backs can find space on the overlap, as Reece James showed against Arsenal; and their elegant ball-playing midfielders switch the play better than anyone in the league. 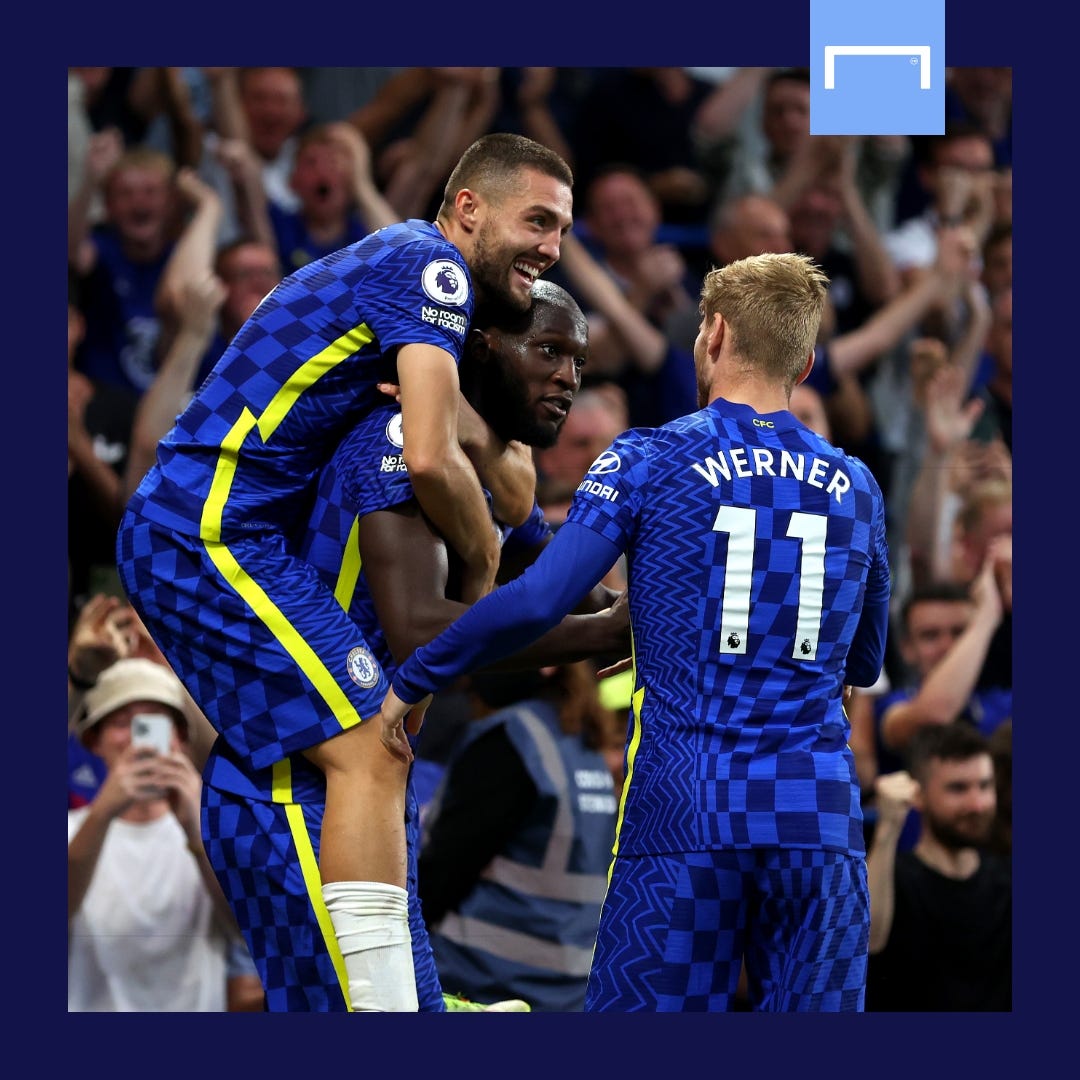 But so far Chelsea have not been particularly fluid on the ball. Aside from their wing-backs overloading Arsenal and sharp counterattacks through Romelu Lukaku undoing Aston Villa, the Blues have not had as much control over games as they would like.

In fact, the 3-4-2-1 is beginning to look a little stale. Chelsea could perhaps do with an extra forward on the pitch; they rank sixth in the division for shots on goal and have had 76 fewer touches in the penalty area than Man City.

Before arriving at Chelsea, Tuchel was renowned for frequent formation changes and incessant tactical tweaks, but we are yet to see any of that at Stamford Bridge – and the attemps he has made have not always paid off.

The 1-0 defeat to Man City was worrying in that Tuchel got his tactics all wrong, using a 3-5-2 with two on-the-shoulder strikers that served to disconnect the midfield and attacking lines, allowing Guardiola's side to pin them back.

The flip side is that Chelsea are winning games even when not playing particularly well, beating a Southampton team on Saturday that City have already dropped points against.

It was a game that highlighted Chelsea's incredible strength in depth and, uniquely among the three contenders, the variety of attacking styles in their squad.

Against the Saints, Mason Mount came on for Callum Hudson-Odoi to play the same left forward role, yet it is hard to imagine two more different players.

This shake-up, along with Ross Barkley's introduction for Ruben Loftus-Cheek, disrupted the pattern of the game and led to Chelsea's win.

With Lukaku still to find his feet, Kai Havertz adjusting, and Christian Pulisic due back from injury soon, Chelsea will only get better... especially once Tuchel becomes more flexible in his approach.

For a moment, it looked as though the worst version of Guardiola's Man City was back.

In November last year, when City sat eighth in the table with 20 points from 12 games and had collected just 101 in the previous 50, it seemed their ageing squad was growing jaded of the manager's intense methods. 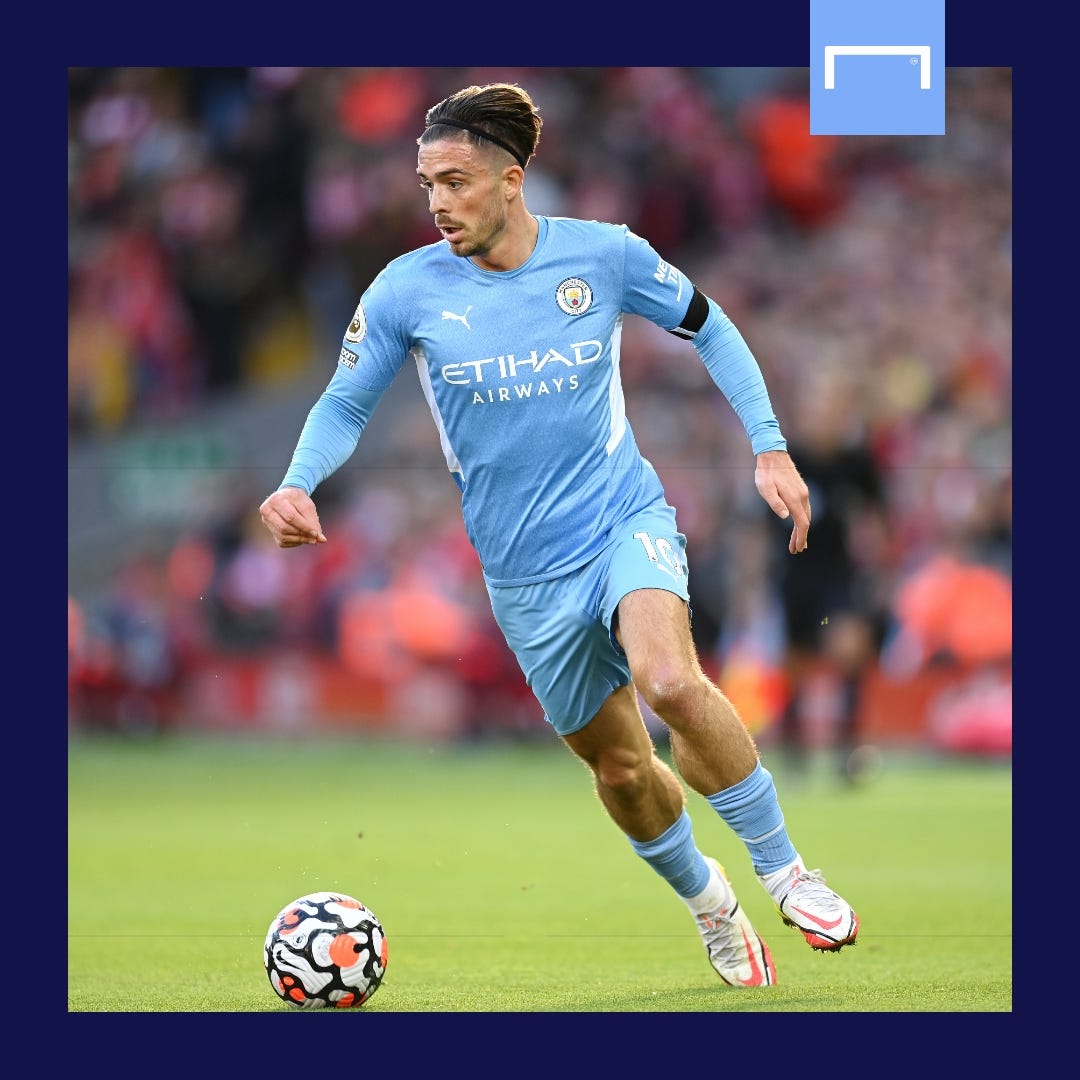 City looked passive in midfield, unable to press high and hard enough to prevent opponents from surging through the middle and getting in behind. They also struggled to progress the ball purposefully through the pitch as teams sat in, blocked the central column, and reduced Guardiola's side to U-shape passing into the wings.

That started happening again this season, and it could yet prove to be a fatal flaw.

Both Tottenham and Southampton managed to do this, staying ultra-narrow to force City into a Villa-like position of giving the ball to Jack Grealish and hoping he can produce something special from the left.

Plenty more teams will try this. Plenty will be assisted by City's lack of a number nine.

But then City beat Chelsea convincingly and drew at Anfield in a match that should have been out of sight by half-time. All of a sudden they look unstoppable again, cohesive and immaculate in their rhythms both on and off the ball.

These results could prove to be a catalyst for the season ahead, although ultiamately the title race is more likely to be decided by dropped points against bottom-half teams as opposed to the six-pointers at the top.

The quality is exceptionally high at all three clubs. Each is vulnerable in their own way, but in terms of flat-track bullying the majority of the division, and by virtue of being the least likely to suddenly fall flat against a stubborn mid-table opponent, Liverpool have the slight edge.

However it ends, it will almost certainly go right down to the wire.