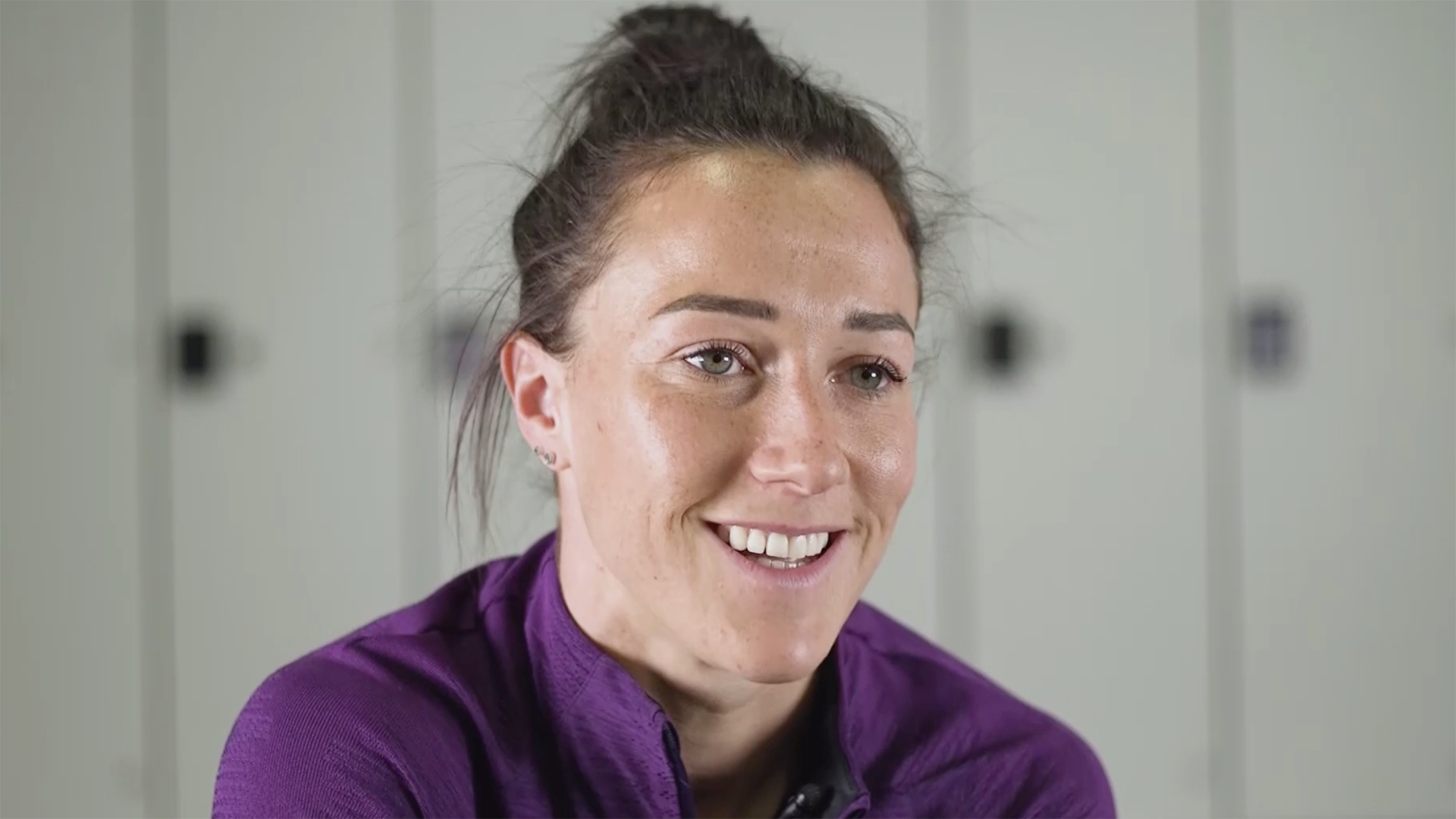 In an exclusive interview, the Goal 50 2019 runner-up discussed her favourite matches of a remarkable year that was lit up by a dramatic World Cup run

Moving to Lyon may be seen by some as the easy route to success in women's football.

No club has won the French Division 1, Coupe de France or the Women’s Champions League on more occasions than Lyon, who recorded their fourth treble in May.

However, for Lucy Bronze, relocating from the north of England has placed her in an environment that suits her best; where the only expectation is to win, and win it all.

“People don’t always appreciate how hard it is to focus on so many competitions at the same time, regardless of how good you might be and the talent you have,” Bronze tells Goal.

“It’s still hard to keep your focus and your drive in every single game, but that’s the expectation at Lyon.

“It’s 'every single game is [to] win', because you’ve got to have that focus to win trophies.”

With the trophies and success has come a huge rise in Bronze’s profile.

When we sit down at St George’s Park, it comes off the back of a morning stuffed with requests for a player who is undoubtedly England’s biggest star.

The 28-year-old's individual awards and nominations reflect that, as does her place at No.2 in this year’s Goal 50, which ranks the best male and female footballers of 2018-19.

Running through her biggest games of the past 12 months, Bronze recalls them with gleeful nostalgia.

“The atmosphere at that game...” the right-back says when asked about Lyon’s 1-1 draw with Paris Saint-Germain last November.

“It’s a game I remember because I’m taking throw-ins and I’m right next to the Parisian fans and they’re throwing toilet paper on the pitch and stuff, trying to intimidate us.

“It’s a game that I really enjoyed in that respect.”

The more intimidating, the better, as far as Bronze is concerned. It was a similar story when England beat Wales to secure World Cup qualification a few months earlier.

Rather than move the game with their neighbours to a bigger stadium where more England fans could attend, Wales opted to play it at Newport County’s 7,850-capacity Rodney Parade.

“I think they were kind of going for that feel of, ‘Oh, England won’t be used to this’, and I was thinking, well we are, because we’re not these superstars,” Bronze says.

“It was actually funny coming to training and they’d moved the line in so they’d made the pitch smaller as well.

“I think they did it to try and put us off our game, whereas we kind of found it quite amusing.

“It just made us more excited for the game.”

There’s no challenge she shies away from. In the summer, Bronze told a packed press room that she had a list of players she wanted to play against – many of whom have been ticked off recently.

“I was excited to play against Marta,” she says of England’s meeting with Brazil last October. “Unfortunately, she came off after 20 minutes!”

She was similarly enthused when England women head coach Phil Neville informed her that she would be playing out of position, in midfield, against the United States in March’s SheBelieves Cup – which England won for the first time.

“[Neville] told me a few weeks before and I was excited,” says the former Liverpool and Manchester City star.

“Although Megan Rapinoe and Tobin Heath play on the wing, they come in a lot, so I was involved [with] all of their best players. It was exciting.”

As for the thrilling Champions League quarter-final against Wolfsburg, which eventually finished 6-3 on aggregate to Lyon?

“The away game was just crazy. We started off on fire, we got the away goals, they came back after half-time with two more goals and then it ended up 4-2 or something.

Having come through a challenge like that, and a narrow victory over Chelsea in the semi-finals, it was frustrating for Bronze to see people questioning the competitiveness of the Champions League final – in which Lyon beat Barcelona 4-1, scoring all of their goals in the first half an hour.

“Barcelona are a really good team. We struggled against them last year in the Champions League,” she says.

“We respected them and we were prepared. I think maybe playing them the year before made us even more focused, because we knew we had to play well to beat them.

“We were so focused and so honed in that it just clicked. Everything went together and within that first 25-30 minutes, it was game over, game done, job done, get through the 90 and pick the trophy up.”

It was the perfect way for Bronze to head into the World Cup with England.

Top of their group with three wins from three, the Lionesses were rampant on their way to the last four, beating Cameroon and Norway to set up a clash with the USA, the reigning world champions.

But despite the belief running through camp that they were going to go all the way, it would be the end of the road for Bronze and her country, who suffered a 2-1 defeat by the finest of margins.

“Every time I see a VAR decision in the Premier League, I just think of Ellen White’s offside goal by this much,” she gestures, making the slightest of gaps between her finger and thumb.

“That’s the reason we weren’t in the final. Yes, it would’ve made it just 2-2 but I think in the dying moments of the game, we were kind of on top.

“They’re a top team, world champions twice now, twice in a row, but I think that’s a game that is going to haunt me for the rest of my life because of those little things that didn’t quite go in our favour.

“It was slight margins. We ended up finishing fourth and they were first, but the game that we actually played against each other... Literally this,” she gestures again, “was the difference.”

Bronze was recognised handsomely in the aftermath. The World Cup Silver Ball was followed by the UEFA Women’s Player of the Year accolade, and a place in this year’s FIFPRO XI – with many nominations still coming.

But, without that World Cup winners’ medal, she cannot be satisfied.

“The Silver Ball kind of came with no meaning for me, because the whole point of winning those awards is winning the World Cup.

“Ultimately, I would trade every single one of those awards, every award I have at home, just to win the World Cup.”