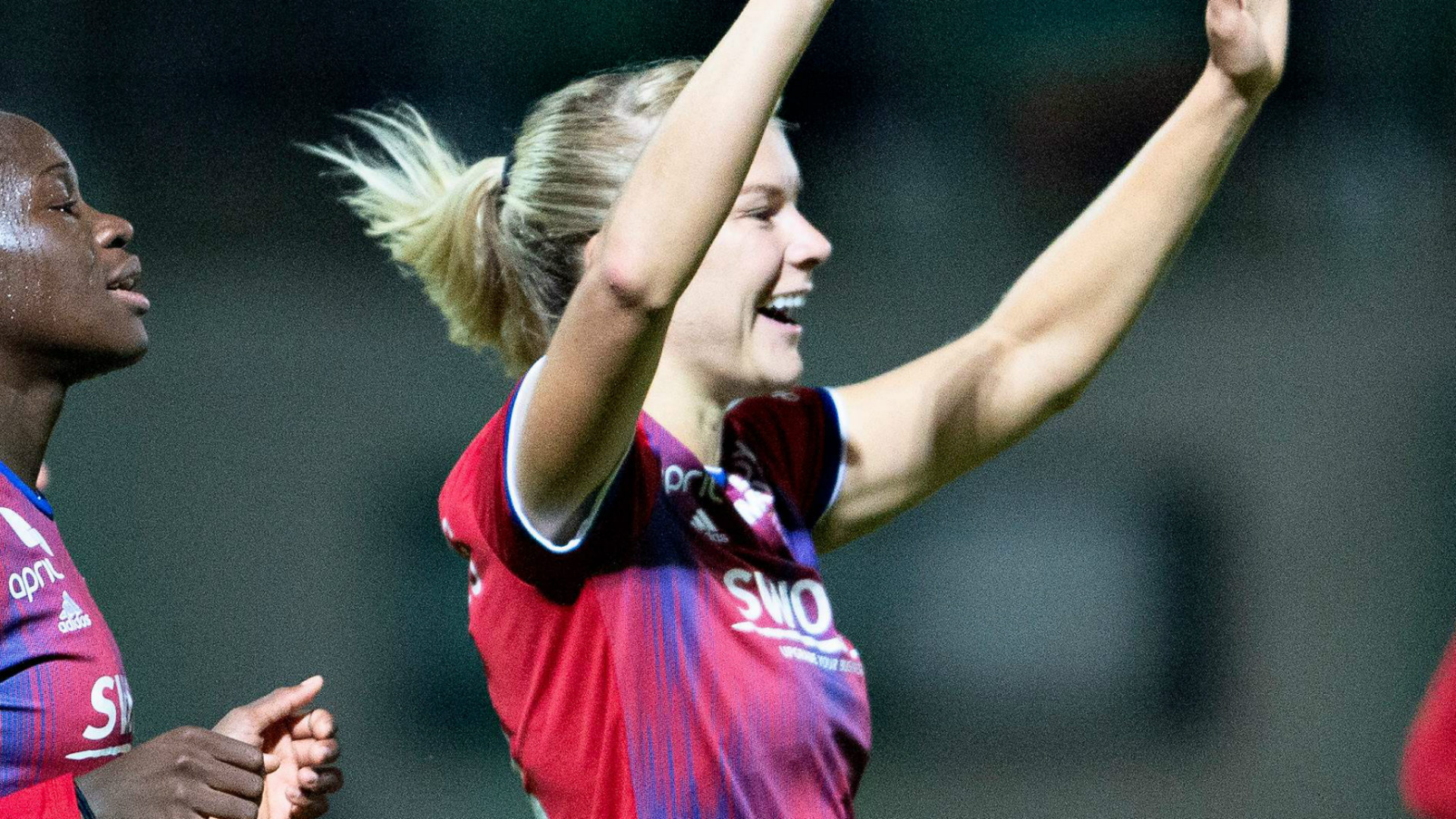 Olympique Lyonnais Feminin star Ada Hegerberg looks set to be out for the foreseeable future after rupturing her anterior cruciate ligament, the club has confirmed.

The former Norway international and Ballon d'Or winner sustained the injury in training this weekend, to hand a major blow to Jean-Luc Vasseur's side as they look to defend their D1F and Champions League titles.

Hegerberg, who was absent for her side's 5-0 drubbing of Metz on Sunday, now faces likely months at the very least sat on the sidelines.

The 24-year-old has been a cornerstone of Lyon's unparalleled success across both the domestic and European game over the past decade, emerging as one of the finest footballers of her generation.

"Olympique Lyonnais can confirm an injury to Ada Hegerberg as a rupture of the anterior cruciate ligament of the right knee," the club said in a statement .

"The operating date will be confirmed in the coming days and the length of her absence will be consistent with the usual time for this type of injury.

The player herself took to social media as the news broke to promise a swift return, writing on Twitter: "So here it is. I ruptured my ACL this weekend.

"This is a setback for me, but I’m going to work through this with all my heart and my energy. The best is yet to come. You'll see me soon!"

Hegerberg joined Lyon from Turbine Postdam in 2014 and bagged 26 goals in 22 league appearances in her maiden season as a teenager.

Subsequently, she has helped the club to a near-clean sweep of domestic honours, winning five league titles and four Coupe de France trophies in total.

On the continent, she fired the club towards the first of four consecutive Champions League titles in 2015-16, with a string of performances that saw her named Norwegian Sportsperson of the Year and UEFA Women's Player of the Year Award.

In 2018, she became the first-ever recipient of the Ballon d'Or Feminin, beating out team-mate Dzsenifer Marozsan for her performances at club level.

Having won 66 caps for her country, she retired from the Norway international team in 2017 over a dispute with the Norwegian Football Federation.

Lyon next play Thonon Evian in the Coupe de France on Saturday.