The Nigerian joined the Reds in 2015 but has spent the last six years on a series of loans in Germany, Belgium and the Netherlands

Liverpool striker Taiwo Awoniyi has been granted a UK work permit for the 2021-22 season, Goal can reveal.

And the Reds have already fielded enquiries from at least seven clubs over a summer move for the Nigerian, with Fulham and West Brom among those keen.

Awoniyi joined Liverpool in 2015, but has spent the past six years on loan at a host of clubs across Europe. He has spent this campaign with Union Berlin in the Bundesliga.

What’s the state of play?

That will enable the 23-year-old to continue his career in England, should the opportunity arise. Liverpool plan to involve him in the first part of their pre-season schedule, enabling him to finally train with Jurgen Klopp’s senior group and perhaps feature in some friendly fixtures while a host of first-team players are away on international duty at the European Championship and Copa America.

After that, a transfer or loan move looks most likely. Goal has learned that the Reds have already held initial discussions with three English clubs - Fulham, West Brom and Stoke - while Stuttgart, Wolfsburg and Union Berlin have all enquired from Germany.

Liverpool have previously rejected a £5 million ($7m) approach from Belgian giants Anderlecht, who remain interested, and it is understood that the Reds’ valuation for Awoniyi stands at around £8m ($11m), given his encouraging performances in the Bundesliga this season. 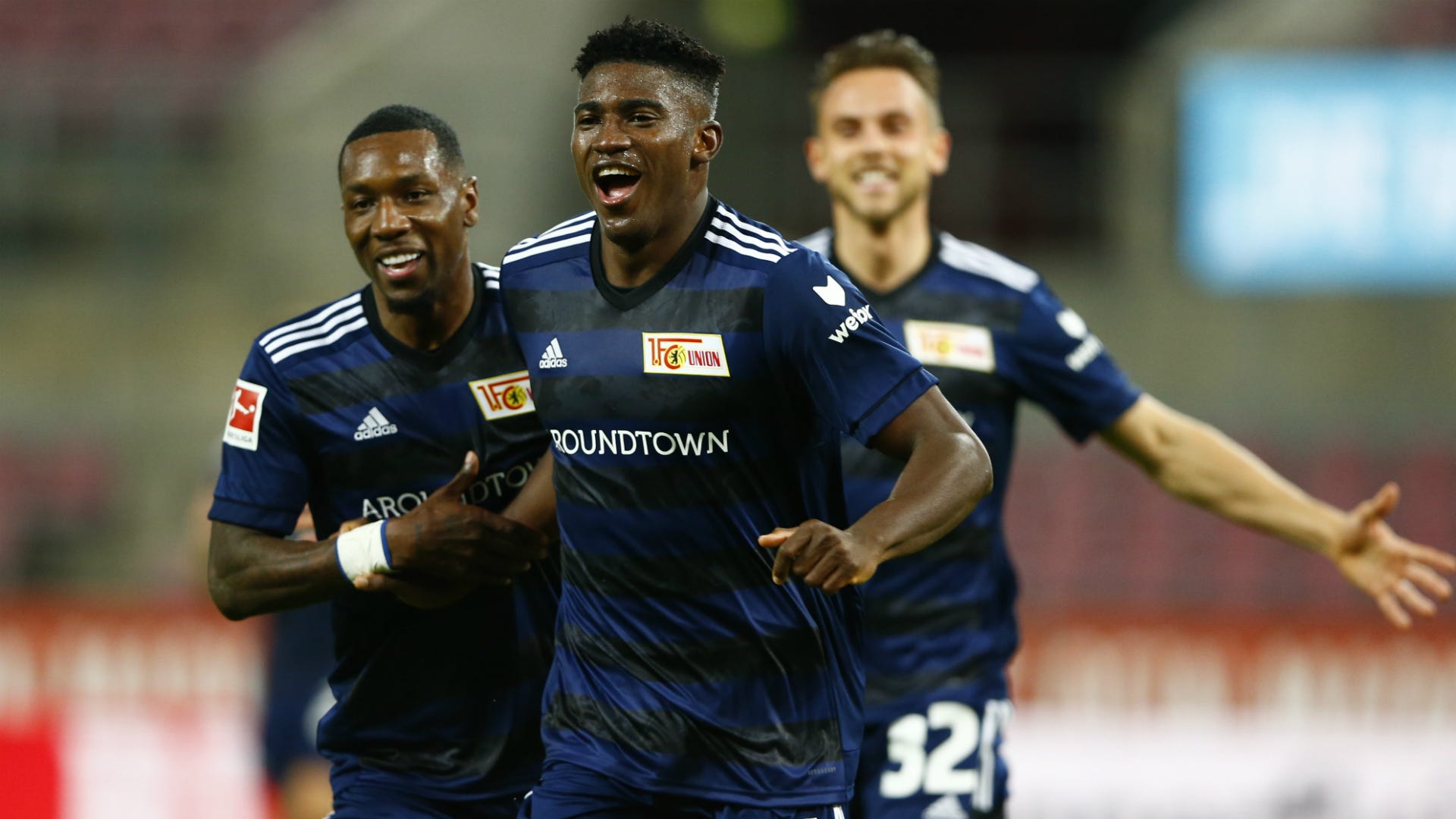 He had first been spotted playing at a tournament organised by Coca-Cola in London, with the final played at Chelsea's Cobham training ground.

It was Seyi Olofinjana, the former Stoke and Wolves midfielder, who was first alerted to his potential. Olofinjana owned the Imperial Soccer Academy in Nigeria, and Awoniyi spent four years there before heading for Europe.

He represented Nigeria at youth level, winning the U17 World Cup in Dubai in 2013. Awoniyi’s strike partner in that side was Kelechi Iheanacho, now of Leicester, and the pair remain close friends to this day.

Liverpool first spotted him playing at the U20 World Cup in New Zealand in 2015. Awoniyi had been set to go on trial at Swedish side Kalmar, but instead moved to Merseyside. “It was like ‘Oh my God!’” he would later say. “It was the only club I wanted.”

Unable to secure a work permit initially, he was loaned out to 2.Bundesliga side FSV Frankfurt, where he scored once in 14 appearances, mainly as a substitute.

The following season, 2016-17, was spent with NEC Nijmegen in the Eredivisie, before a productive couple of years in Belgium, where he scored 21 goals across two spells with Mouscron, with a difficult stint at Gent sandwiched in between.

He joined Bundesliga side Mainz last season, but managed only 12 appearances in a difficult campaign. He trained briefly with Liverpool’s U23 side last summer, before Union Berlin chose to take him on loan in September. Awoniyi has scored five times in 20 outings as the minnows have made a surprise push for European qualification this season.

A hamstring injury suffered in February curtailed his progress - he had looked set for a senior Nigeria call-up prior to that - but he returned to action as a substitute in the 1-1 draw with Bayer Leverkusen on Saturday, and is set to feature in Union’s final game of the campaign, at home to Leipzig this weekend.

Crucially, he qualified comfortably for a UK work permit, courtesy of his 16 Bundesliga starts this season.

That, Liverpool believe, will open up new avenues, whether at Anfield or elsewhere.