The Senegal star was on fire as the Reds thrashed Arsenal at Anfield on Saturday - so why isn't more fuss being made about his future?

As a former Everton player and a former Manchester City coach, the Arsenal boss ought to know just how dangerous an angry Anfield and a fired-up Liverpool can be.

He has experienced defeat here before. Plenty of times. Narrow defeats, heavy defeats, painful defeats, defeats that stick in the memory, that leave scars.

So why on earth, with the game goalless and with the Kop quiet, subdued even, did he decide to go and get them going?

When Arteta angrily confronted Jurgen Klopp on the sideline, half an hour into Saturday’s late Premier League kick-off, it sent a wave of energy around this famous old stadium. A very useful wave of energy, as it turned out.

Arsenal were doing fine until that point. On a ground which holds plenty of unhappy recent memories, they were looking compact and well-organised, defending deep but defending well, counterattacking sharply and frustrating Liverpool - and their fans.

And then Sadio Mane challenged for a header with Takehiro Tomiyasu, somewhere near the halfway line, and everything changed. 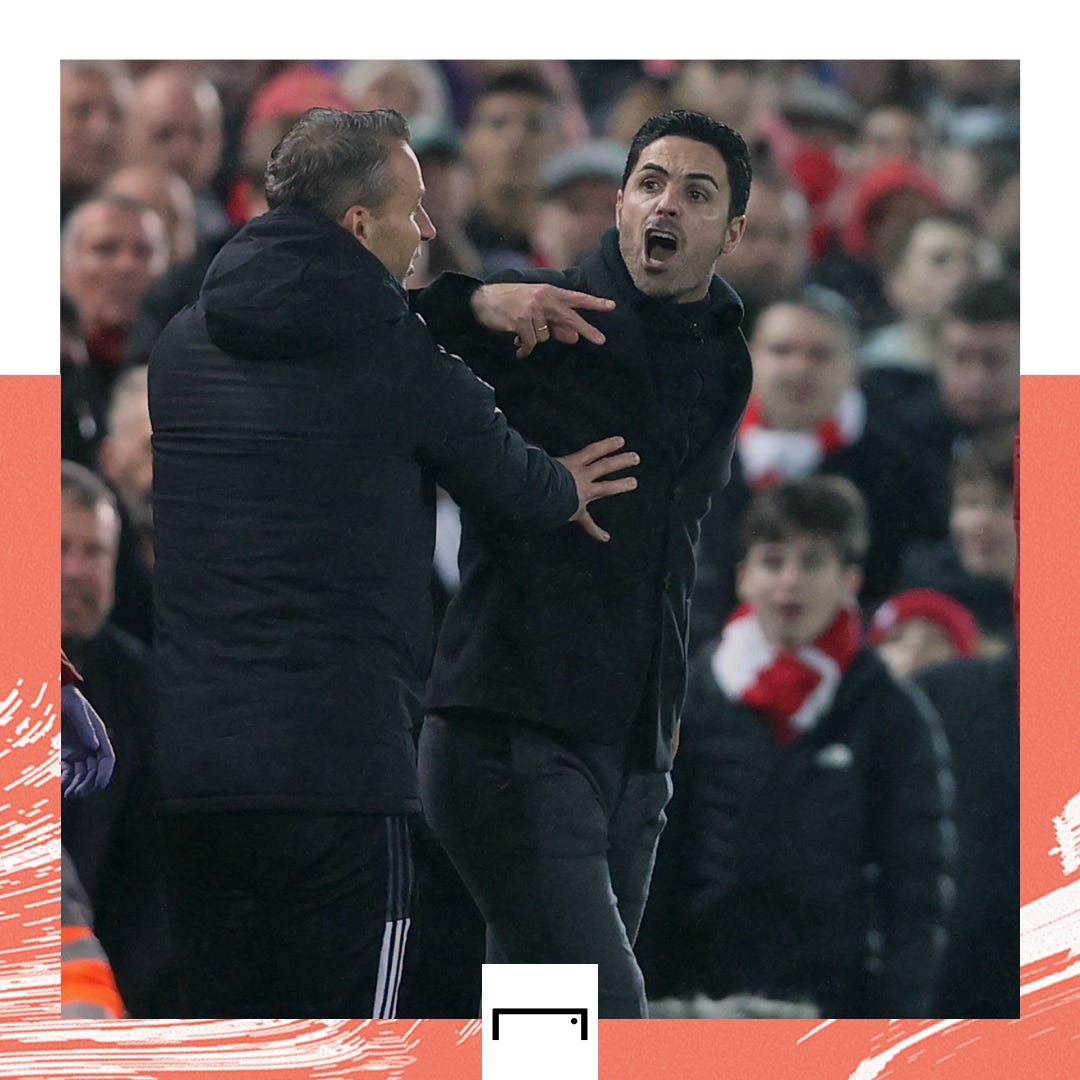 Arteta’s meltdown was as costly as it was out of character. The Spaniard is certainly not known for his firebrand temperament, but he looked ready to go toe-to-toe with Klopp, having to be held back by his own coaching staff at one point.

“He was defending his team and I was defending my team,” Arteta would say later, though one wonders whether his players would have appreciated the intervention.

Because let’s be clear; Liverpool - and Mane - were a different proposition after it.

“Maybe the crowd needed a little help,” smiled Klopp, post-match. “It was a controlled game [before the row] but not the most exciting one…”

It finished 4-0 but it could have been eight or nine. Mane finished with a goal, an assist and a great big smile on his face.

Only Mohamed Salah has more Premier League goals this season than Mane, and the Egyptian’s latest, tucked into an empty net in front of the Kop, owed everything to his partner-in-crime’s speed, awareness and selflessness. Salah has scored some crackers of late, but he will not get an easier finish all season.

Mane had given Liverpool a scare during the international break, sustaining a heavy blow to the ribs playing for Senegal against Togo. Klopp winced when the news was relaid to him, but the Reds’ strong relationship with the Senegalese FA, and in particular national team coach Aliou Cisse, meant Mane was allowed to skip the game with Congo last Sunday and return to Merseyside, where scans, much to Klopp’s relief, showed no serious damage.

And so Mane played, and if he was in any discomfort then it did not show. He tormented Tomiyasu, too strong and too sharp for the Japan international.

He took kicks and he gave them out. No player won more fouls and no player conceded more. He riled Arteta and soon after he rattled Ben White, earning a yellow card.

He timed his run to perfection to give Liverpool the lead, heading home Trent Alexander-Arnold’s free-kick before half-time, and showed all his class to create Salah’s goal after the break. He had a hand in Takumi Minamino’s too, for good measure. 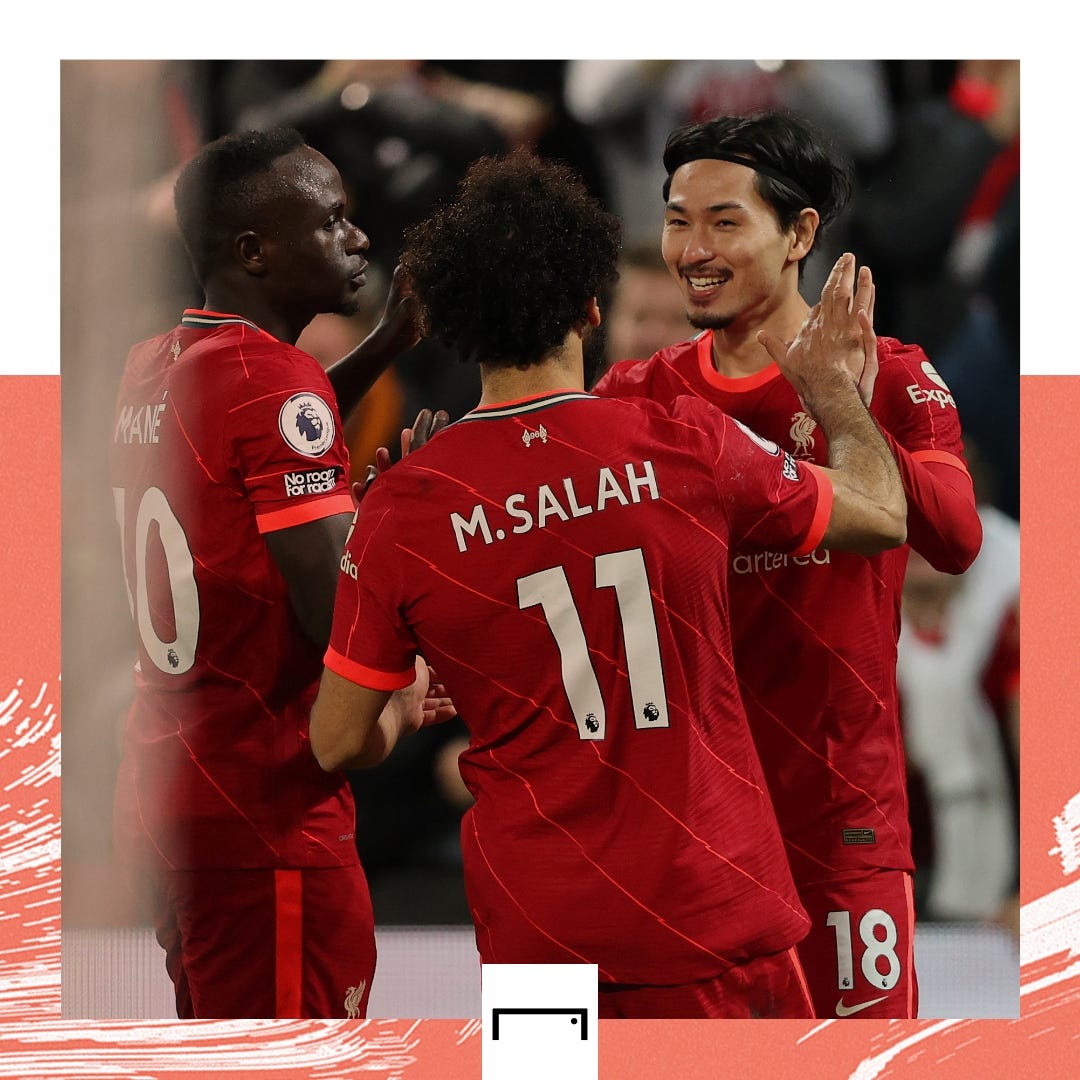 There is an elephant in the room here. For months we have talked and wondered and written about Salah’s contract situation, and whether Liverpool will offer a big-money extension.

And yet Mane is in pretty much the same position; 29 years old and about to enter the final 18 months of his current deal.

Sure, his agent is a little less ‘active’ on social media than Salah’s, and sure, his form has been patchier than his Egyptian counterpart over the past 12 months - whose form hasn’t? - but it is surprising, to say the least, that more has not been made of Mane’s contract status. Like Salah’s, it needs sorting soon.

For now, though, Klopp can reflect on a solid resumption after the international break. Liverpool may be depleted, but they are still firing. Saturday was perhaps their most convincing performance of the season, comprehensively outclassing an Arsenal side that had gone 10 games unbeaten previously.

“I’ve seen the best teams in the world come here and collapse,” said a rueful Arteta afterwards. “But they were better than us for 96 minutes, and that’s the level. We completely crashed, and they punished us.”

He is right, of course. That is the level, and the best teams in the world do collapse at Anfield. Klopp, Mane and Co. can take anyone to the cleaners on their day.

Next time though, Mikel, best not to give them a helping hand, eh?