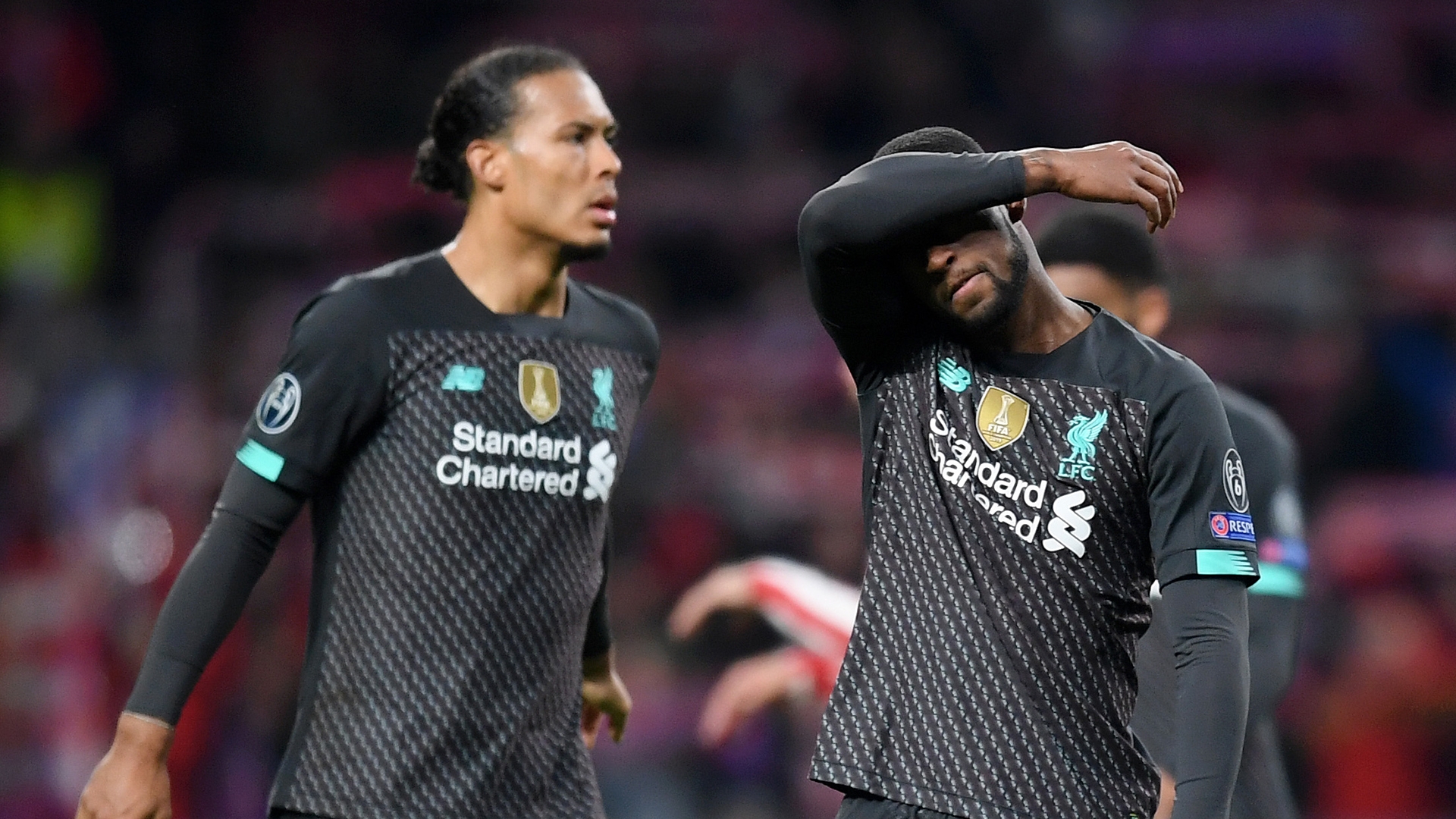 Liverpool have been here before. They will head back to their famous old stadium, against Spanish opposition, looking to turn around a deficit and keep their Champions League dreams alive.

The 12th man, they call it – and in three weeks’ time they will need it.

Atletico Madrid certainly had theirs here. The Wanda Metropolitano Stadium holds beautiful memories for Liverpudlians, but this time it was against them, a bearpit desperate to see the European champions beaten and bloodied.

They came to shout and to sing and to boo and to whistle, the Atleti fans. They turned out in their thousands to welcome their team bus, turning the Madrid night a deep shade of red with their flares and their fireworks. "We started winning the game on the roundabout next to the stadium," smiled Diego Simeone. He called it the best atmosphere he'd seen in his time at the club.

Simeone, of course, played the role of ringleader - circus-master, if you prefer - whipping his fans into a frenzy with his non-stop energy and antics in the technical area. He must burn through some calories, the Argentine. His covered more distance than some of his players. "I'm not sure he saw much of the game," said Jurgen Klopp, his opposite number, afterwards.

It was perhaps fitting that it should be Saul Niguez, the on-field embodiment of Simeone's beliefs and desires, who played the role of matchwinner. The Spain midfielder’s fourth-minute goal settled this Champions League last 16 first leg, and means Liverpool will have to do it the hard way if they are to hold on to the crown they clinched here last June. Saul has scored 10 Champions League goals for Atletico, all of them openers. The Rojiblancos have never lost a game in which he has scored, and there have been 37 now.

At the final whistle, the celebrations from the home side were wild. There was a lap of honour from Simeone and his players. "A thank you," said the manager.

Liverpool saw it differently. "They celebrated as if they'd won the tie," said Andy Robertson. "It's not over yet," warned Klopp, who later added "all Atletico fans that have a ticket....welcome to Anfield!"

This, though, was an unfamiliar feeling for Liverpool. They don't lose often, and they certainly don't enjoy the feeling. They're the team that always finds a way, but they didn't here.

Klopp had warned his players what to expect. “A results machine,” he called Atleti on the eve of this tie. Simeone’s side, he said, “squeeze everything and give nothing”.

His words proved prophetic. Atletico, like the champion sluggers they are, landed an early blow and then sat back and absorbed everything Liverpool threw at them. They are a team that loves to defend, that prides itself on its toughness and its organisation. They bark and they bite, they scratch and they run and they fall and they shout, and few teams do it better.

In 12 previous home Champions League knockout games under Simeone, they’d conceded only twice, and they extended their run here. Liverpool huffed and they puffed, but the house remained secure. Klopp’s team failed to muster a single shot on target across the whole of the 90 minutes - only the second time this has happened in 251 games under his stewardship.

Liverpool’s rhythm was there at times. "I liked lots of things in our game," Klopp said. There were spells when Atletico were pinned back, Liverpool tightening the screw bit by bit, but when it mattered there was no cutting edge.

Atletico, with Felipe and Stefan Savic imperious at centre-back and Renan Lodl looking like a superstar in the making at left-back, stood firm each and every time.

Liverpool were left frustrated, with themselves, with their opponents and with the officials. Sadio Mane lasted just 45 minutes, substituted at half time for fear of a second yellow card from Szymon Marciniak, the Polish referee. "I was afraid the opponent [Sime Vrsajlko] would go down if he took a heavy breath," moaned Klopp, who was booked himself in the second half. "I deserved it," he said. "I didn't say any bad words but I shouted in his [the fourth official's] direction."

Mo Salah followed Mane off the field 18 minutes from time having headed Liverpool’s best chance of the night wide. Captain Jordan Henderson departed with a hamstring injury soon after. He left the stadium limping, and will be assessed at Melwood in the next 24 hours. He must. at the very least, be a doubt for the next league game, at home to West Ham on Monday night.

As for this tie, it remains very much in the balance. The damage done here is certainly not irreparable for Klopp's side, and anyone doubting their comeback capabilities clearly has too short a memory. Liverpool only need a glimmer of an opening, and they have far more than that.

They will, though, need everyone at their very best in three weeks' time. That means the manager, the players, and the fans.

Because if this game showed anything, it's the power of an atmosphere.

Over to you, Anfield.