From Liverpool hero to PSG misfit: What has gone wrong for Wijnaldum? 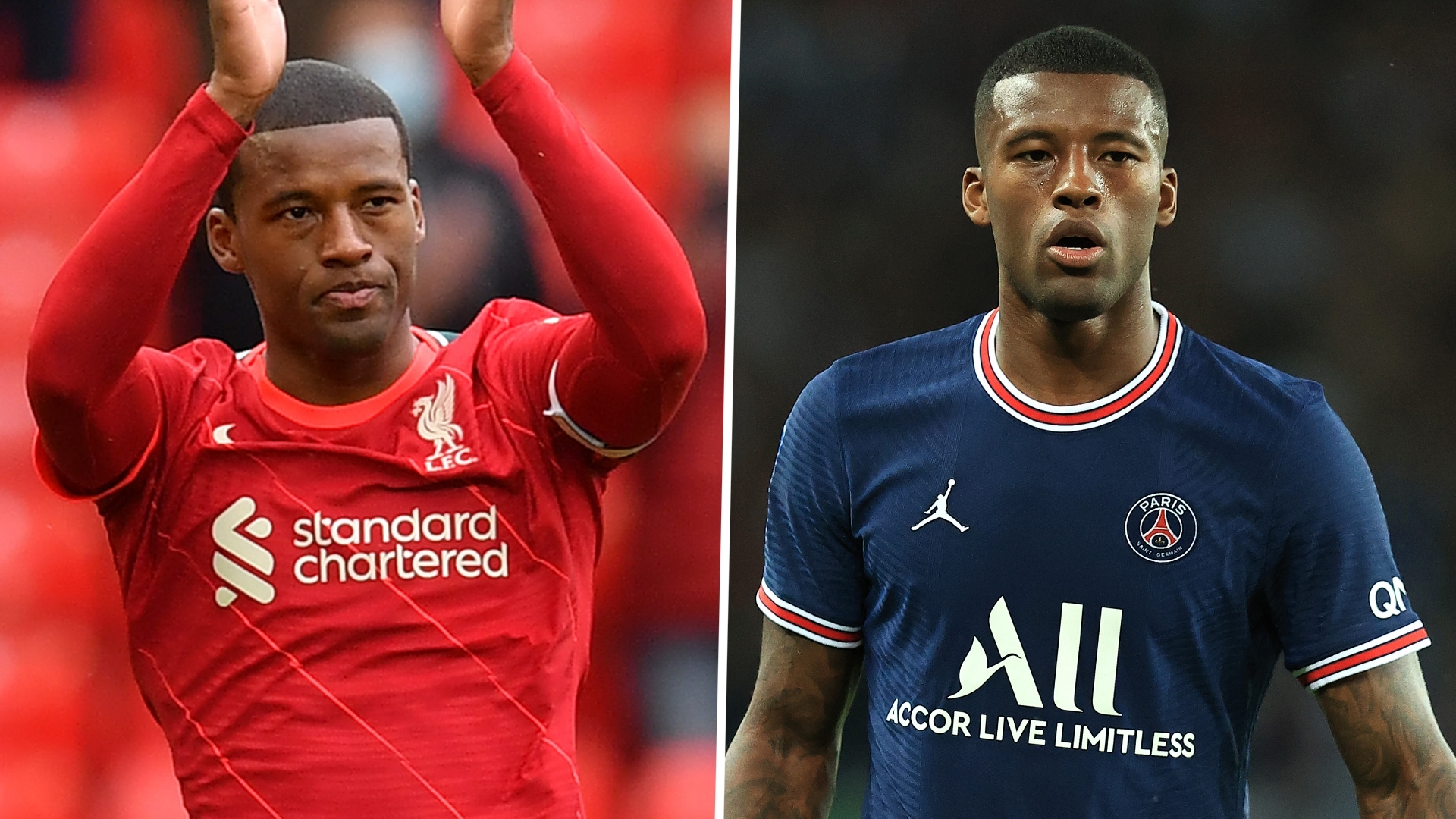 As most onlookers expected, Paris Saint-Germain’s opening Champions League fixture of the season against Club Brugge was a mismatch.

Not, though, in the manner that was anticipated.

PSG were expected to blow the Belgians away with their quality, but the energy and determination of the home side did not let that happen.

Brugge overwhelmed the PSG midfield to an embarrassing degree, with 29-year-old Hans Vanaken - a player largely unknown outside his native Belgium - bossing opponents who have played at the very top of the game for years.

Philippe Clement's side proved a fortnight later that the 1-1 draw was no fluke, either, by winning away at RB Leipzig, yet the scars of the evening have had a lasting impression in France.

Mauricio Pochettino’s team were obliterated in the basic mental and physical areas of the game, and it is no coincidence that since that chastening experience, Leandro Parades and Georginio Wijnaldum, two of the three starting midfielders who were found wanting in all aspects of the game, have made just a single start each.

More, particularly, was expected of Wijnaldum, whose arrival in the summer as a free agent had crackled with promise. After all, the Netherlands international seemed to be bringing with him the type of box-to-box prowess that PSG’s midfield had previously lacked.

Given an emotional guard of honour when he elected to depart Liverpool at the end of last season and chased by Barcelona, Wijnaldum was supposed to provide energy and at least some degree of attacking menace.

It is a move that is not going according to plan.

“I can't say I'm completely happy, because the situation is not what I wanted,” Wijnaldum told NOS of his situation in the French capital. “But that's football and I'll have to learn to deal with that. I'm a fighter.

“I have to stay positive and work hard to turn it around. I have played a lot in recent years, was always fit and also did very well. This is something different and that takes getting used to.”

While there has been a suggestion that the Dutchman arrived in part to spite Barcelona – a club that PSG have had a major rivalry with over the last four years – his profile certainly seemed to fit into the 4-3-3 system that Pochettino had been ready to implement. It was, after all, the formation that the 30-year-old thrived in at Anfield.

Wijnaldum, though, has been the victim of significant summer upheaval at PSG, where a succession of opportunistic deals were completed for big-name free agents almost on a whim.

Lionel Messi’s arrival, for example, changed Pochettino’s default system to a 4-2-3-1, depriving the ex-Newcastle man of the chance to play in his best role.

The early weeks of the campaign, meanwhile, were complicated by players returning late from international duty, including PSG’s pair of European champions - Marco Verratti and Gianluigi Donnarumma - and gaggle of South Americans.

Deprived of numerous key players for a relatively prolonged period, Wijnaldum was given his opportunity to hit the ground running in Paris… just in a succession of positions that he would not have picked.

Another game at the Parc tonight. Let’s go 💪🏾🔴🔵 #allezparis pic.twitter.com/wwS5glaFc2

Rather than operating primarily in his usual central midfield role, he was asked to play out on the right and as a No.10. These are not stock roles for Wijnaldum, who nevertheless showed a capability to play such positions at Liverpool, where he clearly benefited from the complicity of those around him.

“He’s not a bad player, but he needs a structure and there isn’t one yet at PSG,” Thierry Henry explained when working as a pundit for Amazon Prime's coverage of Ligue 1.

“It reminds me of Saul Niguez, who is also struggling at Chelsea. Fabinho had also struggled – it took him six months to get used to the structure at Liverpool.

“Wijnaldum must find a solution. I’m trying to be the devil’s advocate. When he played, you have to admit that he was not good.”

The regular autumn international breaks are further disrupting matters for PSG and Wijnaldum, whose only start since the Brugge bruising came in a 2-1 midweek Ligue 1 victory over bottom side Metz.

Nevertheless, others have adapted to this stop-start rhythm better than Wijnaldum, whose difficulties in Paris have been highlighted by the fact that he is already been linked with a move away.

It has not been an easy start to the season for anyone at PSG, but no one has found the going as tough as Wijnaldum.