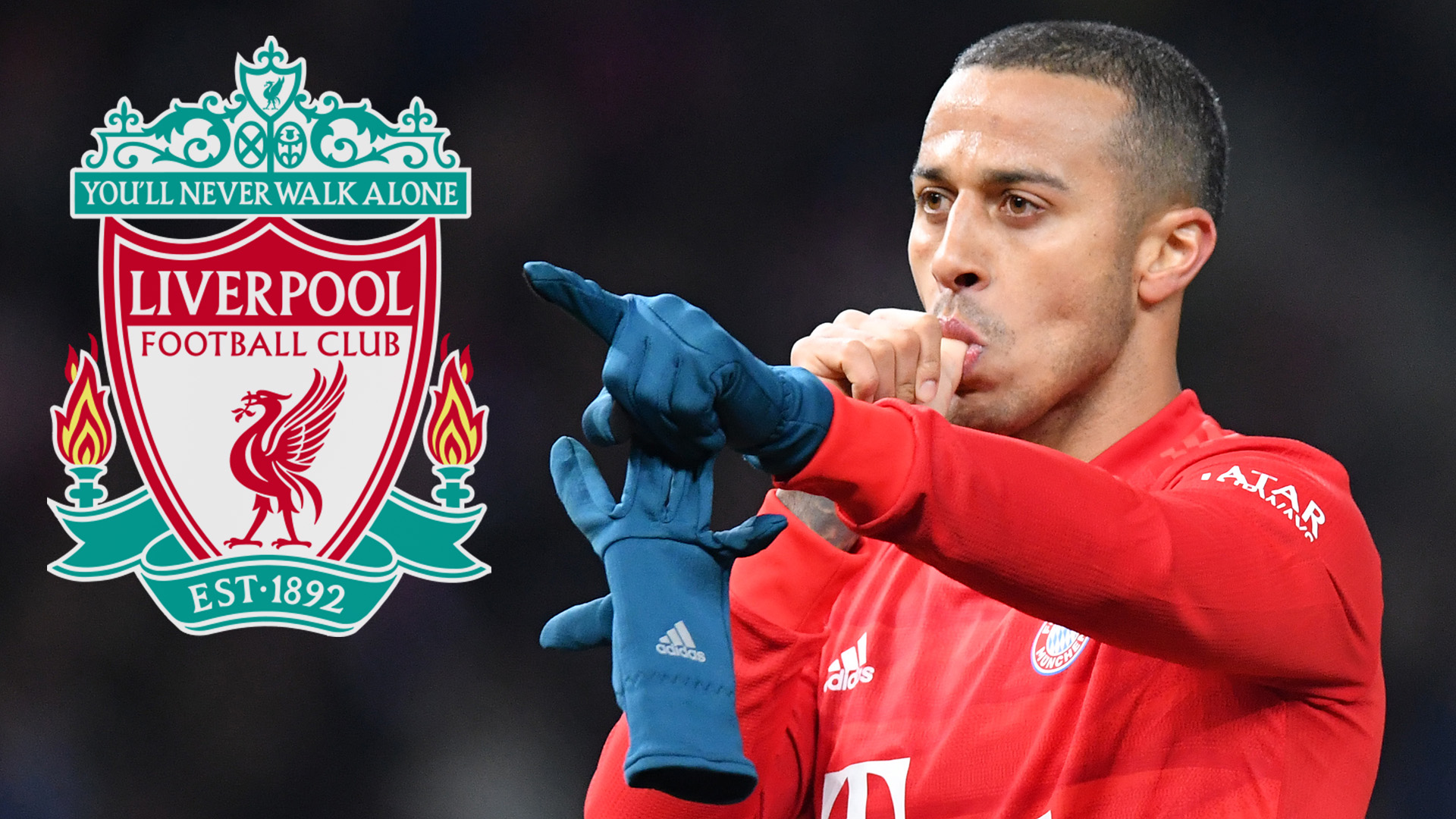 The Spain international has signed a four-year contract and will wear the No.6 shirt at Anfield

Liverpool have completed the signing of Thiago Alcantara from Bayern Munich in a deal which could cost the Reds up to £27 million ($35m).

Jurgen Klopp's side will pay an initial £20m ($26m), with the Spain international midfielder having signed a four-year deal.

He becomes the Reds' second signing of the summer, following the arrival of Kostas Tsimikas from Olympiacos, and brings to an end months of speculation about his future.

Thiago, who will wear the No.6 shirt at Anfield, had long been linked with a move to Merseyside, but Liverpool had remained tight-lipped on reports in Germany that the 29-year-old had chosen the Premier League champions as his next club.

“I think it’s an amazing feeling. I was waiting for this moment for a long time and I am very, very happy to be here," he said in a statement.

“When the years are passing, you are trying to win as much as you can – and when you win, you want to win more. I think this club describes what I am as well; I want to achieve all of the goals, win as many trophies as possible.

“It also [has] this kind of family [feeling] that I need because we [like to] have a very close relationship with the club and I think I will feel this, I will have this feeling, with this club as well.”

He added: “I must adapt to the team as fast as I can in the situation and the context that we are living right now.

“Everything is more compact and we started a little bit later, but still it is football and I think we have to mix all the big things up, all the good things we have. I will help the team in a defensive and offensive [way] and also in a mental aspect.

“[The fans] are not more excited than I am, for sure not! It is not about saying words, it is about doing the things. I will give my heart on the field to my team-mates, the club and also to the fans.”

Klopp, a known admirer of the player, had refused to dismiss the speculation during a press conference earlier this month, but it is understood the Reds boss has been the driving force behind the deal, believing the former Barcelona man will play a key role as his side look to defend their league crown and compete for Champions League glory.

Talks accelerated quickly this week, with the Reds agreeing an initial £20m fee with Bayern, to be paid over the course of Thiago's contract.

A series of performance-related add-ons have also been agreed, dependant on both Liverpool's success as a team, and the impact Thiago has personally in England. The total of the deal could eventually rise to close to £27m, if all criteria is met.

Thiago will not feature for Klopp's side at Chelsea on Sunday, but could make his Reds debut in the Carabao Cup against League One outfit Lincoln next Wednesday.