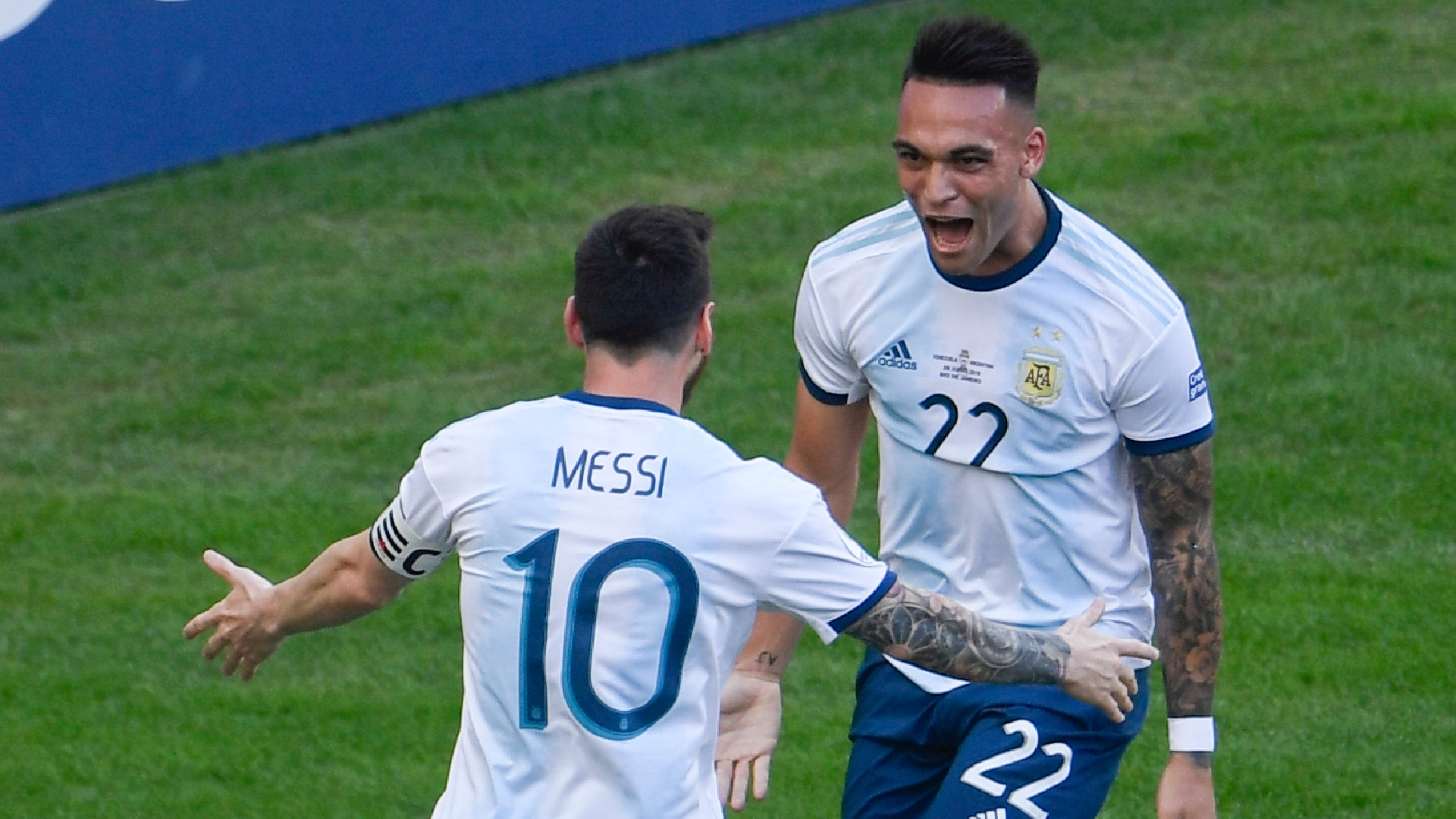 Inter striker Lautaro Martinez has already achieved more in his short career than most could aspire to over 15 years, according to his former Racing coach, who believes that a move to Barcelona to link up with Lionel Messi and Luis Suarez would only serve to advance his progress.

Fabio Radaelli was in interim charge of the Argentine side when he signed Lautaro in January 2014, snapping up a raw diamond from Bahia Blanca outfit Liniers.

Despite some initial homesickness, the young forward hit the ground running at his new club and his skills saw him compared to some all-time Argentine greats.

“In February we went to play a tournament in Mar del Plata and he scored nine goals in six games,” Radaelli told Goal. “Normally you need to wait for a period of adaptation but you could see that he was very good because he stood out from the first moment.

“Manuel Fernandez was a magnificent coach for him at Racing. He emphasised improving his attributes and correcting little mistakes that young forwards make. Still, Lautaro already had the raw materials – he's a player that we call 'A' Class.

“There are those who say that he looks like Kun (Sergio Aguero) but I see more of a similarity with Diego Milito or Juan Eduardo Esnaider. He's great technically and has incredible power but he looks like Milito with how he moves, how he feints and plays with his back to goal.

“We're talking about an elite player that, although he may look like Aguero when he's driving with the ball, Lautaro has the advantage over him with his aerial game.”

Radaelli believes the Inter star should already be considered amongst the best in the business, adding: “Mauro Icardi is one of the best strikers in the world and [Lautaro] replaced him very well.

“He was summoned to a national side where Aguero and Icardi had already been, forwards with impressive careers, and he just does it. We're talking about one of the best strikers in the world.

“What caught my attention the most – because we already saw him play with his back to goal and hold the ball up – is the power that he has acquired.

“He gives the feeling that he's walking all over his rivals in one-on-one situations, dragging them around, and achieving that at a superlative level. At 22, he has accomplished what others would find dizzying over a 15-year career.”

A fine striking partnership with Romelu Lukaku at San Siro has Nerazzurri fans purring, but the big question remains over whether Lautaro will move to Barca, with the Argentine currently on the Blaugrana's summer wishlist as they plan a contract offer.

“In Argentina, we feel devotion to Leo because he can make everyone play better” Radaelli said. “Lautaro can grow a lot with him – also because he would have competition with Luis Suarez [if he moves to Barcelona].

“There could be many combinations between the three of them. Lautaro and Messi played with Aguero for Argentina – I think it would be similar.”