Frank Lampard has explained how his conversations with Timo Werner helped convince the 24-year-old to make the move to Chelsea, with the Blues having sealed a £47.5 million ($59m) deal to sign the forward.

Werner, who is considered one of Europe's top strikers having excelled for RB Leipzig over the last four years, will complete a switch to Stamford Bridge in July having agreed a £170,000-a-week contract with the west Londoners.

Liverpool were one of many sides credited with an interest in signing the Germany international before ending their interest due to financial issues.

But it's Chelsea who ultimately won the race to sign the in-form striker, with Lampard revealing he has been tracking Werner's progress for a while now. He told reporters: "I think he's clearly a player that we liked.

"I've certainly followed him for a long time myself, individually, just as a talented player, even before I had this job. But as a club, clearly we went for him, and he certainly will strengthen us in my opinion.

"He's got huge talent, had a fantastic season this year but before that as well. Where we probably couldn't do as much business in the last couple of windows for whatever reasons, it's given us a chance to see some youth have more time in the team.

"But we were very clear about the fact we wanted to improve and Timo Werner is always a signing that will improve us. I'm certainly very excited to have him playing for Chelsea and we look forward to having him." 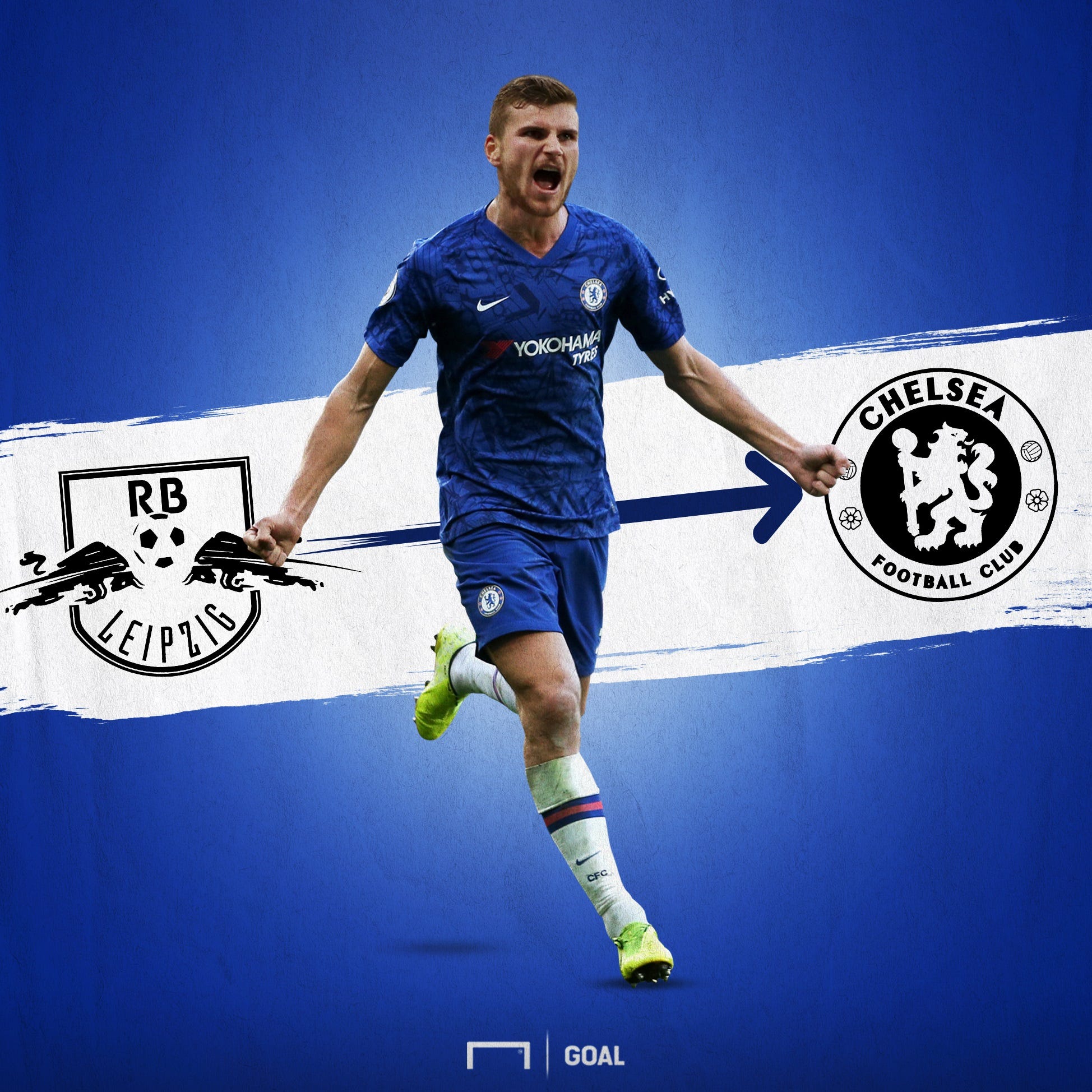 Asked what had changed with Werner seemingly being all set to join Jurgen Klopp at Anfield at one stage, Lampard added: "I don't know, that's probably a better question to ask Timo himself.

"We worked as hard as we could. I had good conversations with him personally, where I think he hopefully understands what I want to do here with the club, how we work, how we play.

"It seemed that it came across as a really exciting prospect for him, because he obviously had some very, very good options. We're happy with that, it was very joined up from our end as to how we went about it, and we're just pleased that Timo has decided to come to us.

"I did speak to him [after confirmation he was joining Chelsea] and he was excited, which is great and I am certainly excited to have him here. We will have to hold our breath slightly because we have business at hand and so does he, finishing their league.

"He is the type of player we are looking at to come here and have a big impact. We will have to give him a bit of time, the Premier League is a different animal to other leagues in world football.

"But the quality that Timo has, the work ethic and personality, humility, really shone through for me when I was speaking to him. I am very happy to have him."

Lampard also explained how he has discussed the need for competition for places with Tammy Abraham, who has impressed in his breakthrough campaign and currently sits at the top of the club's scoring charts.

He said: "Yes, I have spoken to Tammy before on the idea of competition and I don’t feel the need to have to address every player after one comes in at a club like Chelsea because that’s what it is about.

"It has been about that in its most successful years in recent years in the Roman Abramovich era mainly. Tammy has had a really good season for us and he has to sustain and improve on that because at Chelsea we have demands.

"I am happy to have options and we have options in forward areas and we must have competition for places. I am pleased with the idea of that."