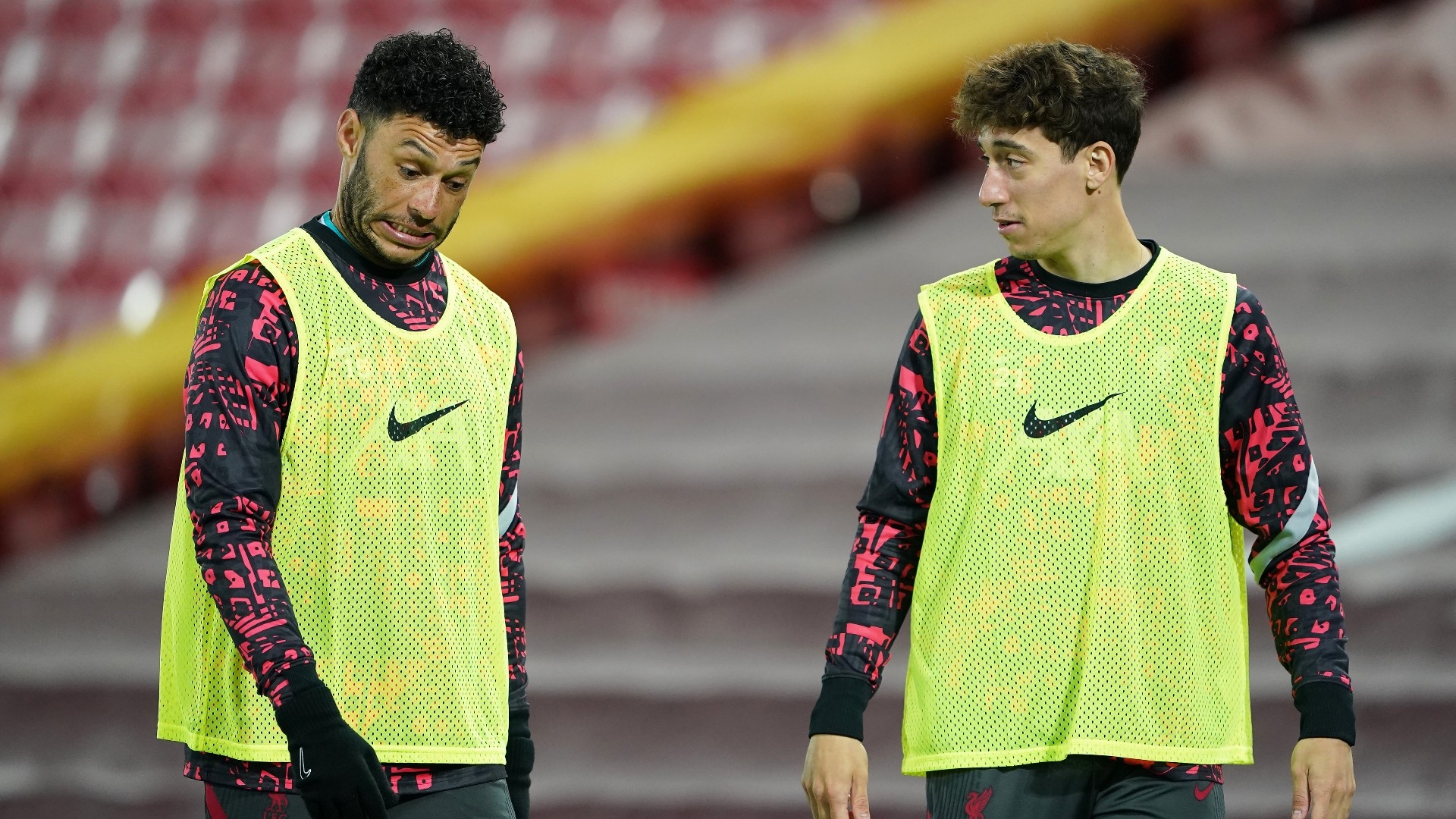 The Reds beat Mainz 1-0 in their first 90-minute pre-season friendly in Austria on Friday, courtesy of a late own goal

Liverpool stepped up their preparations for the new Premier League season with a 1-0 victory over Mainz in Austria on Friday.

A late own goal gave the Reds the win, with Luca Kilian diverting Owen Beck's cross past his own goalkeeper four minutes from time.

It was a strong-looking side which began the game in Grodig, with Mo Salah, Trent Alexander-Arnold, Sadio Mane and new signing Ibrahima Konate all included, as well as Naby Keita, Joel Matip and James Milner.

Chances were at a premium in the opening 45 minutes, with Alex Oxlade-Chamberlain missing the best opportunity and Mane also going close.

There were 11 changes at half-time, with the likes of Divock Origi, Takumi Minamino, Nat Phillips and Curtis Jones introduced, along with youngsters such as Tyler Morton, Billy Koumetio, Owen Beck and 16-year-old Kaide Gordon.

And unsurprisingly, that led to a somewhat disjointed second period. Gordon forced a save from Mainz 'keeper Finn Dahmen, while Adrian tipped a fierce volleyed effort from Dominik Wanner at the other end. Stefan Bell also sent a free header wide.

Liverpool grabbed the win in the 86th minute, though, as Beck advanced into the penalty area to drill in a cross which Killian could only turn home under pressure from Gordon.

It finished 1-0,  with the Reds next in action on Thursday when they take on Hertha Berlin in Tirol.

It could be another week or two before Virgil van Dijk and Joe Gomez are ready to return to competitive action, with Liverpool keen to ease both players back after lengthy injury lay-offs.

The good news, though, is that in Konate and Matip, Jurgen Klopp has two high-class alternatives at his disposal.

Konate, the new £36million ($49m) signing from Leipzig, has made a good impression since joining up with his new team-mates. The 22-year-old is quick, physically commanding and assured in possession. He looks like he will fit in well on Merseyside.

Matip, meanwhile, faces the same battle as ever; to stay fit long enough to show his undoubted class. For all his quality, the fact is that the 29-year-old has only made 19 appearances across the last two Premier League seasons.

Those two started together against Mainz, with Matip as the right-sided centre-back and Konate on the left. And while they were not overly-exerted, there was promise in the way they operated together. Konate, in particular, made a few telling interventions, while both looked comfortable stepping into midfield in possession.

Nat Phillips and Billy Koumetio took over for the second half, but with the start of the new campaign just three weeks away, Klopp will be hoping Konate and Matip can continue their encouraging summer progress.

They could, after all, be his starting pair at Norwich on August 14.

Tsimikas ready to give Robertson some help

A year into his Liverpool career, Kostas Tsmikas belatedly looks ready to make his mark.

The Greek international left-back made just seven appearances for the Reds last season, and managed only six minutes in total in the Premier League, with a knee injury preventing him from pushing first-choice Andy Robertson for most of the campaign.

That could change this time around. Robertson arrived in Austria on Friday, and will join team training from Saturday, but in the Scot’s absence Tsimikas has taken his chance to catch the eye.

Bright and busy, he has the speed and energy to be a success at Liverpool. He is competitive and determined, and his delivery from wide looks good too, whether from open play or dead balls.

Robertson, of course, is the man in possession of the shirt, and he will take some shifting. He made 50 appearances last season and will, fitness permitting, start the campaign against Norwich next month.

Klopp, though, will hope Tsimikas can push the Scot a little harder this year than he did last.

For the second time this week, Oxlade-Chamberlain started in the No.9 role, with Salah and Mane either side.

No great surprise there, given the absence of Roberto Firmino and the fact that Diogo Jota only joined up with the squad on Thursday - though what it says about the prospects of Origi and Minamino is another matter entirely.

Klopp says Oxlade-Chamberlain is “an option” for a striking role this season, though the England international has a way to go if he is to win over the sceptics, who believe a new forward signing this summer is a must.

He missed the best chance of the first half against Mainz, denied by a good save from goalkeeper Robin Zentner, and delivered one excellent cross which Mane almost converted. There was the odd neat touch, but nothing that will have Firmino losing sleep, in all honesty. He looked like a square peg in a round hole, generally.

Oxlade-Chamberlain started only two games last season, and made only 17 appearances in total, his season ruined by a knee injury suffered in last season’s Austrian camp.

Twelve months on, he’ll be hoping for a little more luck, but he also needs to do a little bit more.

This is a big campaign for the former Arsenal man - wherever he ends up playing.

With Oxlade-Chamberlain starting in attack, it meant another chance for teenager Elliott as part of Klopp’s midfield three.

That is not the 18-year-old’s ‘natural’ position - if such a thing exists - but he has certainly looked at home there this week.

There is an ease and a simplicity about Elliott’s game which belies his tender years. He has a wonderful first touch, he gives the ball early and accurately, and he sees the game around him. He and Keita, who looked the part driving forward with purpose and energy, were the standouts of the opening 45 minutes.

Clearly, Elliott has learned a lot from his season on loan with Blackburn, his first taste of regular first-team football. He looks stronger, leaner, and more comfortable with the physical side of the game in the middle of the park.

If he is to be a part of Klopp’s plans next season, then that versatility, that ability to play two or three roles, will be key.

It’s only early days, and bigger tests are to come, but it looks like Elliott has taken a big step forward in that regard.

Wilson set for the exit

There was one Wales international on the bench for Liverpool in Neco Williams, who replaced Alexander-Arnold at half-time.

But Harry Wilson’s omission from the squad was notable. The 24-year-old was at the ground to watch, but Liverpool decided it would be too much of a risk to include him in the game, as he closes in on a move away from Anfield.

Fulham is his destination, with talks between the two clubs having progressed this week. Personal terms, it is understood, have already been discussed with the player, with new Cottagers boss Marco Silva a big fan.

Liverpool bagged £17m ($23m) when offloading Taiwo Awoniyi and Marko Grujic earlier this week, and they hope to secure a fee of up to £12m ($19m) for Wilson, who has been with the club since the age of eight but has made only two senior appearances, amid a series of productive loan spells.

Now for some incomings, surely?