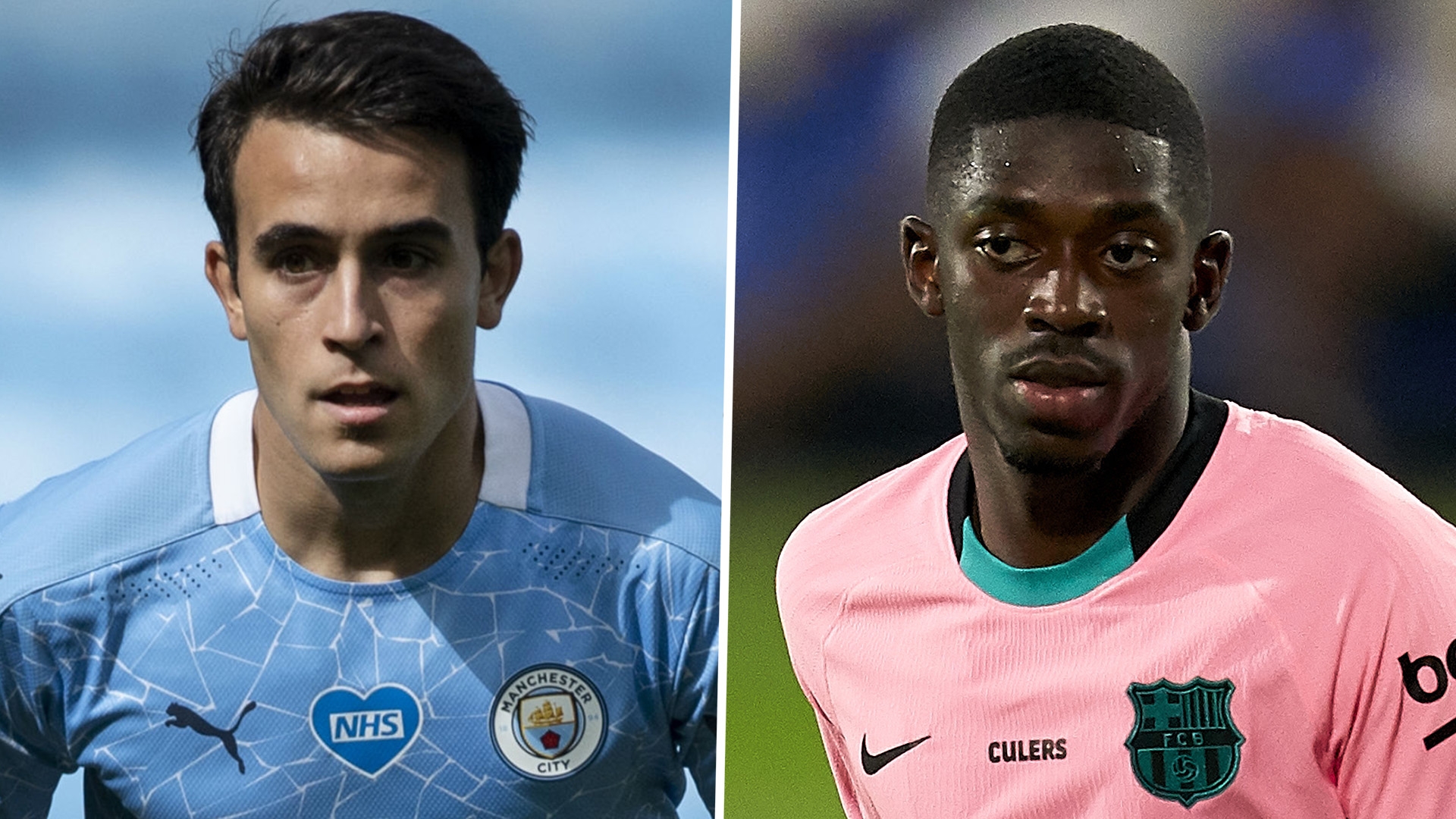 Ronald Koeman has confirmed that Barcelona are still trying to sign Manchester City defender Eric Garcia, while he also reiterated that Ousmane Dembele is in control of his own destiny regarding a possible switch to Manchester United.

As reported by Goal back in July, Barca have identified Garcia - who left the Spanish club back in 2017 to join Pep Guardiola's side - as a top transfer target.

Guardiola has since confirmed that the Spanish defender wouldn't be signing a new deal at the Etihad Stadium, despite City's attempts to get him to remain at the club and his current contract expiring in 2021.

Barca have been trying to arrange a transfer with the Premier League side but talks have dragged over the past two months, with City having moved to bring in Ruben Dias from Benfica to add to their options at centre-back.

The Liga side have so far fallen a long way short of reaching City’s valuation, with a €15 million (£14m/$18m) bid already having been rejected.

Asked about Garcia's future in Friday's press conference, Guardiola told reporters: "Today he's our player and the transfer window closes on Monday, so I don't know. I don't know exactly what is going to happen.

"I know he wants to live there, I know Barcelona want him, but I don't think there's a deal between the clubs. This is what I know right now, so I don't know how it is going to finish."

And Koeman has confirmed that the Catalan giants remain keen on signing Garcia, with just two days remaining until the transfer window shuts on October 5.

The Dutchman said: "It's true we want Eric Garcia here. I've seen Pep's comments and that's how it is. I hope we get it done but we know the situation is tough financially. There's interest, but I don't know if we will get it over the line."

As for a possible outgoings at Barca, France international winger Dembele continues to be linked with a move to Manchester United.

The Red Devils have been keen on signing Jadon Sancho, although Barca forward Dembele has emerged as a possible alternative ahead of the transfer window closing.

ESPN reported on Friday that Paul Pogba had been playing a role in trying to convince his international team-mate to make the move to Old Trafford, with talks apparently progressing positively.

And responding to a question about Dembele's future, Koeman reiterated his stance that it will ultimately be up to the player over whether he decides to stay or go.

He said: "Dembele is a Barcelona player, [his future] depends on what he thinks. I've not spoken clearly with him about it. We will see, two days left."

"We have a lot of competition in attack. Ansu [Fati] started the first two games ahead of him. If a player's not happy, they can speak to me. And Ousmane's not said anything to me. If he stays, I'm counting on him and he will get chances to play."