Carlo Cudicini stood in for a sick Gianfranco Zola after Chelsea's 2-0 win over Nottingham Forest in the third round of the FA Cup and he gave his verdict on Maurizio Sarri and Kepa Arrizabalaga's starts to life in English football.

Arrizabalaga signed for Chelsea from Athletic Bilbao in a record breaking £71 million deal for a goalkeeper in the summer, and the Spain international has been a steady influence in Chelsea's goal, earning 10 Premier League clean sheets and helping the Blues to the league's second-best defensive record.

Cudicini, who works as an assistant to Sarri, won two Premier League titles as Chelsea's goalkeeper and thinks there is a consensus among those at the club that Arrizabalaga has made a big impact.

"It is especially [difficult] for a goalkeeper, the Premier League is a different way," Cudicini told reporters at Stamford Bridge. "I do remember when I first joined here and obviously it was a big difference with the physicality and the speed of the game.

"It’s a completely different way of playing the game. I think he’s adapted really well. He was straight in, he didn’t have a lot of time to get used to this football but he’s coping very well. We are all very happy about his performance."

Cudicini made 141 league appearances as a Chelsea player and has now transitioned into life as a coach at Stamford Bridge, after a brief spell with Ireland's Under 21s.

He began working under Antonio Conte at the club as an assistant but also helped him with translations from Italian to English.

And Cudicini explained his role in helping both Conte and now Maurizio Sarri, who is aiming to make a big step in winning his first trophy as a manager with a Carabao Cup semi-final against Tottenham on Tuesday.

"It’s always difficult for foreign managers to come and change and be part of the Premier League," He added. "The Premier League is a different league. It’s one of a kind, with so many games. And so, the challenge and the competition is so high.

"I had the luck to work with Antonio Conte before and now with Maurizio and it’s a big difference from any other country. So it takes a bit of time to understand how it works and what’s going on. Obviously Gianfranco next to him is a big help. 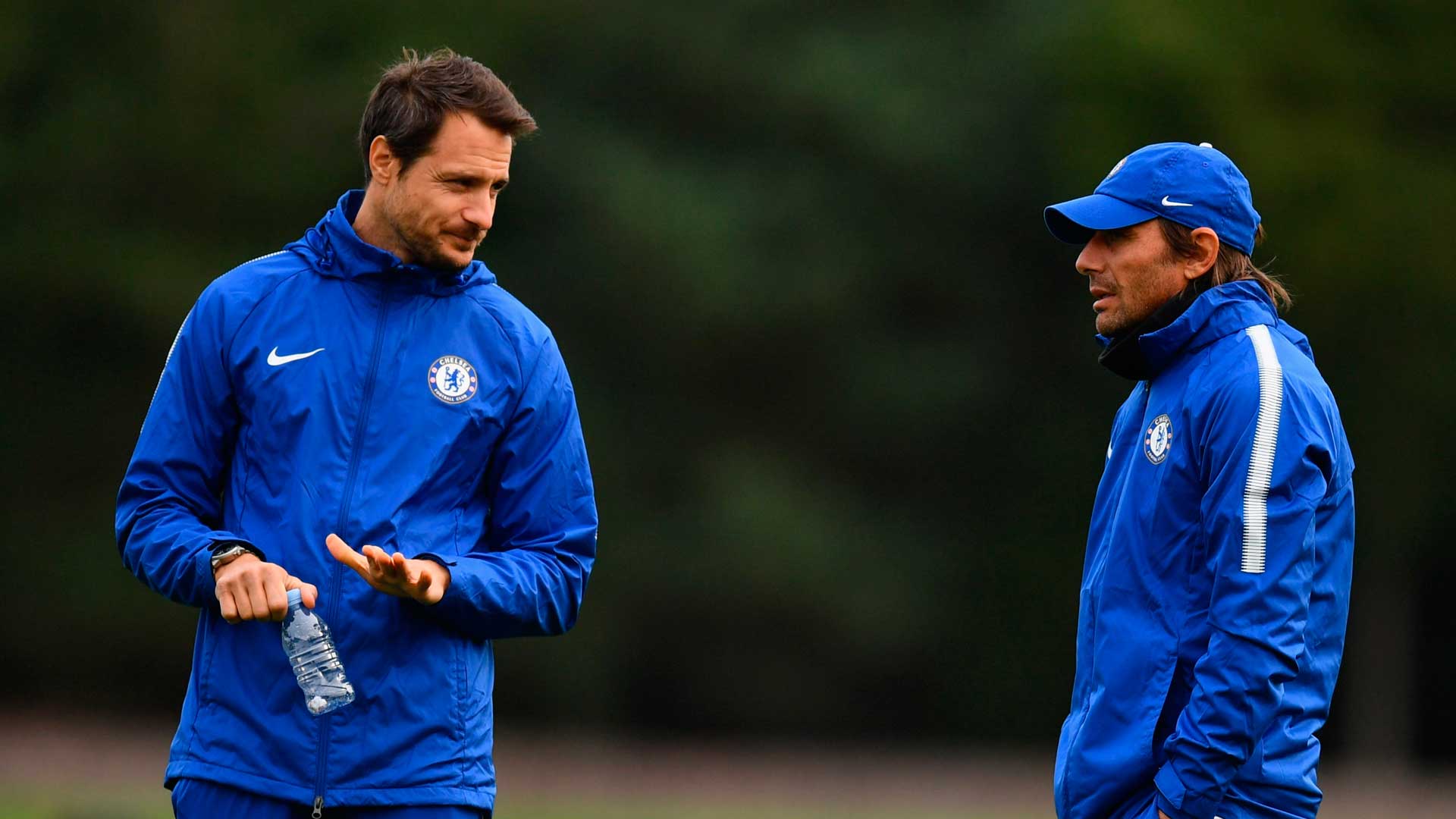 "He is one on the staff that’s had a chance to have some experience in this league and he’s doing his best to make his life a bit easier. But, you know, the team is doing well and can only improve. We are on the right way.

"The games are coming in thick and fast and that’s good because it means we’re in all the competitions. We have a very important game [against Spurs in the Carabao Cup]. We need a bit of rest. We need to get a bit of energy back. Then we go again.

"It’s a competition that when you reach the semi-finals you want to go all the way. Obviously we know the level of the opponent. I don’t know if we’re talking about pressure but it’s always important to win the first trophy of the season.

"You have the chance to win it in February and it can help to then have an even better end of the season. A trophy’s a trophy. We all, as a club, consider all the trophies to be important and we have the chance to reach the final and go all the way, so we want to do well."

Chelsea go into their game with Tottenham suffering from a host of injuries and selection problems as Ruben Loftus-Cheek went off in tears, after a reoccurrence of a back injury in the match against Nottingham Forest. He then described his injury as "not good" to reporters, upon leaving the stadium. 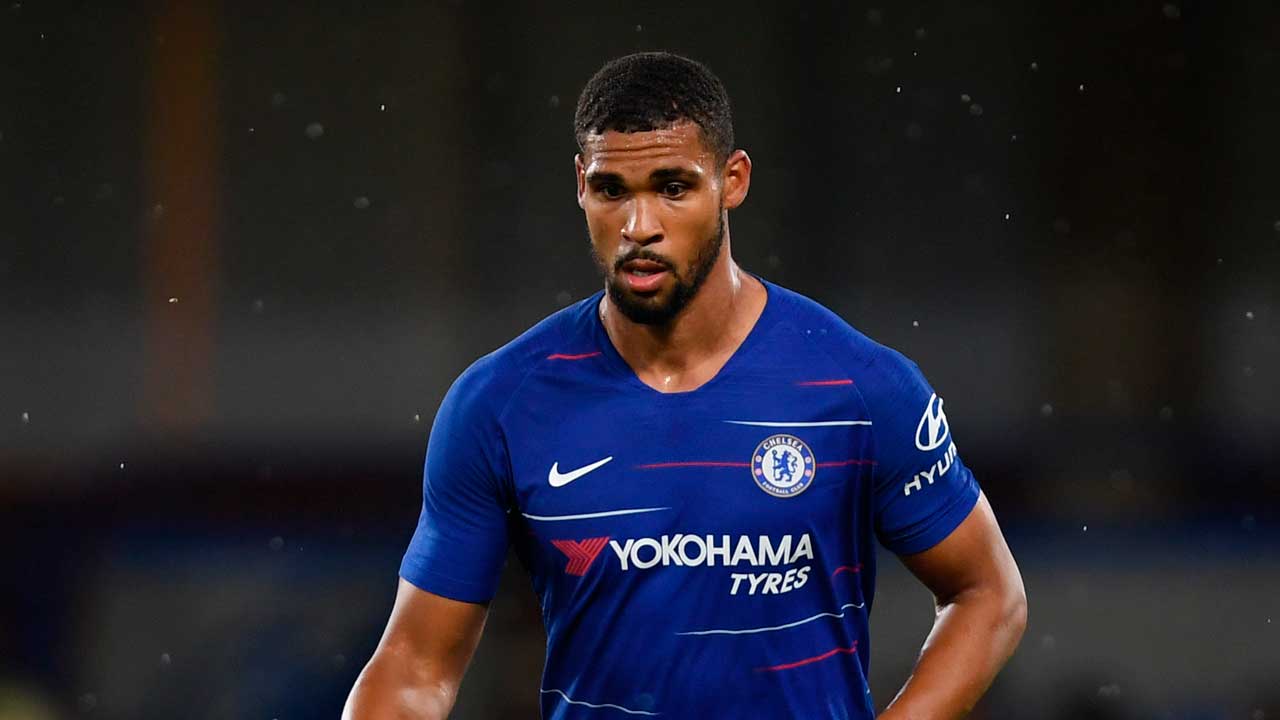 Cesc Fabregas is also on his way out of Chelsea, as Pedro and Olivier Giroud are hoping to recover in time for the match at Wembley Stadium with Willian set to miss out. Cudicini admits that it isn't easy to keep the players fit in January and explained the absence from the last two games of Mateo Kovacic from midfield.

"It’s difficult to say because we have a few players recovering from injuries," He concluded. "A few today were struggling. We will assess the situation and then have an idea on who will play. We need to have in mind the few problems we have.

"Mateo is sick, not injured. So hopefully he is one who will be back. We will assess the others."