Ole Gunnar Solskjaer had wanted a reaction from his Manchester United players but even he wouldn't have dreamed of what unfolded at Old Trafford on Tuesday night, as his side equalled the biggest win in Premier League history by putting nine unanswered goals past Southampton.

For a team who likes to do things the hard way, the game couldn't have been any easier. They were given a massive helping hand by Premier League debutant Alexandre Jankewitz, who was sent for an early bath for an awful challenge on Scott McTominay with just 71 seconds on the clock, but Solskjaer's charges deserve enormous credit for the ruthless way in which they put their visitors to the sword.

Granted, there will be those that will point to the fact that this historic win came against a Southampton side that ended with nine players on the pitch, but this was a statement of United's character.

After having their self-belief called into question after disappointing results against Sheffield United and Arsenal last week, they showcased their desire to continue fighting for the title during a five-star performance. Indeed, it was difficult not to be impressed by their relentlessness.

"Keep going!" yelled McTominay, after Edinson Cavani had headed in United’s fourth. Southampton were already dead and buried but United refused to take a backward step. Even after they netted their eighth of the evening, they continued to pour forward in search of a ninth.

And they got it, too, thus significantly boosting their goal difference in the process. That could well be crucial in what could be a tight title race.

“The best teams don’t feel sorry for themselves, they all react strongly to adversity, which is what I expect now from this group," Solskjaer had written in his programme notes. "They’ve shown that they can bounce back and the onus is on them to do it again."

They certainly didn't disappoint their manager. While they were aided by their almost game-long numerical advantage, their attacking play deserves commendation.

The team’s creativity, movement, pressing and mindset could not be criticised as they drew level with Premier League leaders Manchester City, albeit having played two games more.

As goal after goal went past Alex McCarthy, Solskjaer could tick off one item on his wishlist after another, as United matched their 9-0 demolition of Ipswich from all the way back in 1995. 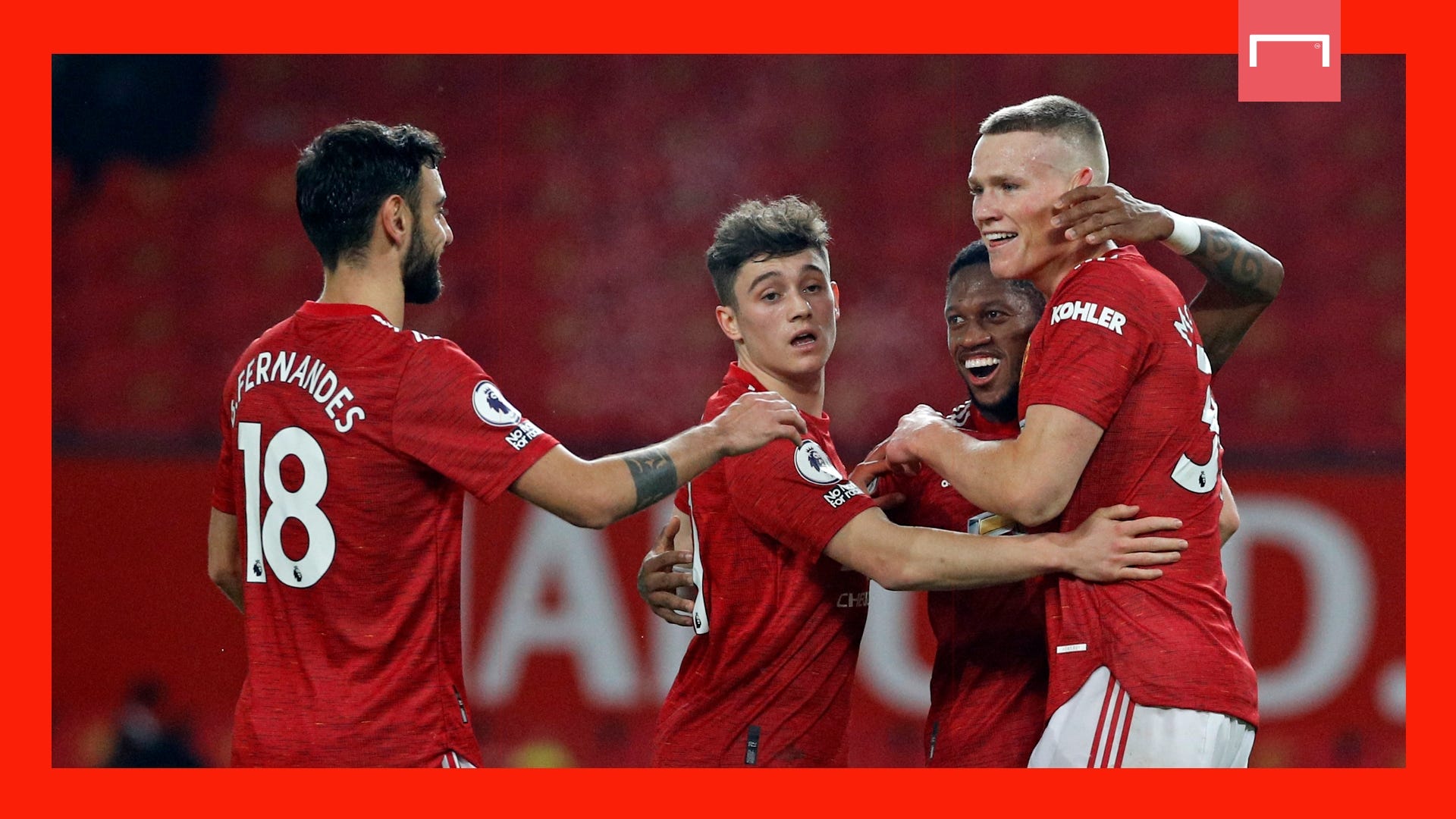 Marcus Rashford ended a six-game barren run in the Premier League with a composed finish to double United’s lead, Cavani made amends after missing big chances against Arsenal, while Anthony Martial came off the bench to end his goal drought which went back to January 1 with two goals.

In addition, Bruno Fernandes had his first goal involvement since New Year’s Day before scoring from the penalty spot to ensure he also got his name on the scoresheet.

Then there were the full-backs. Luke Shaw, who has been in formidable form for a while, was on fire, racking up two assists in the opening 45 minutes, which is more than he had managed in his previous 45 Premier League appearances combined. His link up with Rashford down the left-hand side meant United were a permanent threat.

Meanwhile, Aaron Wan-Bissaka, who has been widely criticised for his forward play, also showed improvement and he drove into the box with authority and promise. He got the goal his movement deserved and it will no doubt please Solskjaer, who has been impressed with the improvement he has been making on the training pitch.

Of course, there was one big negative, but it's more of a general issue, as it seems that no Premier League game these days can be completed without a bit of VAR controversy, which came courtesy of Mike Dean awarding a spot kick after Martial dived in the area and then showing Jan Bednarek a straight red card for a perceived professional foul.

Still, there was no detracting from what was a devastating return to form from United. City are undoubtedly the title favourites, given Pep Guardiola's men are on an eight-game winning streak in the Premier League.

But United sent a clear message on Tuesday night that they're still in the race. This was the perfect riposte to those that have doubted them; they proved that it will take more than a couple of bad results to keep them down.

They've clearly still got the stomach for the fight. And, thanks to Tuesday night's record-equalling win, they've got their confidence back too.