The Napoli star is attracting plenty of interest from the Premier League, but his representative insists no approach has been made from Old Trafford

The agent of in-demand Napoli midfielder Jorginho claims he has yet to receive any offer from Manchester United.

Goal revealed recently that the Italy international has been made a top summer transfer target for Premier League champions Manchester City.

They are not the only ones in the hunt, though, with Joao Santos confirming that there are “four or five” English sides set to spark a scramble for a much sought-after signature.

United were believed to be among those keen to do a deal for the talented 26-year-old, but his representative insists no move has been made by those at Old Trafford.

Santos told Radio Crc: “Jorginho has done very well with Napoli, he plays for the Italian national team, he is unique in his characteristics and for those reasons he’s probably being followed by many teams.

“At the moment though there are a lot of rumours flying about. The Napoli coach and players are being approached by first one team then another, but there’s nothing official.

“The last thing I read is that Manchester United made a proposal through [Jose] Mourinho’s representative [Jorge Mendes], but no-one called me.”

Jorginho still has two years left to run on his current contract at Napoli, but big-money bids could free him from that agreement.

Santos insists there is no chance of him moving to another side in Serie A, but he is aware of the mounting interest from the Premier League after speaking with several clubs. 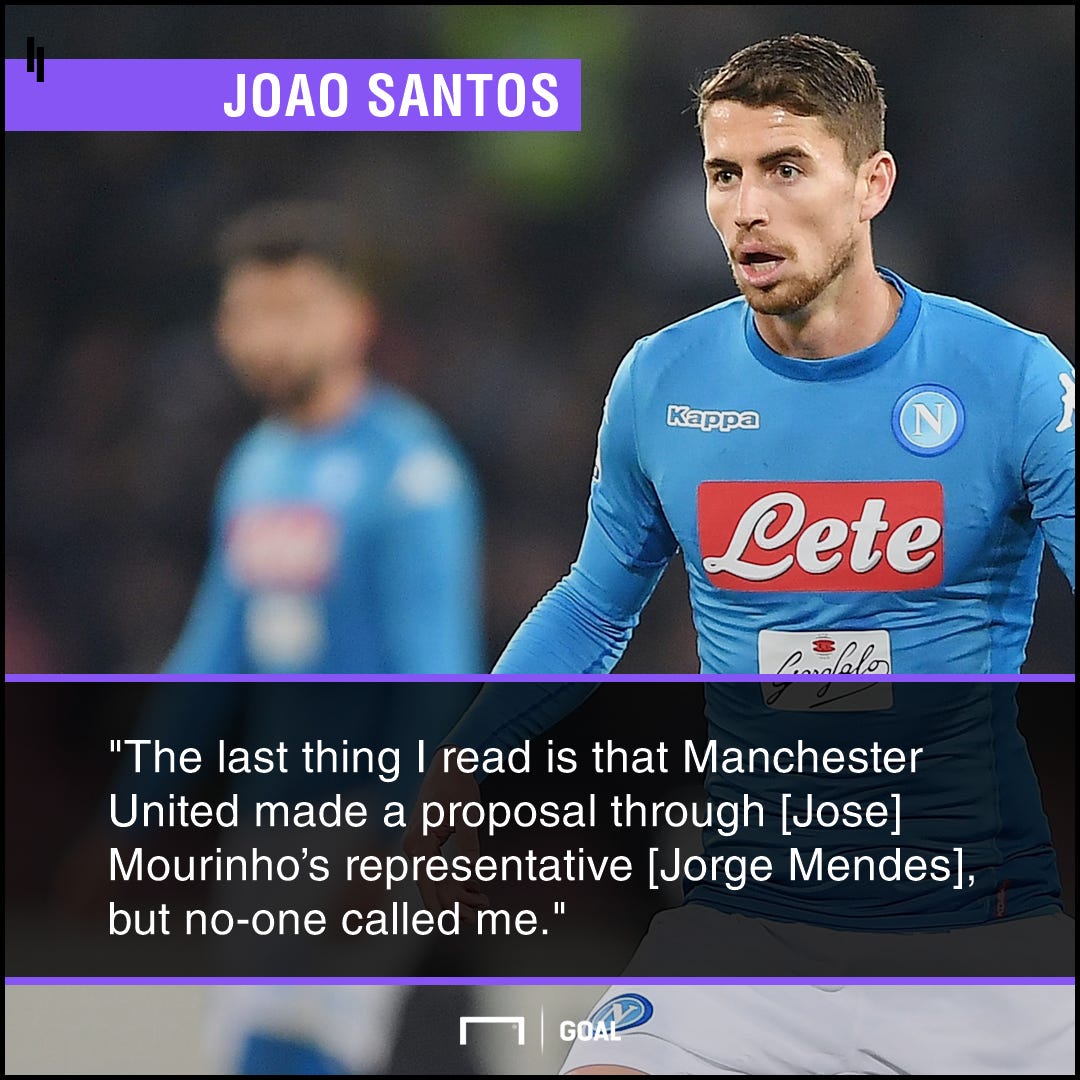 He added: “Everyone asks for information, but nobody has made any official offers so I can’t say which track is hotter.

“I’ve already been to all the English clubs because that’s my job, I get information. If he were to leave Napoli I can say that Jorginho wouldn’t play for any other team, even if he didn’t have any release clause.”

England would appear to be the most logical destination for Jorginho if a summer move is to be made, with links to La Liga giants Barcelona played down.

Santos said: “That’s very difficult because they’ve signed Arthur from Gremio and he plays in the same role as Jorginho. I haven’t been to Barcelona.”

Jorginho has made 35 appearances for Napoli in all competitions this season, netting three goals and providing four assists.