Jones, 18 years old and a boyhood Red, settled Sunday’s FA Cup third-round clash with Everton at Anfield in style. His 20-yard screamer, his first professional goal in only his third start, gave Jurgen Klopp’s team a 1-0 win over their local rivals.

It secured a remarkable win for the Reds, who had made nine changes to their starting line-up, leaving out a host of big names and fielding a number of youngsters.

Jones, though, grabbed the headlines and afterwards Chirivella, who knows the young Scouser well from Liverpool’s Academy teams, paid tribute to the teenager.

“I’ve known Curtis for a long time and I’m super happy for him,” the midfielder told reporters.

“I know he has this special thing that only a few players have and I’m very, very happy that finally he is showing what a talent he is.”

Liverpool had planned to send Jones out on loan this month, and had received enquiries from numerous Championship clubs.

However the youngster’s performance levels, as well as a mounting injury list, could yet force a re-think. Certainly, there is a growing feeling inside Anfield that this, indeed, is a player with a genuine chance of becoming a first-teamer.

“He will be a Liverpool player if nothing strange happens, 100 per cent,” said Klopp on Sunday. 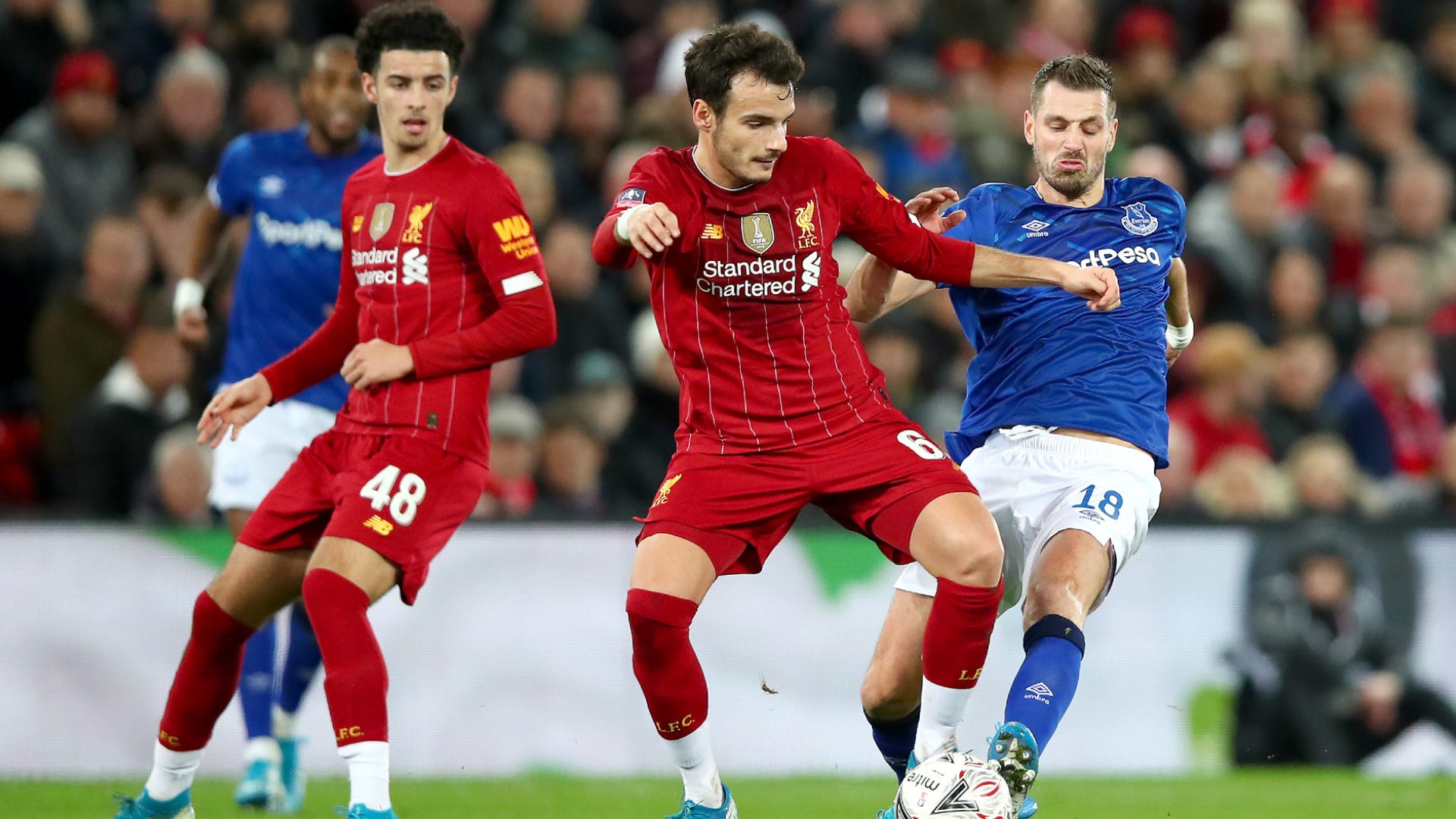 The chances of that happening with Chirivella are rather slimmer, despite the Spanish star’s excellent performance in midfield against Everton.

The 22-year-old is expected to leave the club on loan in January. Liverpool received two concrete offers from Championship clubs last week, but were unwilling to allow him to depart until the Everton game was out of the way. Nottingham Forest are among those who are keen, but Chirivella’s display on Sunday should prompt further interest.

“It was great, something I was waiting for for a long time,” Chirivella said. “Finally I played a good game and the team won! We are very happy.

“We got told just to give everything, not to worry if we are not right in the press or are not pressing well, just give everything and run for each other. Everyone was responsible for everyone and I think we did that and we are very proud of it.

"I played with the likes of Neco, Harvey, Curtis for a long time. At the end of the day, we just play football and it doesn’t matter if it’s U23s or first team, we have to give everything and just be ready for every chance we get. I think we showed that we are ready.”

Asked about the atmosphere for the 235th Merseyside derby, Chirivella added: “It was unbelievable. I can’t wait to see my family to see what they tell me, how it looked from the stands.

“But I don’t expect anything else from the best fans in the world.”

Liverpool will assess the injury suffered by James Milner against Everton.

The vice-captain lasted just nine minutes before suffering an apparent thigh problem, and was replaced by debutant Larouci. Milner will undergo a scan at Melwood on Monday.

Liverpool were at least boosted by the return of one of their many injured players, Alex Oxlade-Chamberlain, against Everton, and hope that Fabinho and Xherdan Shaqiri will be able to resume training this week ahead of Saturday’s Premier League trip to Tottenham.