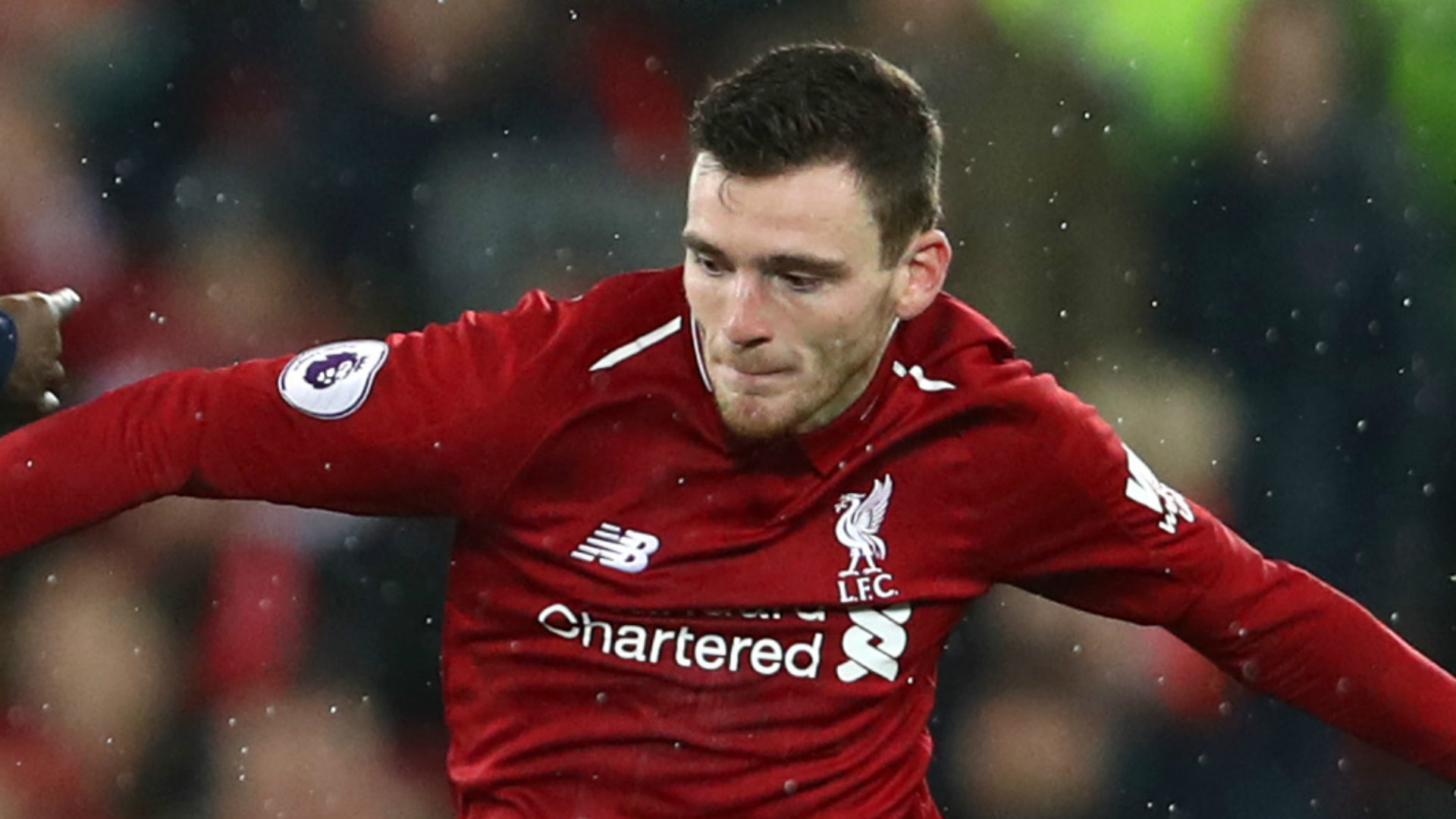 Andy Robertson accepted the praise of Jose Mourinho after Liverpool’s win over Manchester United – but insisted Jurgen Klopp deserves the credit for his all-action performances this season.

Mourinho was impressed by the Reds left-back during his side’s 3-1 defeat at Anfield on Sunday, describing Robertson as “incredible” in his post-match press conference.

“He makes 100 metre sprints every minute,” the United manager said, before stating that his own players were incapable of the kind of high-intensity displays produced regularly by Robertson and Co.

“It is just part and parcel of my game,” Robertson said. “I will keep on going until the end.

“I got a bit of space, particularly second half and the gaffer is always banging on to me and Trent [Alexander-Arnold], more so this season, that we have to be more involved and I just tried to do that.”

Robertson added: “Special mention goes to Clyney (Nathaniel Clyne), being out for so long and my God, he has done brilliantly. He has had his struggles with injury but he put in a first-class performance and that just sums up our squad at the minute.”

The game, of course, was settled by a Liverpool substitute, with Xherdan Shaqiri emerging from the bench to score twice. The Reds’ strength in depth has been evidenced by the fact that they have picked up seven goals from subs this season, while the performances of the likes of Shaqiri, Clyne, Naby Keita, Jordan Henderson, Dejan Lovren and Fabinho show the level of quality in Klopp’s squad.

“Of course,” said Robertson. “You look at the bench and there is probably a few people disappointed not to start, rightly so, and we have all got positions to fight for and that is the beauty of having a good squad.

“Shaq comes on and shows everyone what he can do and scores the two goals, and he will take the headlines, but the other subs that came on, Hendo came on and shored up the midfield, won every tackle, I think, and never lost a header against Fellaini, which is always tough.

“These guys were disappointed not to play before kick-off but they come on and make such a difference for us. It was a real all-round performance.”

Shaqiri’s impact, in particular, has been impressive. Like Robertson, and before that Gini Wijnaldum, the Swiss star moved to Liverpool having been relegated from the Premier League at his previous club, but the 27-year-old has taken to life at Anfield like a duck to water.

“He is seizing his chance and good on him,” said Robertson. “You can use it to your advantage because you might go under the radar a wee bit and there might not be as big a deal made about your signing.

“But it gives you time to get your feet under the table and Shaq has hit the ground running, quicker than I did, so credit to him. He has learned the way to play and he has been fantastic all season and a real threat for us, and his stats this season are very good, so long may that continue.”

The more immediate upshot of the win over United, of course, is that it sends Liverpool back to the top of the Premier League table, a point clear of Manchester City.

Do they believe they can stay there?

“Of course we do,” smiled Robertson. “We are in December, we know how tough this period is but we are top of the league. We have just got to keep this period going.

“We know how good Man City are, we have a bit of a gap that has opened up now [to third], the two of us close to each other but we believe we can stay top. But, there is a long way to go and we still have to play big games, starting on Friday night and we hopefully move on from there.

“It has been a huge few weeks, people maybe looked at the fixtures and thought ‘Everton, it’s a derby, always tough, Bournemouth, always tough, Napoli was a must-win and Man Utd speaks for itself’ and we have come out unscathed but we need to move on from that.

“We can’t just rest on that and say, four games we have played well and take our eye off the ball. We need to stay focused 100 per cent and look forward to the challenge at Wolves who have done well this season so, we prepare, we rest and get ready for another big one.”