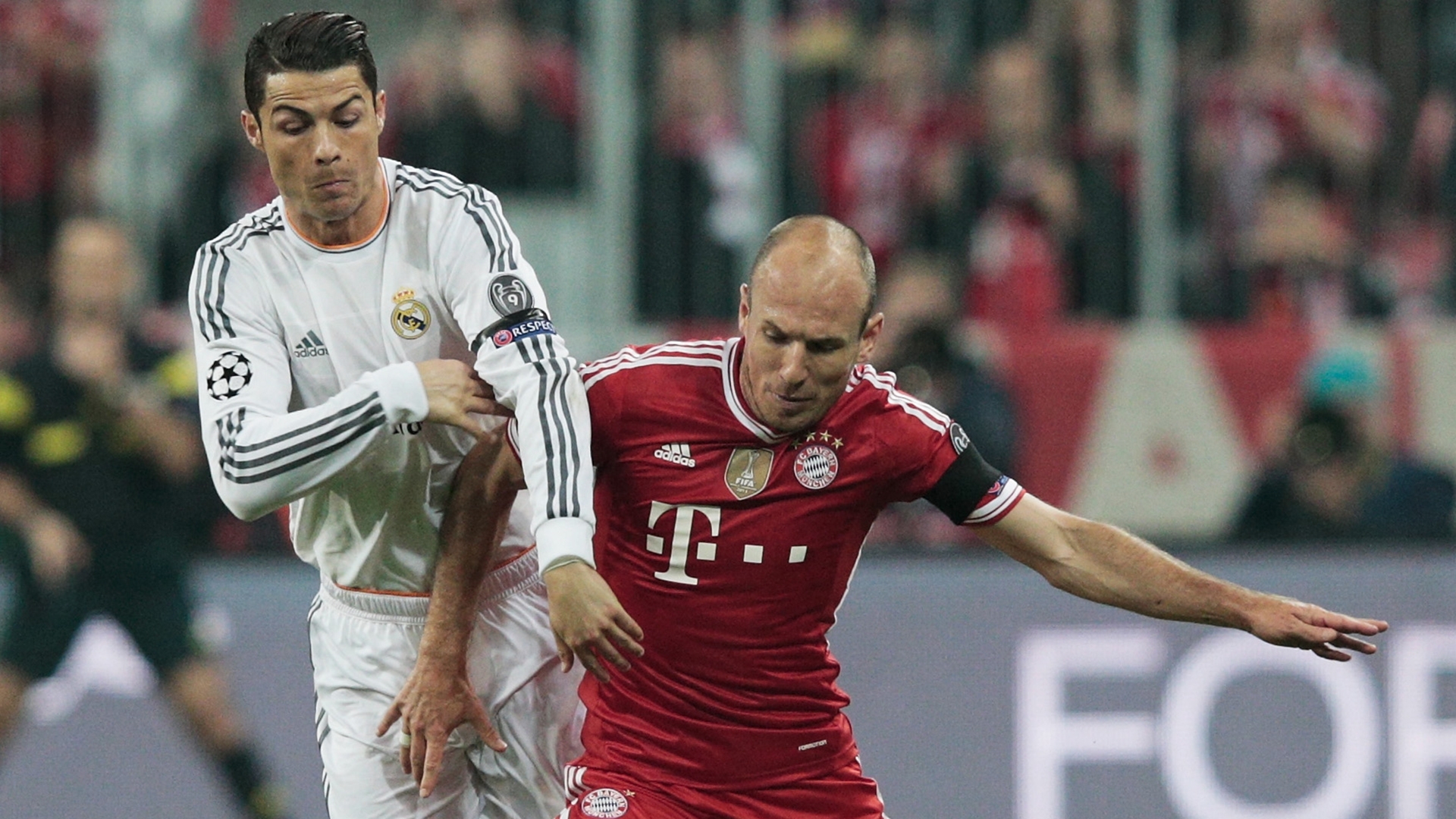 Arjen Robben says politics at Real Madrid, and not just Cristiano Ronaldo's arrival, forced him to suffer a "difficult" exit from the club, but added his subsequent move to Bayern Munich was the best decision of his career.

The 35-year-old winger will end a decade-long association with the Bundesliga champions following the DFB-Pokal final against RB Leipzig on May 25.

It has been a successful 10 years for Robben, as he has been part of seven straight Bundesliga titles, eight in total, along with being a four-time DFB-Pokal winner and claiming the Champions League in 2013.

But it was a union that might never have come to pass had huge change not arrived at Real Madrid in the summer of 2009.

Robben had starred for two seasons at the Bernabeu, but Florentino Perez’s return to Los Blancos ushered in a massive overhaul of the club, including the signing of Ronaldo from Manchester United for a then-record fee.

And Robben was part of the group that was shown the door but he insists there was little he could do in a situation where the decision-making wasn’t all about football.

"It became difficult for me because of the change of president at Real," Robben told Goal and SPOX.

"I actually felt very comfortable there and played very well, but when politics come into play and you do not get a real chance, you have to make a decision whether you want to keep fighting or to go and continue your career elsewhere.

"It was not just Ronaldo. Perez returned as the club's president. He then bought Ronaldo, but also Kaka, [Karim] Benzema and Xabi Alonso.

"Real spent so much money and we were told that they needed to make a bit of money back on outgoing transfers.

"For me it was a shame, because I had a very good relationship with the former coach Manuel Pellegrini. In addition, I had perhaps the best pre-season of my career."

But Robben found an eager suitor in Bayern.

The former Netherlands winger explained how the Bundesliga giant's firm interest in signing him won him over with then-captain Mark van Bommel and coach Louis van Gaal playing their part to convince Robben to move.

"I talked to Mark and to Van Gaal," Robben said. "He told me how had he plans for me. Both clearly signalled to me: 'Come to Munich, please'.

"I remember the decision was not easy. We sat together as a family on the terrace and talked. After all, it was about leaving a big club like Real Madrid. There was no turning back then.

"By comparison, Bayern was not so successful in Europe at the time. My goal had always been to win the Champions League. I wanted to show that I was good enough.

"The move to Bayern was the best decision of my career."