Inside the rise of Florentino - the future of Portugal's midfield 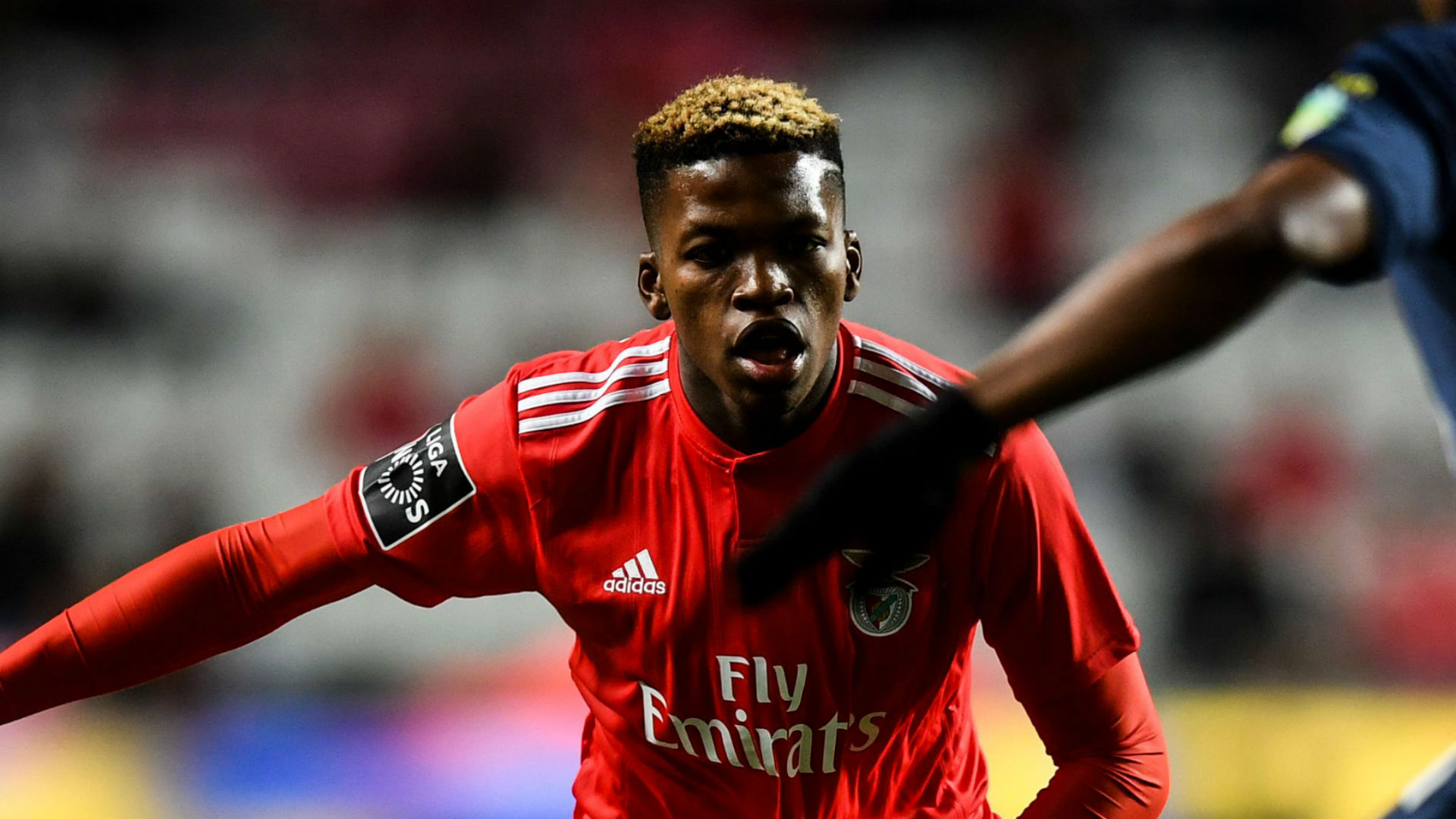 Not all young players stand out with their skills and goals. Florentino, the 20-year-old defensive midfielder who broke into Benfica’s exuberant title-winning side back in March, was playing as a right-back when he was first spotted by the Eagles 10 years ago.

“For me, what stood out right away was his maturity,” Goncalo Bexiga, former recruitment officer at Benfica, tells Goal. “He played like a grown-up, his awareness of the space, his positioning, the way that he recovered so many balls. His spatial awareness was fantastic, his perception of the game were very unusual for a 10-year-old boy, it’s not easy to find this kind of characteristics in a boy of this age.”

After watching him for a few more matches, the youngster eventually played against Benfica.

“When he played against us I was watching another game, but I told the technical co-ordinator, Rodrigo Magalhaes, that we had been having good feedback on the boy and that I like him, so could you please check and tell me if it’s worth making a move," Bexiga says.

“In the middle of the first half, after he’d watched only a little bit, he called me and he said, ‘This is for yesterday, Goncalo’, so I dropped the game that I was watching, I told him to hold on to Florentino’s father and tell him not to leave because I wanted to speak to him, and right away we made the negotiation and Florentino joined.”

By bringing another talented youngster into an academy dedicated to producing first team footballers, Bexiga’s job was done.

Joao Tralhao is one of the coaches who picked up the baton and helped Florentino achieve his potential.

“I met Florentino when he was a young player, when he first joined Benfica,” Tralhao says. “He was a very good professional as a player, very shy as a person, he didn’t like to socialise so much, he was very calm.”

Tralhao was in charge of Benfica’s Under-19s, so did not get his hands on Florentino right away, but quickly noted how he had improved.

“He had changed a lot, in a positive way,” he insists. “I think from U12 to U19 was an amazing learning curve for him, because the potential was there, he was a top, top player when you talk about potential, and then he grew a lot.”

Florentino’s defensive attributes that were highlighted by Bexiga were built upon as he progressed through the ranks, as coaches worked on other areas of his game.

“He was very quick to learn, he had a very good capacity to understand the collective work, as you can see now as a senior player, he always understood how he could be a team player,” Tralhao adds.

“The first work on that was easy with him, because he understood very quickly, and then he had some things to improve, things like attacking, building attacks, to be more focused on offensive principles.”

Attacking talents such as Joao Felix and Jota, who both stepped up to the first team, as well as highly rated Ze Gomes were also involved in an Under-19 team that reached the 2017 UEFA Youth League final. And with so much flair in the team, Florentino’s defensive acumen was vital.

“Florentino was one of the most important players in that season,” Tralhao says. “He was very important for our team, we were a very offensive team, we played with only two midfielders,

"Florentino and Gedson, and the front four was only attacking-minded players like Jota, Felix, Ze Gomes, because when I say that Florentino was very important that season, it’s because he can allow players like Felix and the other ones to be creative, to be offensive. Florentino was always defending and protecting their back.

That training allowed him to break into the first team back in March, having started the campaign with Benfica’s B team. In a title race that went all the way and was decided by just two points, Florentino started the last seven games of the season.

It may be Felix - “a genius”, according to Bexiga - who earns a big-money move this summer, but there would be few surprises at the Estadio da Luz if Florentino follows in his footsteps in the near future.

He is set to sign a new contract with Benfica in the coming days that will see his release clause increased to €100 million (£90m/$114m) amid interest from Manchester City and Paris Saint-Germain, but it is unlikely to be long until a club is willing to pay such a fee.

“Honestly I believe he will not be so many more years hidden in Portugal,” Tralhao says. “Because I know him very well, I think the major clubs in Europe are attracted to these kind of players and they will come to Lisbon to bring him to their club.

“Florentino is the type of player that all the major clubs want to have in their squads, because he’s still very young but he’s a very talented player in the one position that it’s sometimes not easy to find.

“It’s not easy to find someone like him in Europe, even in the world. A player who can defend like anyone is excellent, his perception of his defensive role is amazing, absolutely amazing, his perception of the positioning, the timing is completely exceptional, and attacking he can play, he can build, he can do everything the coach wants.”