The Brazilian put in another strong display, helping Barcelona dictate play despite an early hole and the hostile conditions of the Mestalla

As disappointed as Barcelona were to go for a fourth La Liga game without winning, their 1-1 draw against Valencia at Mestalla on Sunday was no disaster.

On paper taking just three points from 12 is a shoddy run for the defending champions, but in a hostile atmosphere Barcelona weathered an early storm to claim a point and control the game.

The result takes the Catalans above third place Atletico and fourth place Real Madrid, which will keep Barca fans calm even though they trail new league leaders Sevilla by a point.

Lionel Messi’s powerful low drive dug Barcelona out of another hole after poor defending allowed Ezequiel Garay to open the scoring after just two minutes, but this game will be remembered as another stepping stone in the development of young centre midfielder Arthur Melo.

Thrown into the thick of it at Wembley against Tottenham in the Champions League on Wednesday, Arthur impressed as Barcelona earned a 4-2 win and Ernesto Valverde doubled down on his bet for this game.

The coach picked the same starting line-up, bar Thomas Vermaelen coming in for Clement Lenglet in defence, which meant Arthur was trusted to link the play in the middle again.

At age 22 he has slotted into the side with little fuss after his summer switch from Brazilian side Gremio, adapting to European football at a speed rarely seen for South American players.

Calm and controlled in possession, it is too soon to classify Arthur as a player who will become a Barcelona great but there are some hugely encouraging signs in his general play. 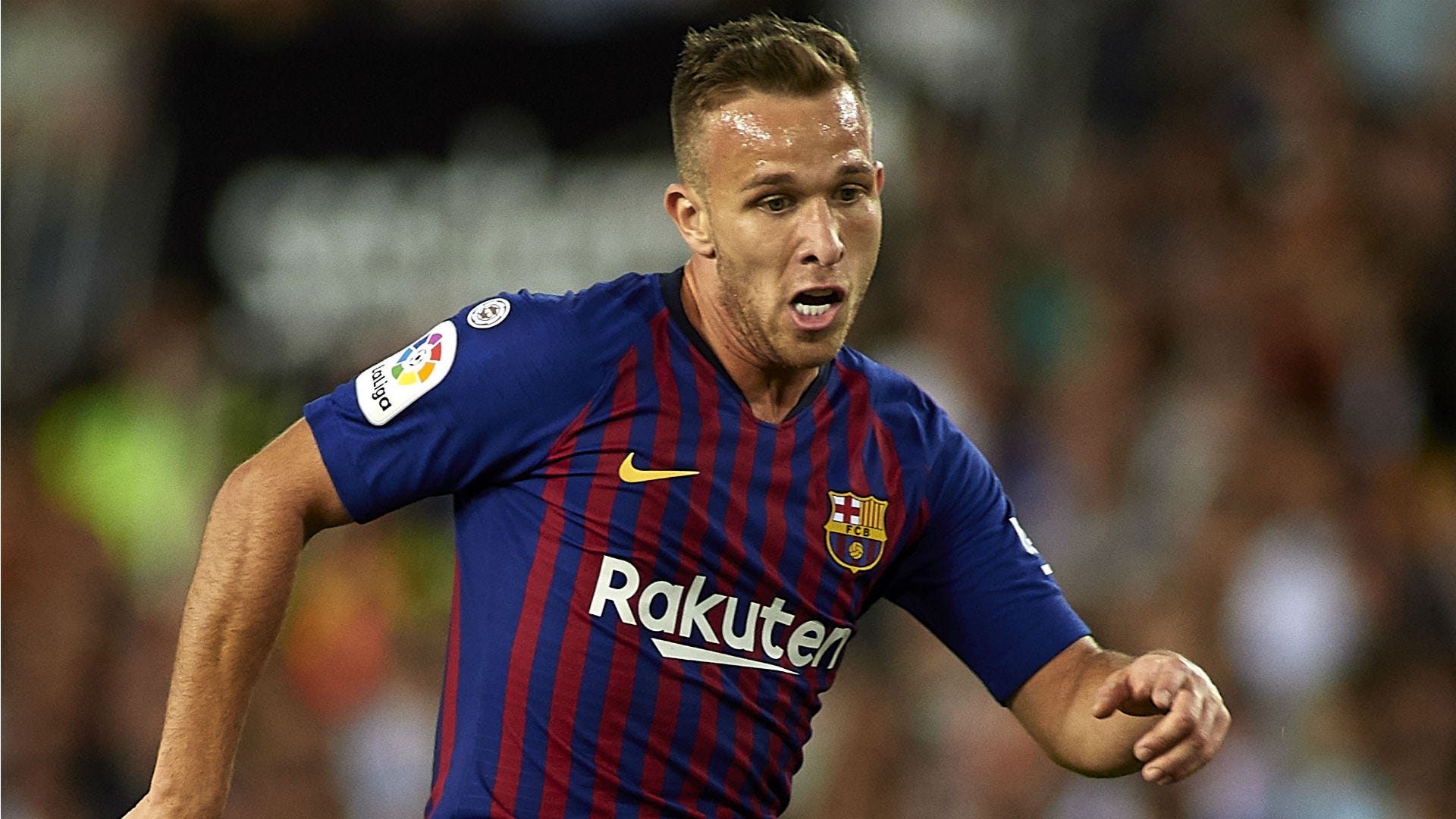 The midfielder’s willingness to circulate the ball quickly without complicating the play has drawn comparisons to Xavi Hernandez, while the way he moves with the ball stuck to his foot is reminiscent of Andres Iniesta’s dribbling technique.

Those are two players whom Barcelona have lost in the past few seasons who may never be replaced, so Arthur’s arrival and similarities to their game is welcome at a club where the fear of losing their playing style is increasingly prominent.

The midfielder’s presence helps Barcelona dominate possession as they did at Mestalla after a rocky opening period where Valencia scored and threatened Marc-Andre ter Stegen’s goal regularly.

Once the ship steadied, Arthur took the reins and consistently made himself available for his team-mates to pass to, giving them options instead of leaving them surrounded with no outs.

Arthur attempted 142 passes, more than any player at an away ground since Xavi’s 148 at Levante in November 2012, and 135 of them were on target - a record for anybody this season in the division.

142 - Arthur Melo attempted 142 passes against Valencia, the most by a player in a La Liga away game since Xavi Hernandez vs Levante in November 2012 (148). Reference. pic.twitter.com/jYspVgc28f

On a couple of occasions he lost the ball and it led to dangerous Valencia counter-attacks, but rough edges were always likely and should not take long to smooth.

Arthur showed a good connection with Messi, always important for hopeful new Barcelona players, with the Argentine happy to connect with a player willing and able to send him the ball and take it back.

It may take years for Arthur to reach his potential but his instant impact on the team’s play is a ray of light for Barcelona even during a complicated start to their title defence.