Ilaix Moriba contract dispute: Why Barcelona's teenage star has been frozen out of pre-season 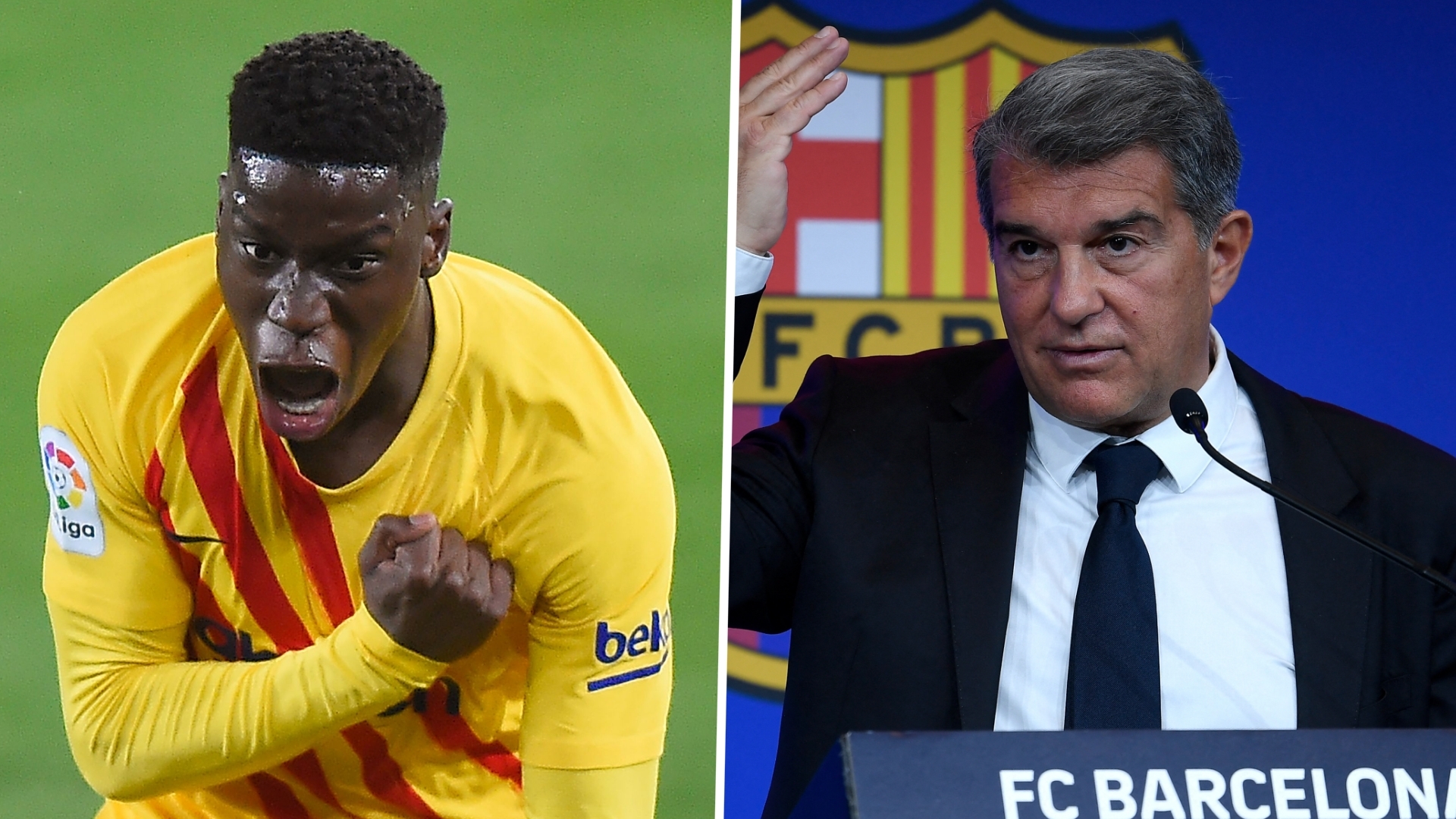 Barcelona president Joan Laporta is fire-fighting the economic inferno left by his disgraced predecessor Josep Maria Bartomeu, as well as working on the final parts of the deal to secure free agent Lionel Messi’s future, but the club’s problems do not end there.

That is because there is now a real danger that one of the most talented youngsters to graduate from La Masia in years could leave the club this summer.

At a time like this, Barcelona need to lean more than ever on their storied academy to produce quality players and save cash in the transfer market, but Ilaix Moriba finds his future on the line.

The 18-year-old midfielder, frequently compared to Paul Pogba, has one year left on his contract and, so far, the club have not been able to reach a deal with him to renew.

The player’s agents are demanding too high a salary, and as a result he has been frozen out of pre-season action for both the first team and Barca B.

There are links to Premier League clubs Manchester City and Chelsea, but in the shadows lurk Real Madrid too.

Barcelona feel Los Blancos have been slyly tempting the box-to-box player to Santiago Bernabeu, while was pictured in late May in the Spanish capital, alongside Real Madrid ‘megafan’ Tomas Roncero, a writer for AS and an occasional El Chiringuito guest.

“Looking after a good Barca youth player, a polite kid. Come to Madrid, Ilaix!” wrote Roncero on Twitter, along with a snap of the pair of them at a restaurant in the Spanish capital.

In August 2018, the Guinea-born midfielder scored a hat-trick against a Real Madrid youth team, including a ludicrous strike from the centre-circle. Real have kept an eye on him ever since.

While Madrid would not risk an overt war with Barcelona over the player, they understand the Catalans’ attention is split, their pockets are empty and simple solutions to annoying headaches are welcome at the club.

Selling Ilaix now is a better option for Barcelona than allowing him to leave for free next summer.

Barca, from their perspective, already feel they have made a big financial effort for Ilaix. He signed a contract in 2019 which saw him become the best paid youth player in the club’s history, already earning over €1 million (£850,000/$1.2m) through the deal.

Midfield options are also rarely a problem for the club, given they so easily produce talented players between the boxes at La Masia. Currently Gavi, 16, has taken advantage of Ilaix’s absence and put in two fine displays in pre-season friendlies against Nastic and Girona.

It is a troubled time at Barcelona, where the club have too many other issues to deal with to take a slow, soft and nuanced approach to Ilaix’s situation, despite his impressive performances under Ronald Koeman last season.

Laporta and his colleagues have struck a hard stance, and the feeling among Barca fans is to back him on it, instead of bowing to the excessive demands of the player’s agents while the club is already in financial turmoil.

And, while the teenager did thrive last season in 18 appearances while placing 50th on Goal's NXGN list of the world's top teenage footballers, he did not play a crucial role like the other midfield newcomer Pedri.

As a result, if Ilaix leaves Barcelona will not view the situation as a complete disaster, even though they would much prefer him to stay, on reasonable terms.

In Barca’s eyes, the best solution would be for the player to relent and settle down at the club. Ilaix, for his part, is said to welcome a quick resolution so his playing time does not suffer further erosion.

“I’ve been speaking with (Ilaix) and I told him that I will help with whatever I can, but above all I advised him not to leave,” Barcelona B coach Sergi Barjuan told Mundo Deportivo. “I can’t get involved beyond that, it’s not for me to do that. I can just say that I hope he stays.

“It’s a new situation and a difficult one for him and for the club, but the important thing is that it doesn’t affect him. He needs to keep working hard so that if the situation is resolved, he’s in shape when the games arrive. He’s doing that, he’s managing a tough moment well.”

After being left out of Koeman’s squads, it was thought Ilaix could feature for Barca B in pre-season, but he was not included in the squad for the 3-0 friendly win over L’Escala on Friday, bringing the situation to a head.

To see the issue from Ilaix’s perspective, Barcelona are no longer as attractive a proposition as they used to be. If some of Europe’s other top sides, not laden with debt, are willing to pay him more money and even give him a greater chance to win trophies, it would only be sensible to consider his options.

Moreso, perhaps, after the spate of racist messages he has received, with Ilaix highlighting them on social media on Monday night. Then again, this is a plague on the game at any club in any league; leaving Barcelona would not necessarily make a difference.

Barcelona are planning to sit down with Ilaix’s agents later this week to try and find an agreement, with the meeting pushed back from Monday. If it goes well, his long-term future will remain at Barcelona and he can expect to feature in the games ahead, against Stuttgart, RB Salzburg and Juventus. The past few weeks can be brushed under the carpet.

If not, then his next appearance at Camp Nou could be in the shirt of another club - and possibly even a white one.