Chelsea star Willian has revealed how he almost clinched a reunion with Jose Mourinho at Manchester United before committing his future to the Blues.

The Brazil international endured a tough start to life under Antonio Conte, after being named Chelsea's Player of the Year in Mourinho's final season at Stamford Bridge.

Chelsea to win the Premier League - 3/1 with dabblebet

Pedro and Eden Hazard were the new manager's favoured partners for Diego Costa up front, with Willian often relegated to the bench.

Despite netting a respectable eight times in the Premier League the winger was linked with a move away, with United appearing as one of the most likely destinations.

But while he admits talking with the Red Devils, Willian affirms that he is now content with life in west London.

"There were a few conversations with my agent. I worked with Mourinho and I became his friend as well," he explained to Goal.

"He likes me a lot and I like him a lot as a coach and as a person. He has put his trust in me and in my work, and I was very grateful to him.

"Manchester came to me, they talked with my agent, but nothing happened, because Chelsea would not negotiate me in any way and I'm very happy at Chelsea."

Willian was handed a start by Conte on Sunday in Chelsea's Community Shield shoot-out defeat at the hands of Arsenal, and while he sees a lot of differences between the Italian and Mourinho, he has no doubt that they are two of the best managers in the game. 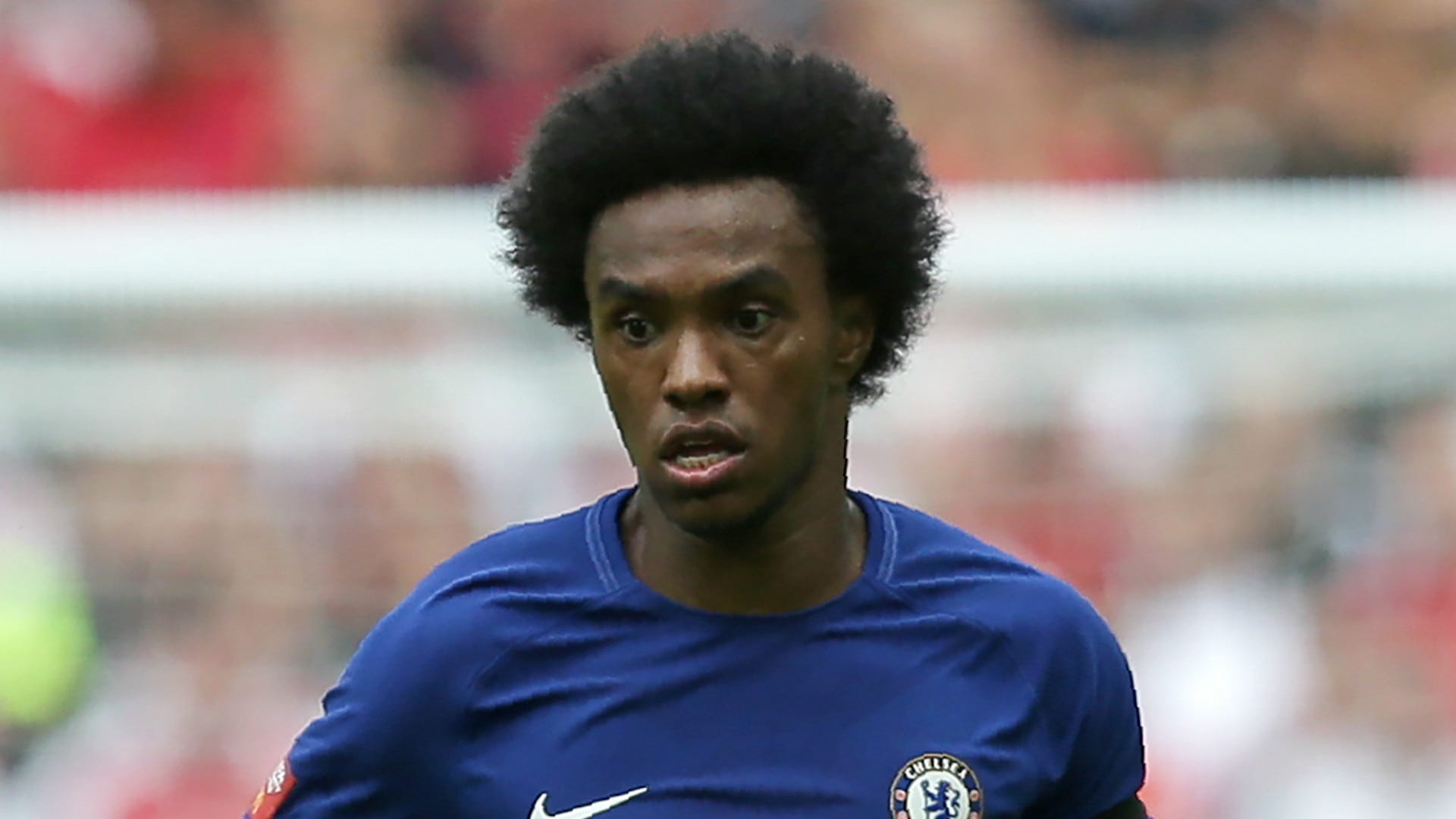 "They are very different. Everyone has their way of working. Mourinho is a coach who likes more the ball practice, works the ball possession and makes short games," he added.

"Conte likes to work the tactical and the physical part. Every coach has his way of working. Mourinho is a fantastic coach and won everything wherever he went.

'Costa will be missed at Chelsea'

"Conte is a fantastic coach too, because he won everything at Juventus and has already won the Premier League in his first year with Chelsea. Each one has his merits.

"[Conte] is a coach who works hard every day, works a lot of tactics and the physical part. In the last season, he transformed our team when he changed the formation to 3-4-3. We managed to assimilate very well what he asked us in the training sessions and things worked out."

Pressed on what he aspires to in the future, the 29-year-old is hoping for success for both club and country.

"I dream of winning more titles with Chelsea, win a Champions League and Fifa Club World Cup with Chelsea and be one of the best players in the world, as well as win titles with the Selecao (Brazil) and a World Cup."