The self-proclaimed 'Special One' has enjoyed success wherever he has gone, but what exactly has he won and with who?

Manchester United boss Jose Mourinho clearly values the trophies and silverware he has won, as he believes his three Premier League trophies negate the fact that his side lost 3-0 to Tottenham Hotspur in the Premier League earlier in the year.

"I won more Premierships alone than the other 19 managers together," the Portuguese manager said after the loss. "Three for me and two for them."

It's interesting to note that he only mentioned the statistic only after the other manager to have achieved such a feat, Arsene Wenger, left Arsenal.

So just how many trophies has Mourinho won in total, and is he right to justify his trophy cabinet?

He does have a penchant for a spectacular meltdown come his third season in charge.

Goal takes a look at Mourinho's trophy haul from his early years right up to the present day.

How many titles has Jose Mourinho won?

Mourinho has won eight league titles during his managerial career and he has done so in four different countries: Portugal, England, Italy and Spain.

He has won a total of 13 domestic trophies and is a two-time winner of both the Champions League and Europa League.

All in all, since 2003, the Portuguese has amassed 25 trophies as a manager. 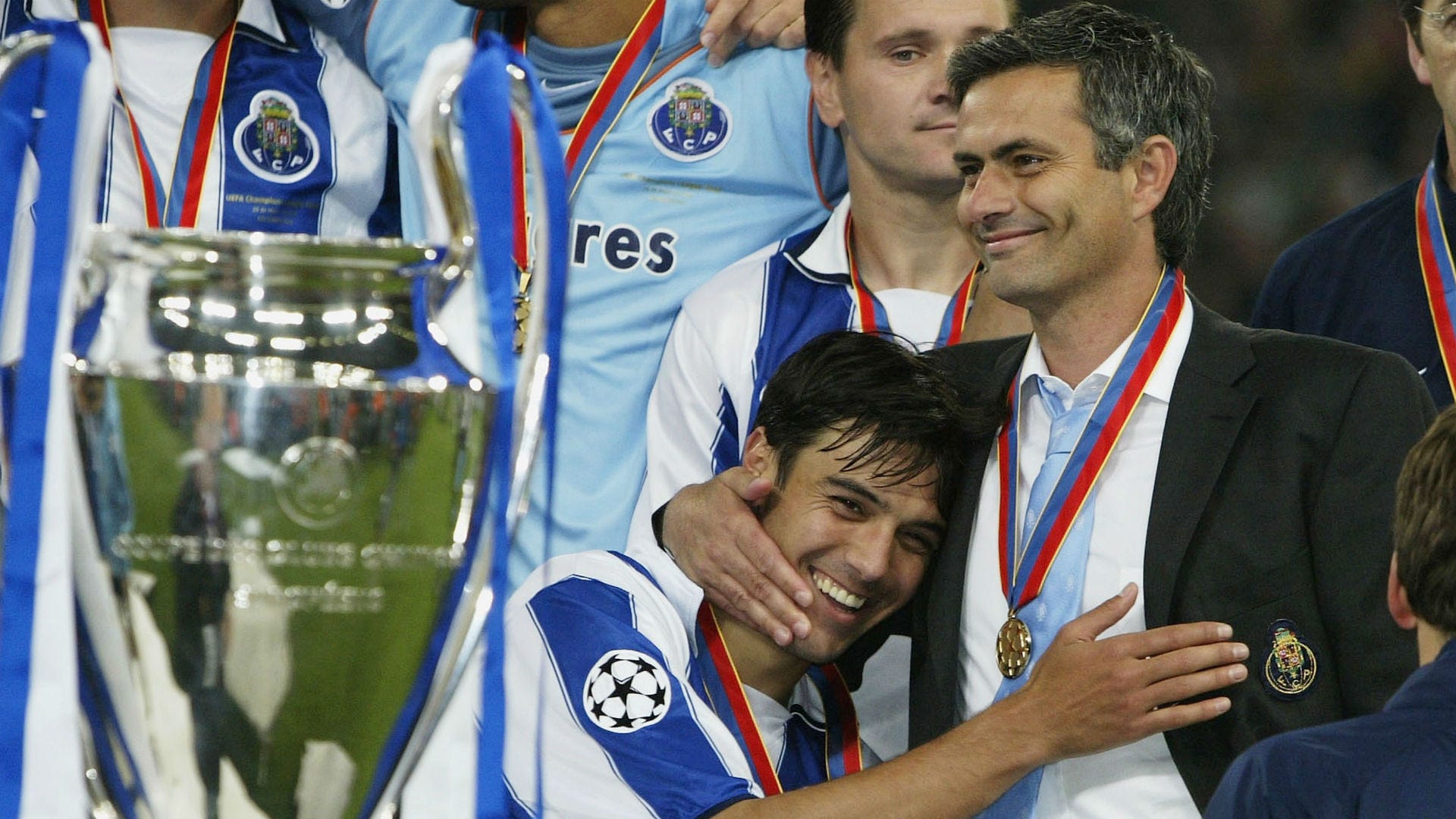 Mourinho began his coaching career in earnest under the tutelage of Bobby Robson, whom he first encountered while working as an interpreter at Sporting Lisbon, and he served as the Englishman's assistant at both Porto and Barcelona, before later working with Louis van Gaal at Camp Nou.

His first managerial role came at Benfica, where he succeeded Jupp Heynckes in 2000, but it was a shortlived enterprise as he departed the position after just nine games. He then moved on to Uniao de Leiria in 2001 and his relative success there in the space of six months resulted in a return to Porto - a team his side were ahead of in the Primeira Liga.

And it was at the helm of the Dragoes that Mourinho made his name as a manager, winning a league, cup and UEFA Cup treble in 2002-03 - his first full season in charge.

However, his success in the following season was what truly marked him out as a force to be reckoned with as he retained the league title and won the Champions League, defeating Man United, Lyon and Deportivo before vanquishing Monaco in the final. 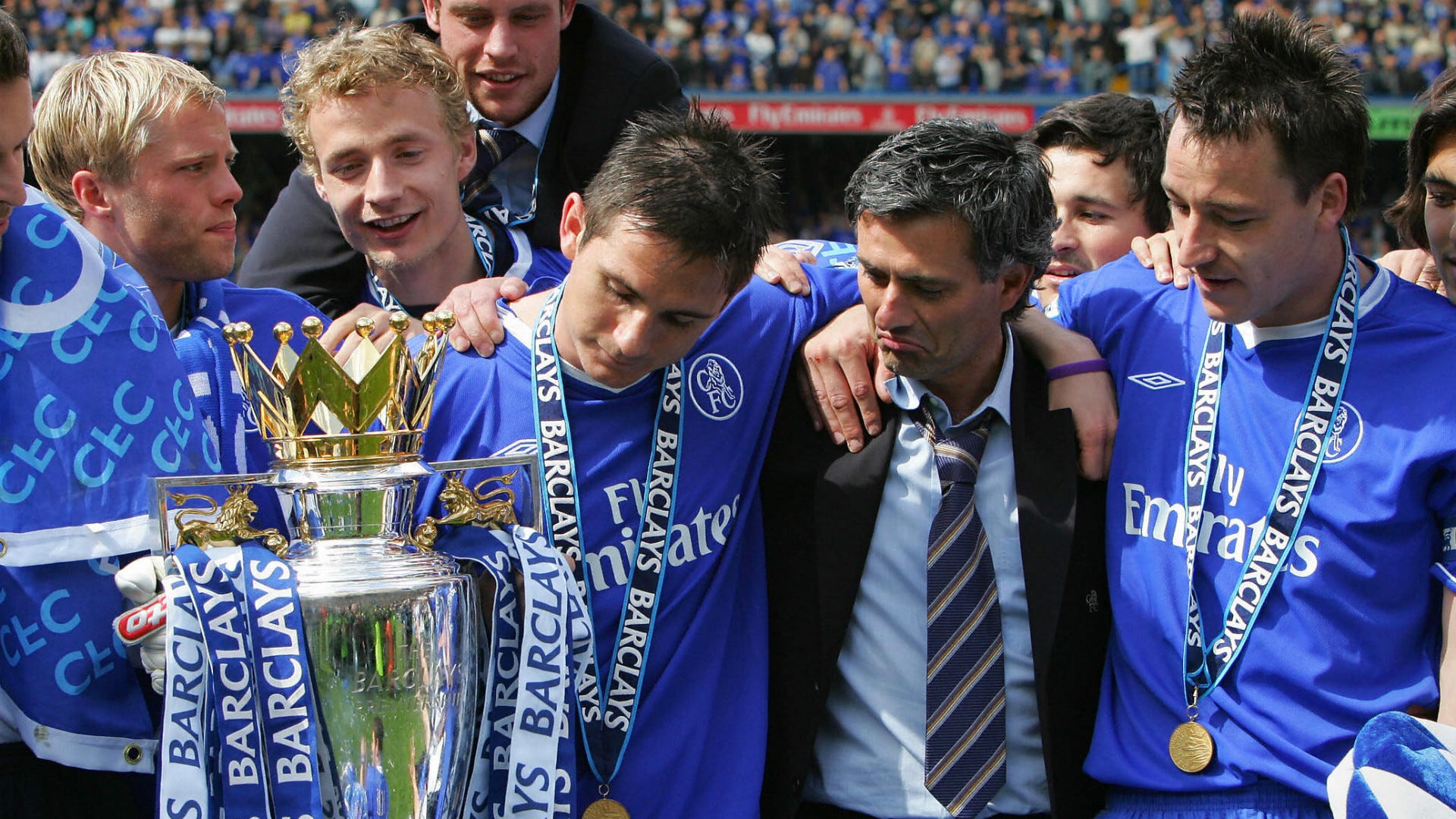 After shaking up Europe with back-to-back UEFA Cup and Champions League success Mourinho's stock had risen considerably and he was chosen to succeed Claudio Ranieri at Chelsea ahead of the 2004-05 season.

He hit the ground running at Stamford Bridge, winning the League Cup against Liverpool before going on to clinch the Premier League title with a record tally of 95 points, which saw them finish 12 points ahead of their nearest rivals Arsenal.

The next season, Mourinho and Chelsea won the Community Shield and retained the Premier League. The 2006-07 season saw Mourinho relinquish the Premier League title as they finished second to Man United, but he did manage to get his hands on a second League Cup and his first ever FA Cup.

Frustratingly for Chelsea, Mourinho was unable to deliver a Champions League during his time in charge, but he would go on to lift the trophy in his next job. 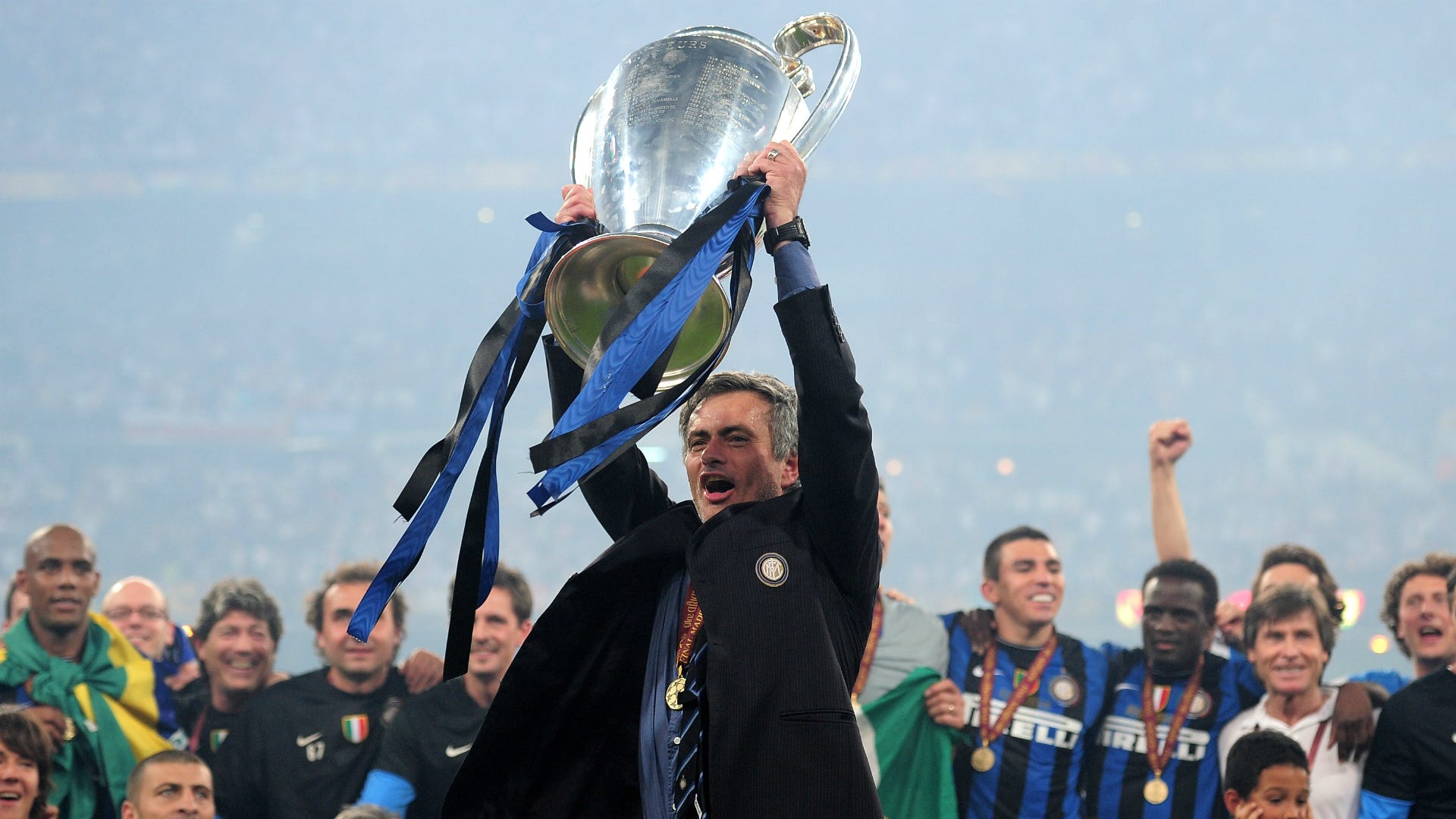 Despite departing Chelsea at a low ebb at the beginning of the 2007-08 campaign, Mourinho's reputation as a coach who delivers success was untarnished and he was soon back in work when Inter appointed him as Roberto Mancini's successor in 2008.

As he had done at Chelsea, Mourinho hit the ground running with the Nerazzurri, beating Roma to land the Supercoppa Italiana before winning Serie A by 10 points. The following season turned out to be even better as a dominant Inter side, featuring the likes of Wesley Sneijder, Samuel Eto'o and Javier Zanetti, swept to a treble, winning the Coppa Italia, Serie A and the Champions League.

It was Mourinho's second treble of his career and his second Champions League title, but it was the first time an Italian team had managed to achieve a treble. Mourinho overcame his former club Chelsea as well as Barcelona en route to Champions League success and the manner of their triumph alerted Real Madrid, who came calling for his signature in 2010. 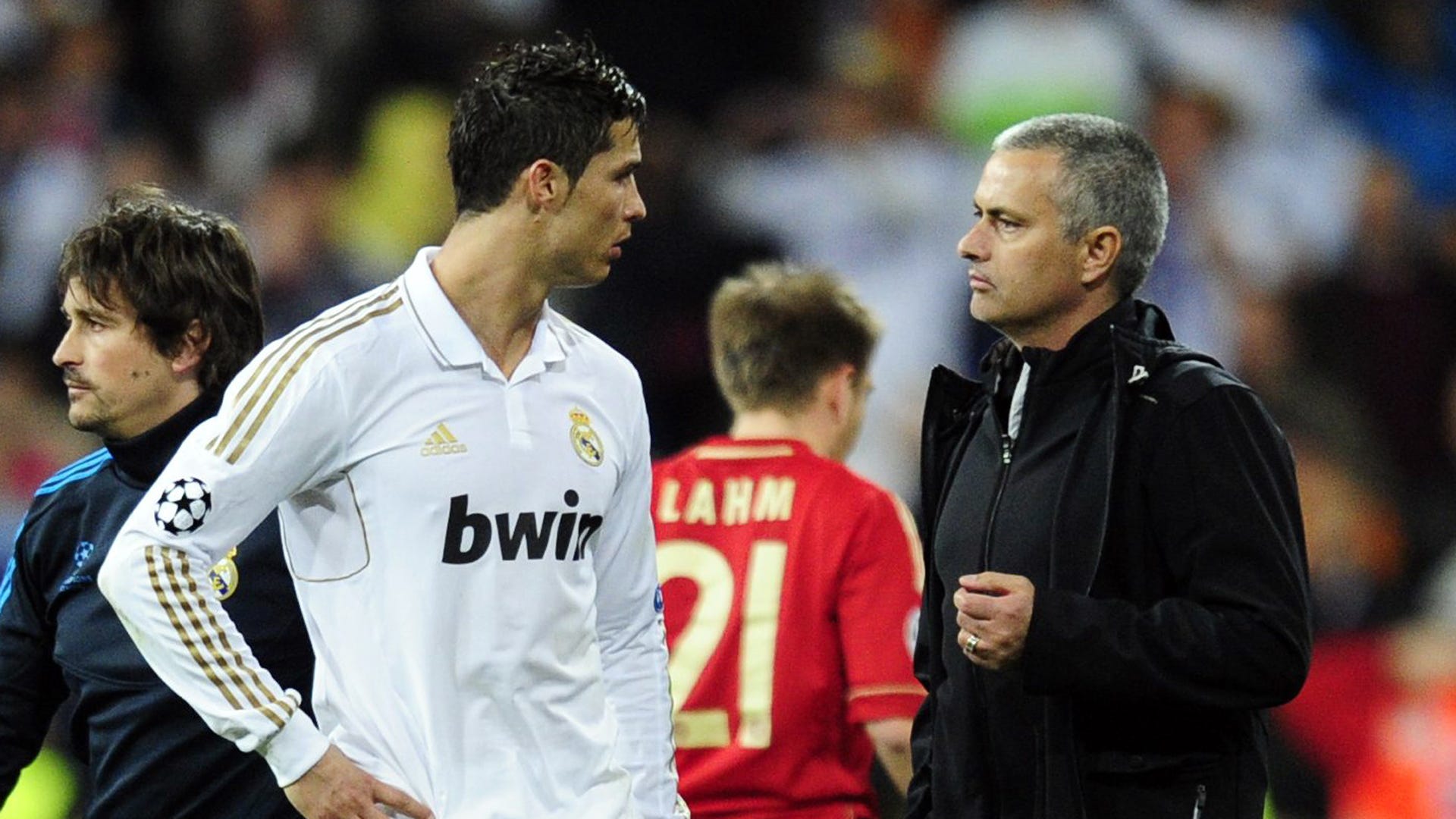 Having inspired Inter to a dominant season in 2009-10, topped off with the Champions League title, Mourinho was regarded by the hierarchy at Real Madrid as the ideal man to break Barcelona's dominance under the reign of Pep Guardiola and he did so, to an extent.

The Portuguese won one trophy in his first season at the helm at the Santiago Bernabeu, beating Barca to lift the Copa del Rey, but they finished runners-up to their Catalan rivals in La Liga. He would go on to clinch league glory the following season though, ending Barca's stranglehold on the division.

His final season in charge of Madrid was a disappointment, however, as they lost the Copa del Rey final to Athletic Bilbao, finished second to Barca in La Liga and, once again, failed to make an impact in the Champions League. The Supercopa de Espana win at the start of the season was the only silverware of the campaign.

Despite winning La Liga, preventing Barca from winning it four seasons in a row, Mourinho's time in the Spanish capital was beset by controversy and the toxic nature of his management was encapsulated when he gouged the eye of Tito Vilanova in the middle of a melee between the Real and Barca squads in the 2011 Supercopa de Espana.

Even though he posted one of the best win percentages of his career, with just one league title and zero Champions League success, his three-year tenure at Real Madrid is ultimately viewed as a failure and, relative to his previous jobs, a total of three trophies paled in comparison. 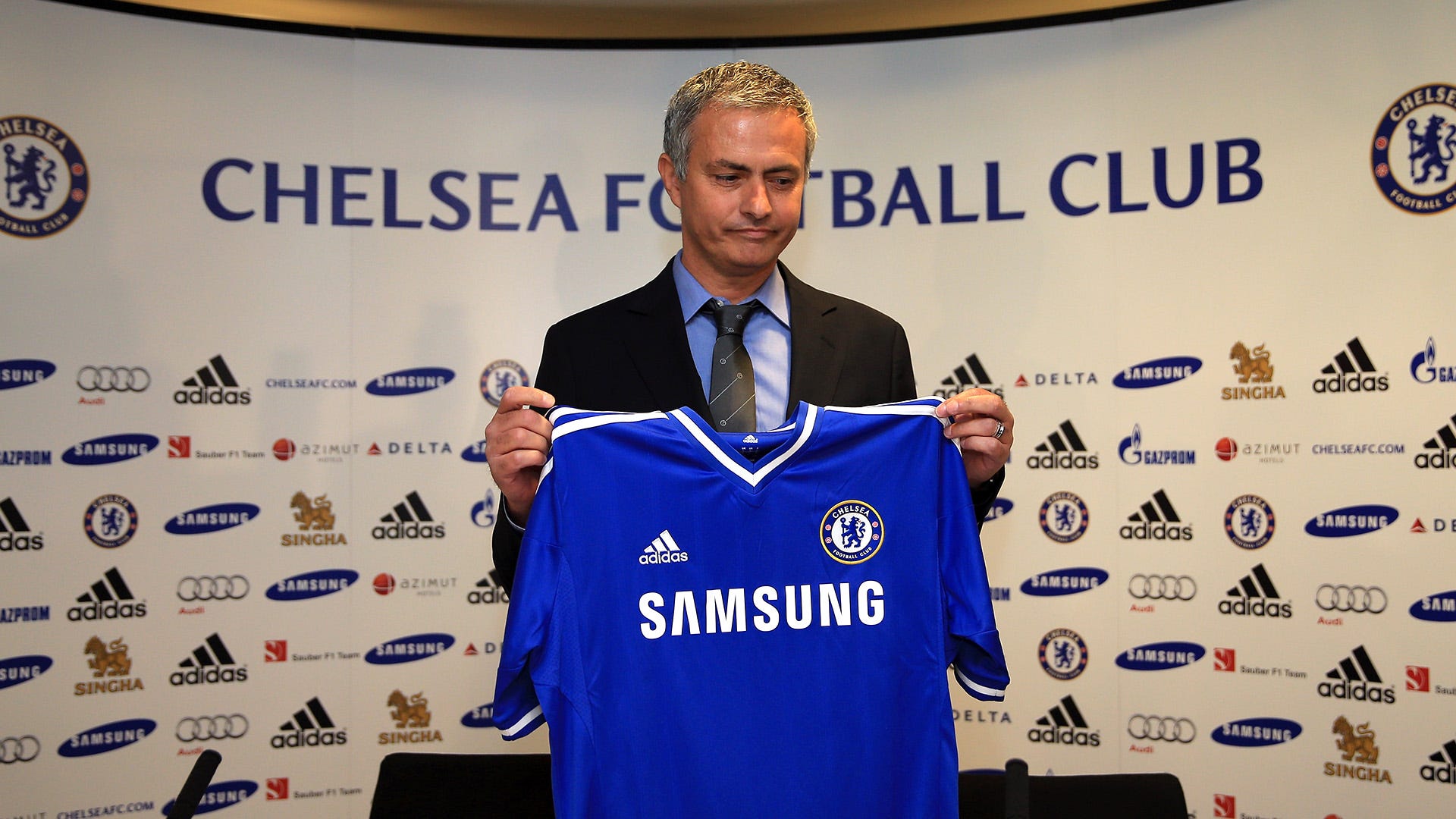 Mourinho made a sensational return to Chelsea ahead of the 2013-14 season, six years after departing the club, and he was tasked with restoring the club to the top of English football after missing out on the Premier League in 2011 and 2012.

However, it took the Portuguese slightly longer to deliver success than it did in his first tenure and the Blues could only manage a third-place finish in 2013-14, while they were knocked out of the Champions League at the semi-final stage. Chelsea won no silverware in the first campaign after Mourinho's return.

Nevertheless, having impressed his will on the new squad by bringing in the likes of Diego Costa and Cesc Fabregas, the following season proved to be a different story altogether as Chelsea beat Tottenham to lift the League Cup and cruised to the Premier League title, finishing eight points ahead of Manchester City. The only negative mark against Mourinho's Blues in 2014-15 was their performance in the Champions League, which saw them dumped out at the last-16 stage by Paris Saint-Germain.

Having reclaimed the Premier League for the first time since 2010, Chelsea and Mourinho appeared to be a good fit and the club offered him a new deal ahead of the 2015-16 campaign. However, disaster followed as Mourinho's men struggled badly in the league as well as exiting the League Cup early. Subsequently, mid-way through the season, the Portuguese parted ways with the club, having lost nine of 16 games in the league. 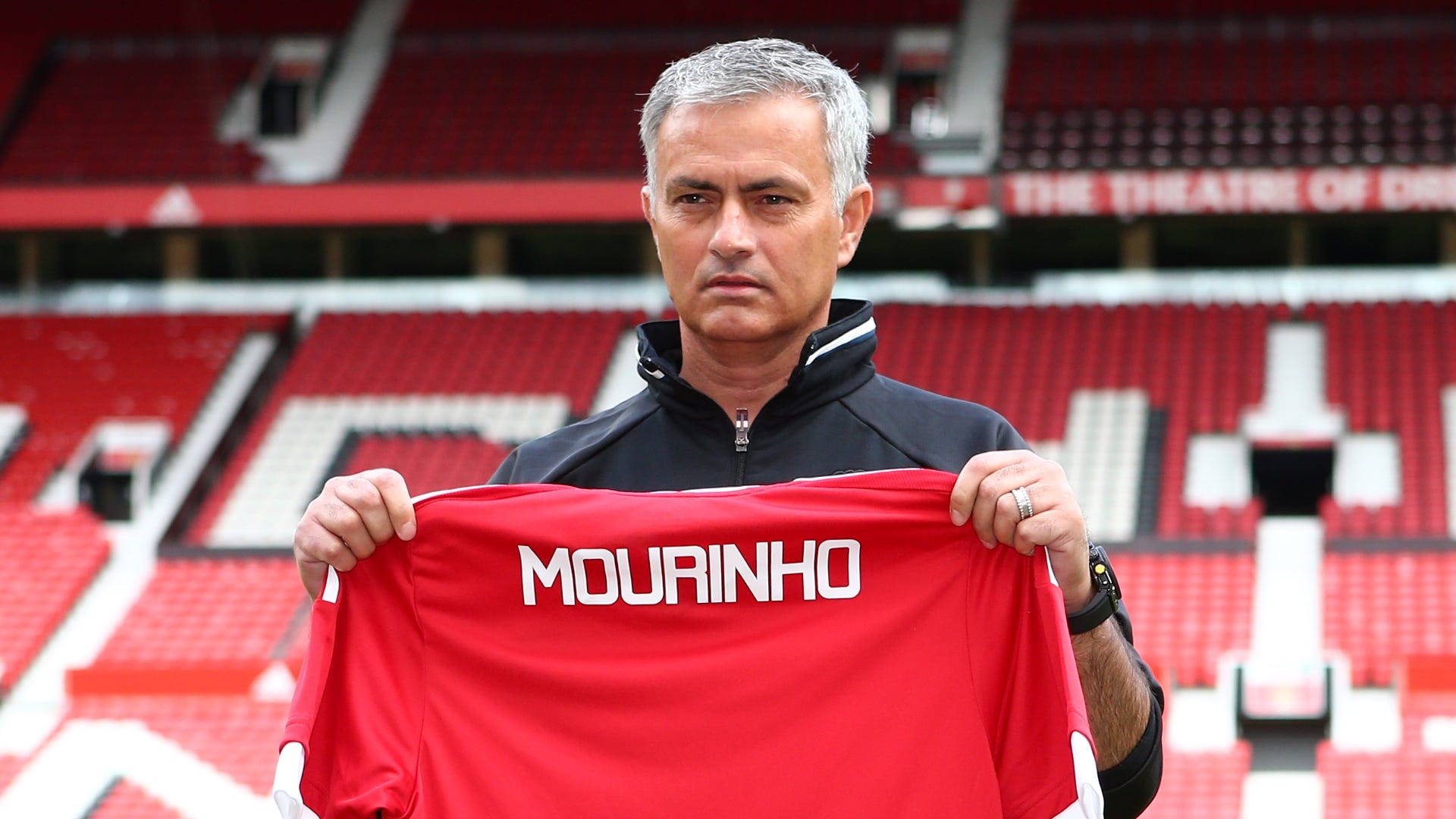 Mourinho was appointed as manager of Manchester United ahead of the 2016-17 season, replacing Louis van Gaal as Red Devils boss. United had endured a difficult number of years since the retirement of Sir Alex Ferguson in 2013, with David Moyes and Van Gaal both struggling to replicate the success achieved under the legendary boss.

With his track record at Chelsea, Inter and Real Madrid, Mourinho was deemed to be the perfect candidate to revive the club's fortunes and his first season yielded three pieces of silverware:  the Community Shield, the League Cup and the Europa League.

Mourinho could only manage a sixth-place finish in the Premier League so winning the Europa League was considered to be a crucial achievement as it ensured the club returned to the Champions League after failing to qualify for the competition due to fifth-place finish in 2015-16.

The Portuguese's second season in charge of the club has seen them improve in the Premier League, but they were eliminated from the League Cup and Champions League, meaning that the FA Cup is now Mourinho's only shot at silverware this season.