The Gunners have completed the signing of Lokonga from Anderlecht, adding to the arrival of Nuno Tavares from Benfica

Two down and who knows how many more to go.

A summer that was billed as having the potential to be unprecedented at Arsenal is now finally beginning to kick into gear.

After a slow start, we’ve seen Matteo Guendouzi and William Saliba both head out on loan to Marseille and we’ve also had our first two new arrivals.

Nuno Tavares was the first through the door, arriving in an £8 million deal from Benfica, and he’s now been followed by Albert Lokonga from Anderlecht.

The 21-year-old midfielder was officially announced as an Arsenal player on Monday and he will be part of Mikel Arteta’s squad who travel to America on Wednesday for the Florida Cup.

So what will the pair bring to Arsenal this season?

Both are young and relatively inexperienced, with only 101 senior appearances between them.

But whilst they might not immediately strengthen the first team, they will certainly add extra strength to a squad that has been in desperate need of an overhaul.

The injury to Kieran Tierney towards the end of last season caused Arsenal major problems, with Sead Kolasinac having been loaned to Schalke in January.

Without a natural alternative to the Scotland international, Arteta opted to use Granit Xhaka on the left side of the defence, moving him out of his usual role in the heart of midfield.

Xhaka did not let anyone down with his performances, but it was clear that Arsenal were in desperate need of another left-back this summer.

So that’s why it was a priority position during the window and, while the likes of Ryan Bertrand and Patrick van Aanholt were considered, it was the 21-year-old Tavares who Arsenal decided to bring in. 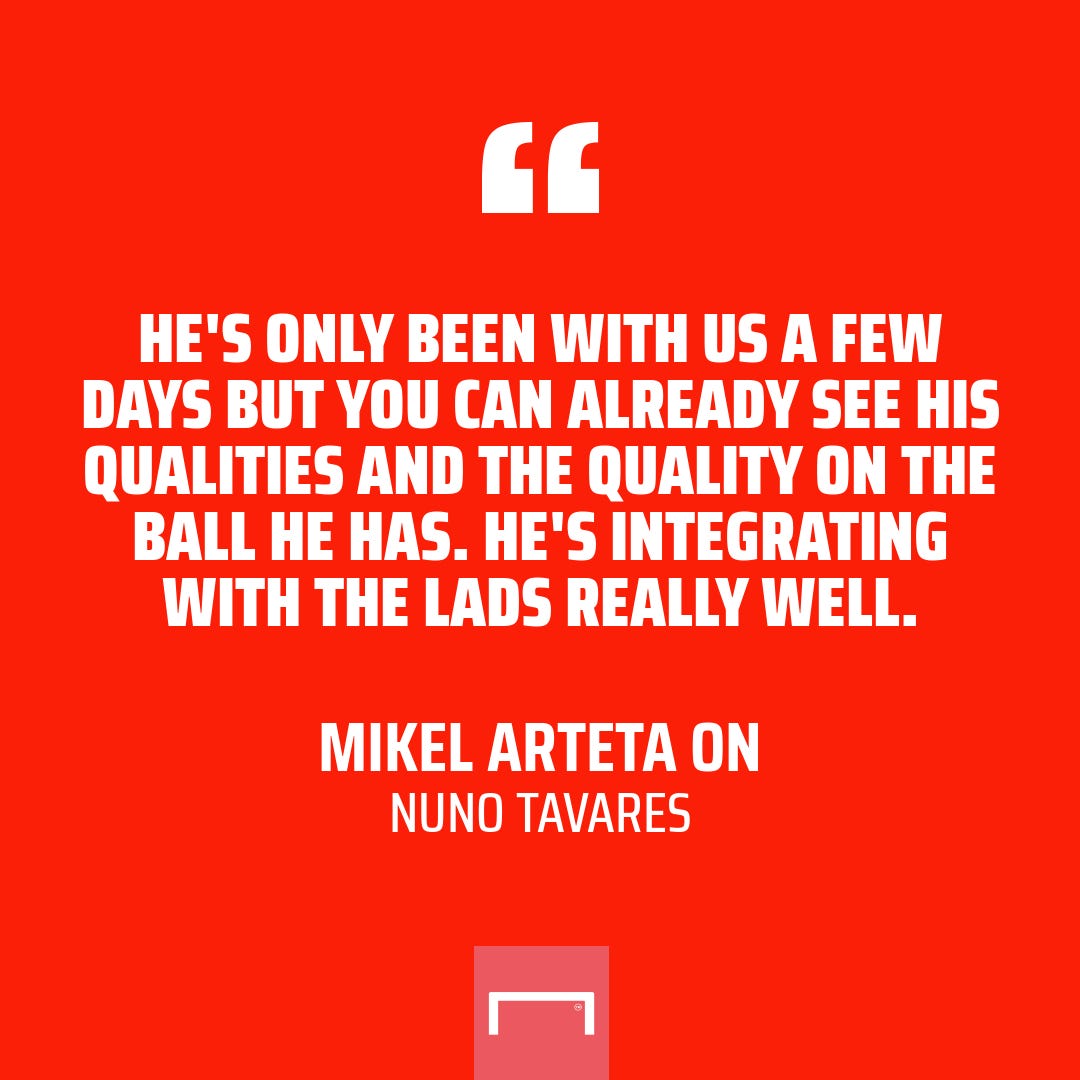 “He is a young player with great promise who has developed very well with Benfica in recent seasons,” said Arteta.

“Nuno’s arrival will give the squad extra strength and options in defence, particularly with his energy on the left side of the pitch.”

Tavares will not just provide Arteta with another option on the left side of defence, he will also add some much-needed versatility.

While his natural position is at left-back, he can also operate on the opposite flank as he has a strong right foot, as he demonstrated perfectly on Saturday when he marked his Arsenal debut with a fine right-footed finish in the 2-2 draw at Rangers.

His attacking instincts have also seen him deployed as a left winger from time to time.

Tavares has excellent pace and likes to bomb forward. In his 41 appearances for Benfica he has scored one goal and provided seven assists.

"I am fast,” he said, when asked what his best qualities are.

“I am good at shooting with my right foot, but I'm left footed.

"I can dribble, improvising. That's my qualities, my technique. I have more qualities and I will find more in this club."

It’s notable in those quotes that the Portugal Under-21 international does not list one single defensive attribute amongst his best qualities and, for a defender, that is hardly ideal.

At the back, he is known for lapses in concentration and that will be something Arteta and his coaching staff will be looking to improve on as he continues to develop over the coming years. 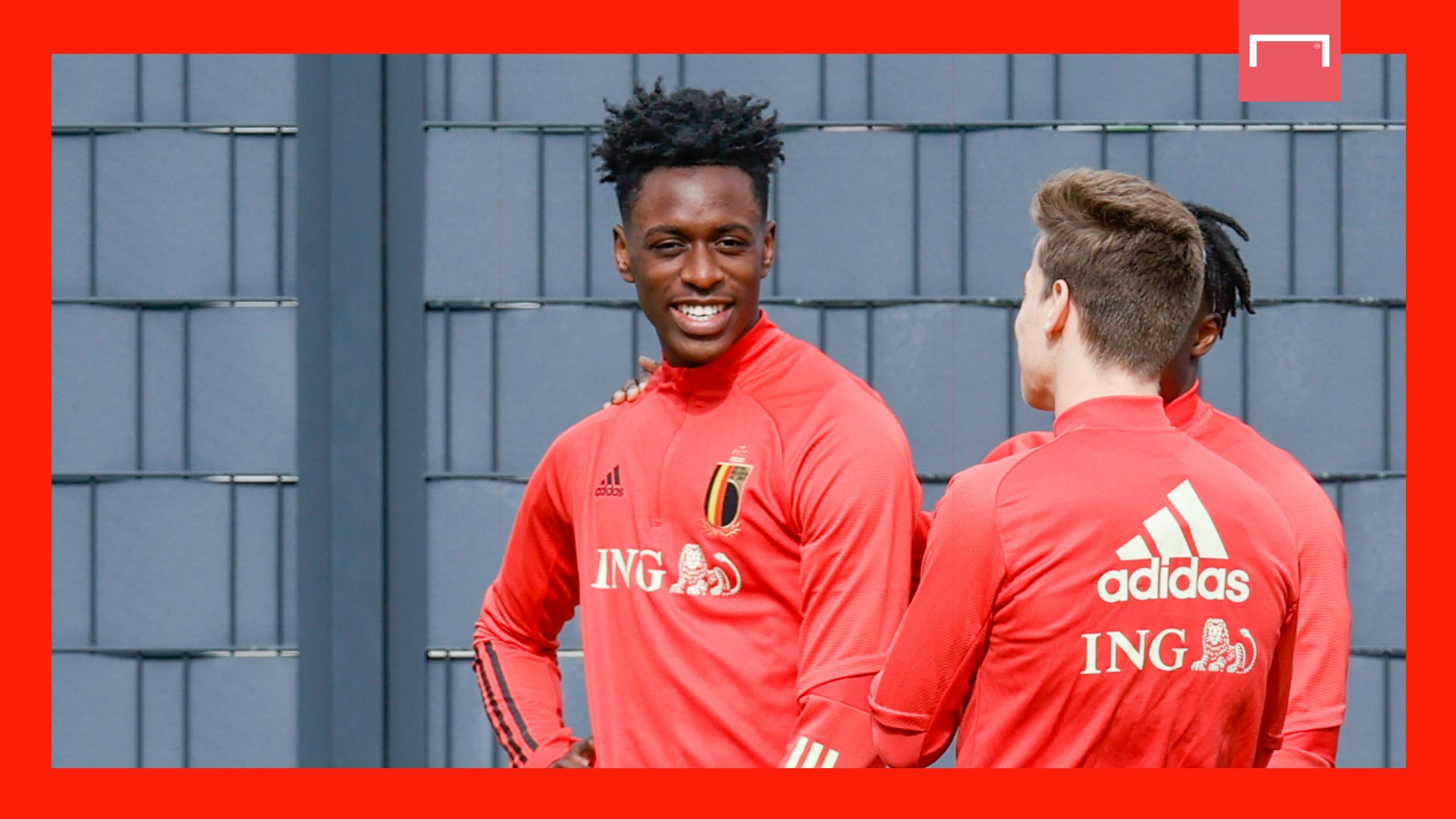 While Tavares might have to wait for his opportunity next season, Lokonga will be hoping to make more of an immediate impact in north London following his move from Anderlecht.

The midfielder arrives as one of Belgium's most valued young players and will immediately be looking to force his way into the first-team picture at Arsenal.

With Guendouzi having joined Marseille and Lucas Torreira expected to leave before the end of the window, Arsenal’s options in central midfield are beginning to look a bit stretched.

And that’s before you factor in Xhaka’s potential move to Roma and both Thomas Partey and Mohamed Elneny’s involvement at the Africa Cup of Nations halfway through the season.

So Lokonga could have a significant part to play during his debut season in England, even if Arsenal are expected to bring in a more experienced central midfielder to partner Partey before the end of the window.

Although he is only 21, Lokonga plays with a maturity about him, with Anderlecht boss Vincent Kompany even handing him the captaincy at one point last season.

He is strong defensively and likes to operate as a holding midfielder, but he does have the ability to break the lines and drive forward from deep to support the attack.

He has an excellent range of passing, but does not score many goals, which is something Arteta will hope to develop in his game as he settles into his new surroundings and adjusts to the demands of the Premier League. 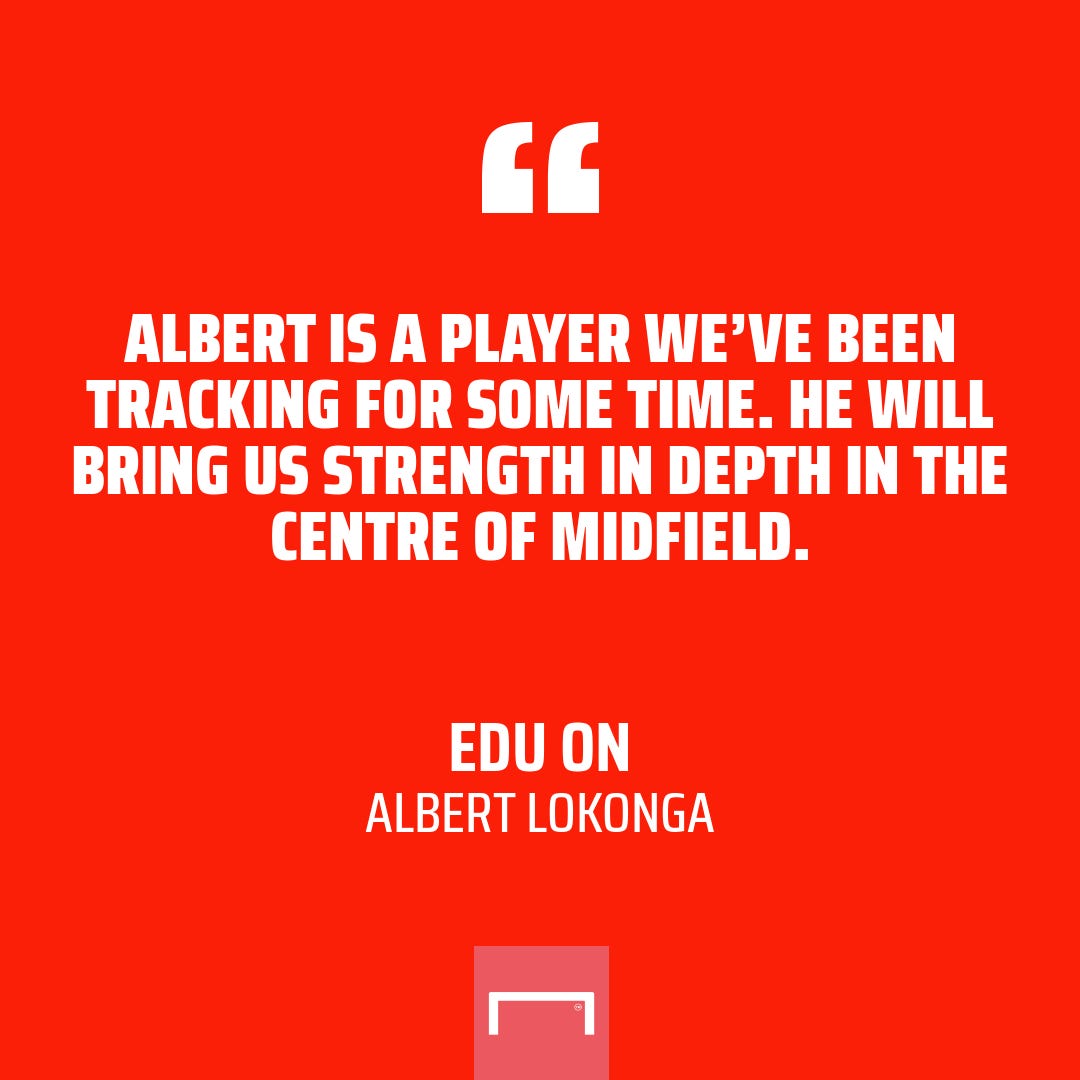 “Albert is a very intelligent player who has shown great maturity in his performances during his development," said the Arsenal boss.

"He has been coached well by Vincent Kompany and his team at Anderlecht. I know Vincent very well and he talks so highly about Albert and the positive impact he had to Anderlecht in recent seasons.

"We’re confident Albert’s ready for the next stage in his development and we’re looking forward to welcoming a new member to our squad with his quality and presence.”

"Albert is a player we’ve been tracking for some time," technical director Edu added.

"There was a lot of interest in him and he was a big target for us. He will bring us strength in depth in the centre of midfield."

Arsenal have undoubtedly strengthened their squad with the additions of Tavares and Lokonga.

They have filled positions they started the window looking to fill and they have brought in two talented young players who have a high ceiling to improve.

But given their age and relative lack of top level experience, what is vital now is that other new arrivals that follow have the quality to strengthen the first team immediately.

Two successive eighth-placed finishes in the Premier League tell their own story and, while Tavares and Lokonga look like two clever and needed additions, much more work needs to be done to get Arsenal competing with the best again.