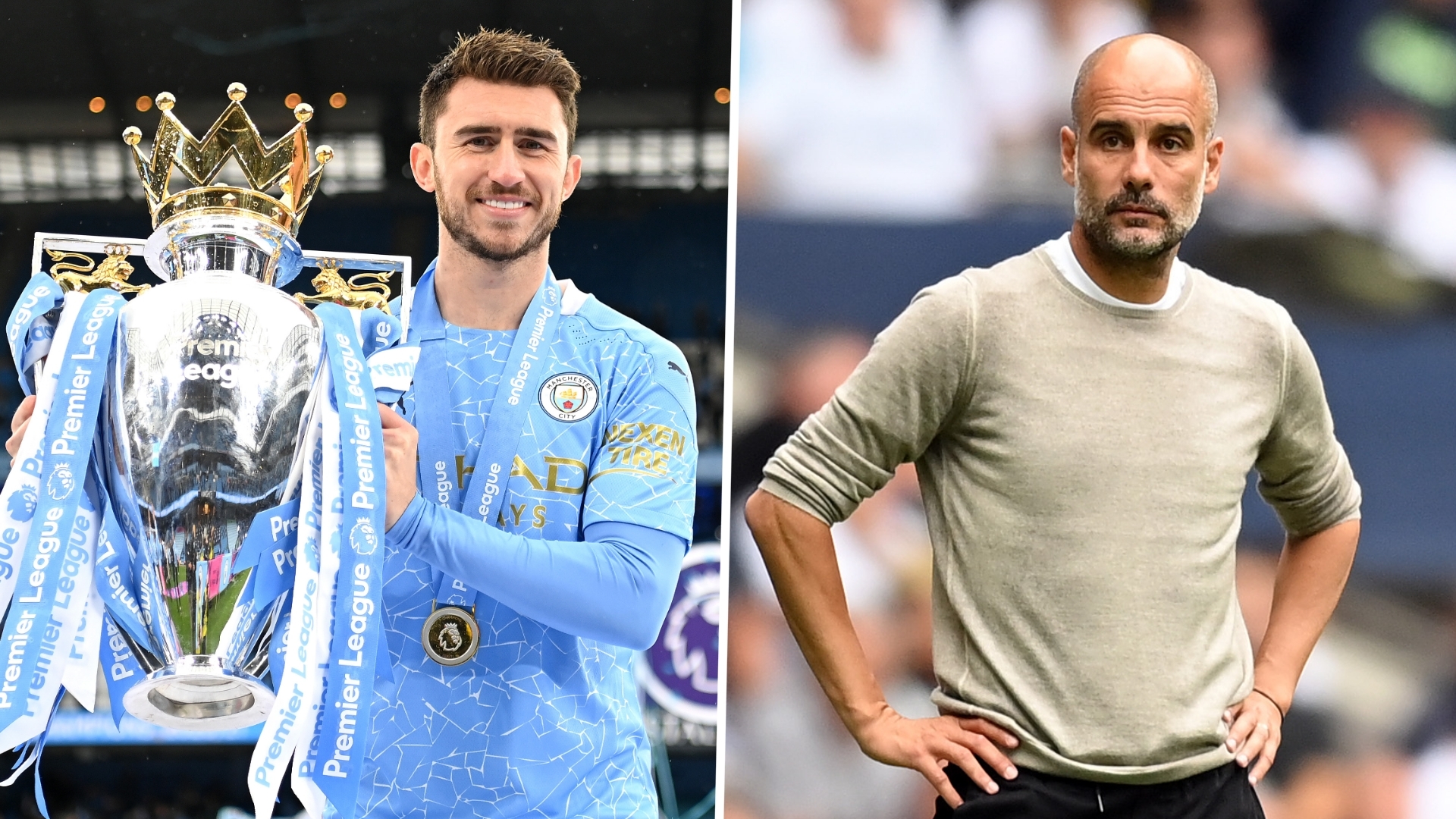 It was at the start of 2020 that Pep Guardiola described Aymeric Laporte as the "best left-sided central defender in the world".

But for the majority of 2021, he wasn't even viewed as the best left-sided central defender at Manchester City.

Now, the centre-back faces an uncertain future, with the 27-year-old set to start the new season as the third choice centre-back.

Guardiola has said that " two or three" players would like to leave the Etihad Stadium before the transfer window shuts at the end of August and while he did not confirm any names, Laporte is believed to be one of them.

A lot has happened since Guardiola lauded Laporte's return last January, after he had missed four months of the season with a knee injury.

Most notably, City broke their own transfer record last summer when they brought Ruben Dias to the club in a £62 million ($79m) deal from Benfica.

Guardiola had needed a senior centre-back following the departure of Vincent Kompany and Laporte's lengthy absence only further exposed their shortage in the centre of defence, which is why he also signed Nathan Ake from Bournemouth for £40m ($53m).

At 23, Dias was viewed as a long-term option for the club but his immediate impact took many, including Guardiola, by surprise.

A natural leader, the Portuguese international was instantly vocal in the dressing room and organised a defence that had lost some of its resilience and confidence.

City coaches were taken aback at how quickly he coped with the Premier League, going on to be named Football Writers' Association (FWA) Footballer of the Year after they claimed the title.

"When you buy a player, you never know what is going to happen but he is a guy who can play every three days and his recovery is immediate, his ability is incredible and he understands the game, he wants to learn," Guardiola said in January.

"All of us are impressed with how quickly he takes care of his body and his mind. We are surprised a lot every day."

Still, that shouldn't have been a problem for Laporte.

Dias was signed to play alongside the former Athletic Bilbao defender to form a rock-solid central defensive pairing.

Except that Dias looks equally comfortable on either side of defence and John Stones re-emerged from the shadows of the City squad to produce his best-ever form for the club.

The England defender's own future looked in doubt but he was thrust into the opening game of the season at Wolves with so many of his team-mates having returned late to the club after a draining, extended season.

Only a month earlier, he had sat on the bench as a makeshift back-three of Laporte, Fernandinho and Eric Garcia were surprisingly beaten by Lyon in the Champions League mini-tournament in Lisbon.

Patiently, Stones waited for his opportunity, working hard in training and showing the sort of ball-playing ability that Guardiola wanted and believed in.

A poor start to the season culminated in a 2-0 defeat at Spurs that left City languishing in the bottom half of the table.

Guardiola was frustrated with the performance and particularly the first goal. Laporte was naively drawn to Harry Kane's movement, which allowed Son Heung-Min to run in behind and score an easy opener.

Laporte's demotion to the bench coincided with a breath-taking turn in form for City, who went unbeaten in their next 28 matches, 25 of them victories.

But the statistics around that dramatic change in form, particularly around the defence, are remarkable. Ahead of the defeat to Manchester United on March 7, Stones and Dias had actually scored more goals (five) than they had conceded playing together (four).

Their partnership would flourish all season long. Dias had introduced a unity in the defence clear to see from the way he, Stones and Oleksandr Zinchenko celebrated after making a block in the Champions League semi-final victory over Paris Saint-Germain.

Laporte was suddenly on the outside, and not for the first time..

He was curiously overlooked by France manager Didier Deschamps, who never gave him an international cap despite impressive club performances and calling him up to his squad on several occasions.

Tired of the situation, Laporte took matters into his own hands this summer and opted to play for Spain. While he faced tough questions when announcing the switch, he looked happy to be part of Luis Enrique's squad and being given the opportunity to play at a major tournament.

The question is will he now make a similar decision over his club future, particularly if he remains on the sidelines.

There are no shortage of admirers, particularly from La Liga, after he impressed for the national team at Euro 2020.

But football finances in Spain were impacted massively by the coronavirus pandemic and with four years remaining on his contract, City are under no pressure to sell.

Guardiola has no doubts about his ability: "It depends on him, the quality is there,” he said midway through last season.

Laporte's future still depends on him.